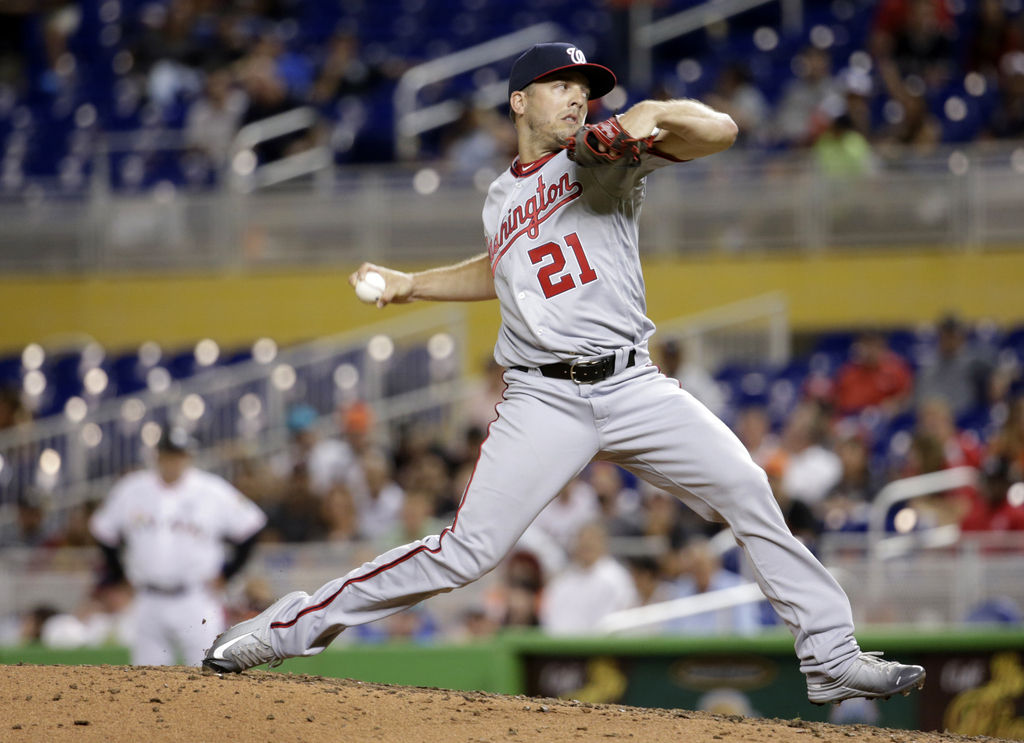 "It was a very interesting conversation," Baker said. "This guy is probably the independent leagues' pinup boy. He has been through the bushes. I've always heard he's fearless, and now I see why. He has nothing to lose."

The Nationals barely beat the trade deadline Monday to acquire Kintzler, who made the AL All-Star team this season and saved 28 games for the Minnesota Twins. He joins a team with championship aspirations that has built a big lead in the NL East despite the league's worst bullpen ERA.

Kintzler made his Nationals debut in Wednesday's 7-0 loss at Miami, and retired all four batters he faced with two strikeouts. He spent seven years in the minors before making the majors, and said he was mindful of that while pitching in the All-Star Game last month, also in Miami.

"When I got traded over here I thought, it's going to be the same thing," he said. "I get to come to the big stage with a great team. You never know — pitching in the World Series is a privilege we all work for."

Kintzler joins Ryan Madson and Sean Doolittle, both obtained July 16 from the Oakland Athletics, in the back of the bullpen. The deals transformed the Nationals' biggest weakness into a strength, but Baker hasn't designated anyone as the closer.

With a laugh, Kintzler said he was told to be ready to pitch any time after the fifth inning.

"There are no defined roles," he said. "I'm sure that will play out in the end. We just come in and do our jobs. It seems like a great group of guys. Everyone just wants to win, and I'm all for that. I'm here to do whatever I can."