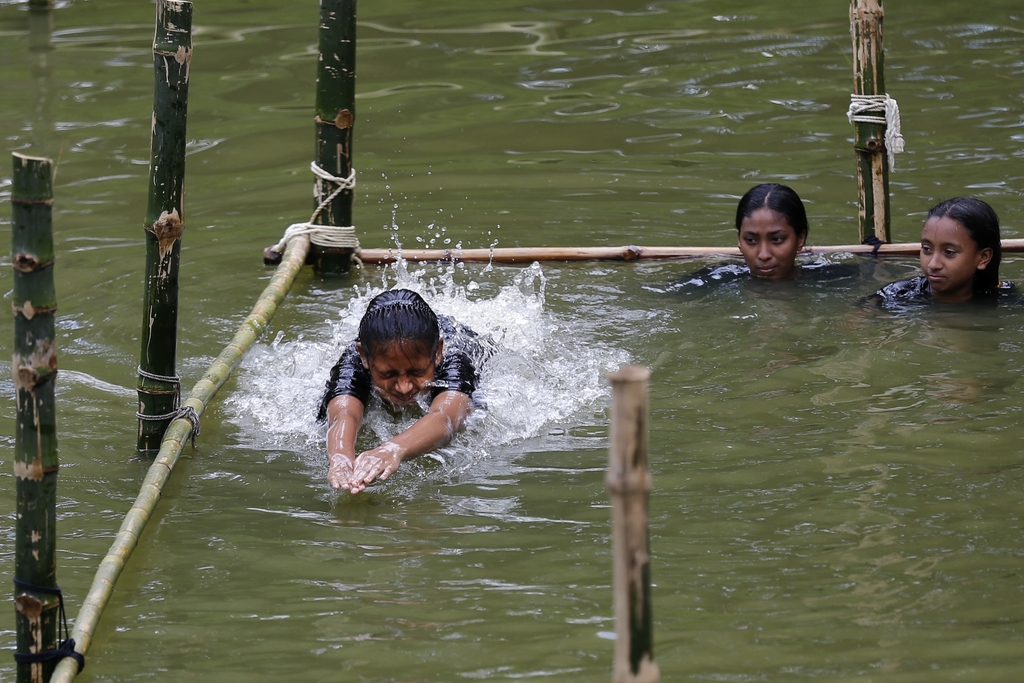 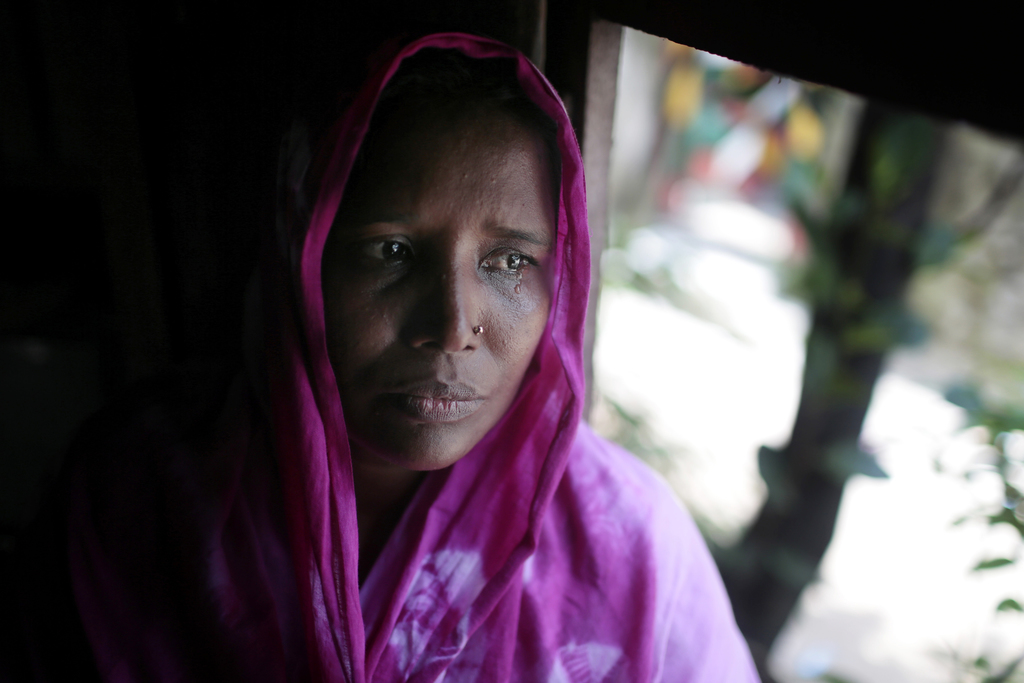 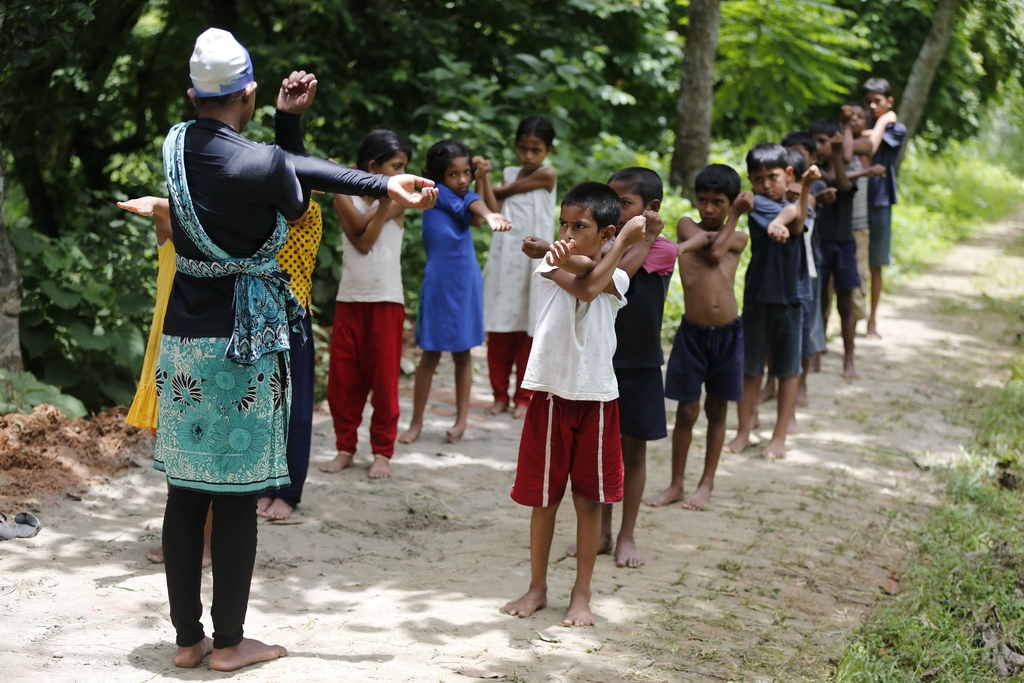 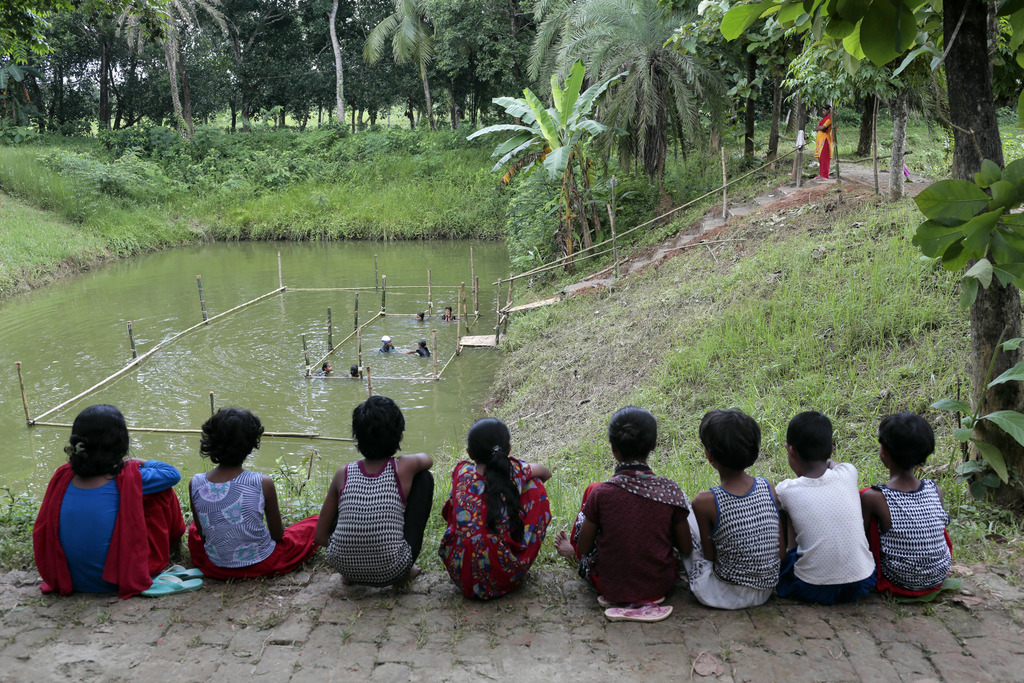 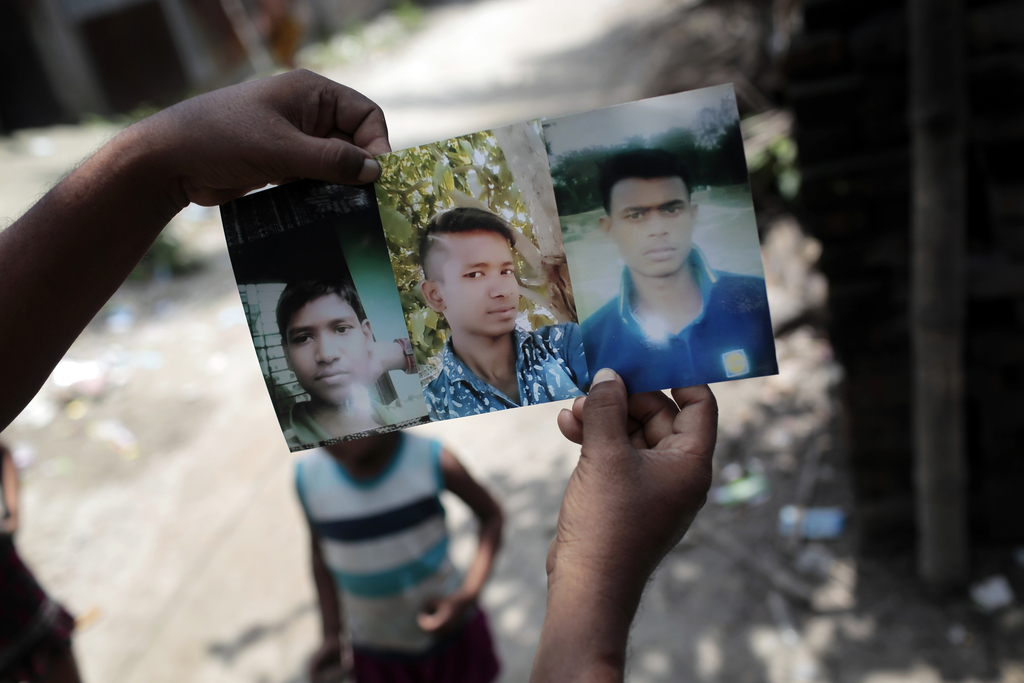 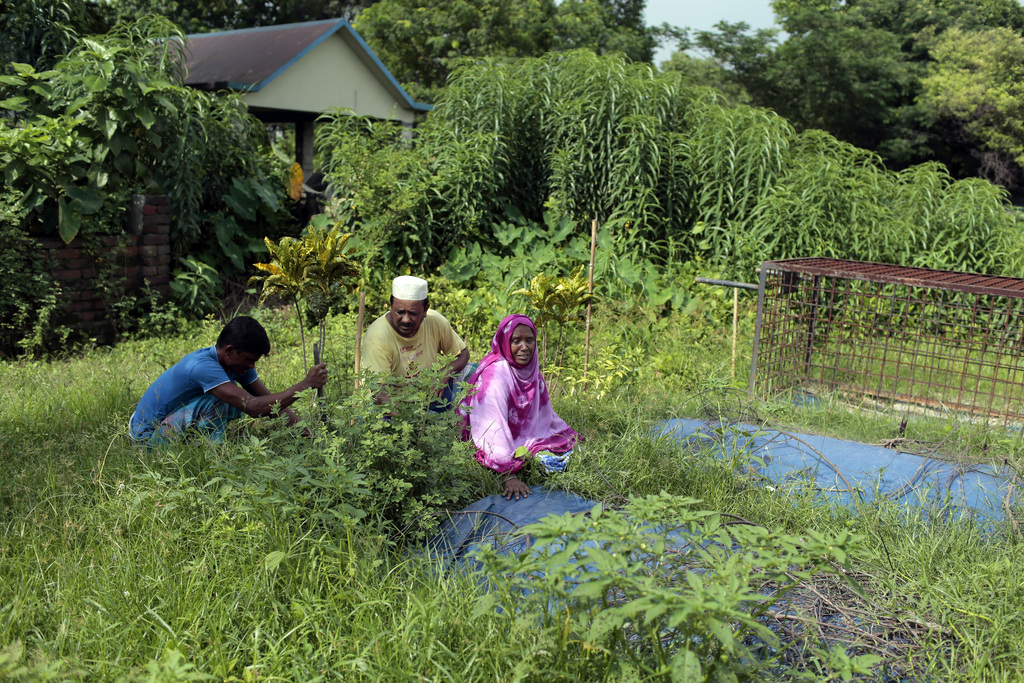 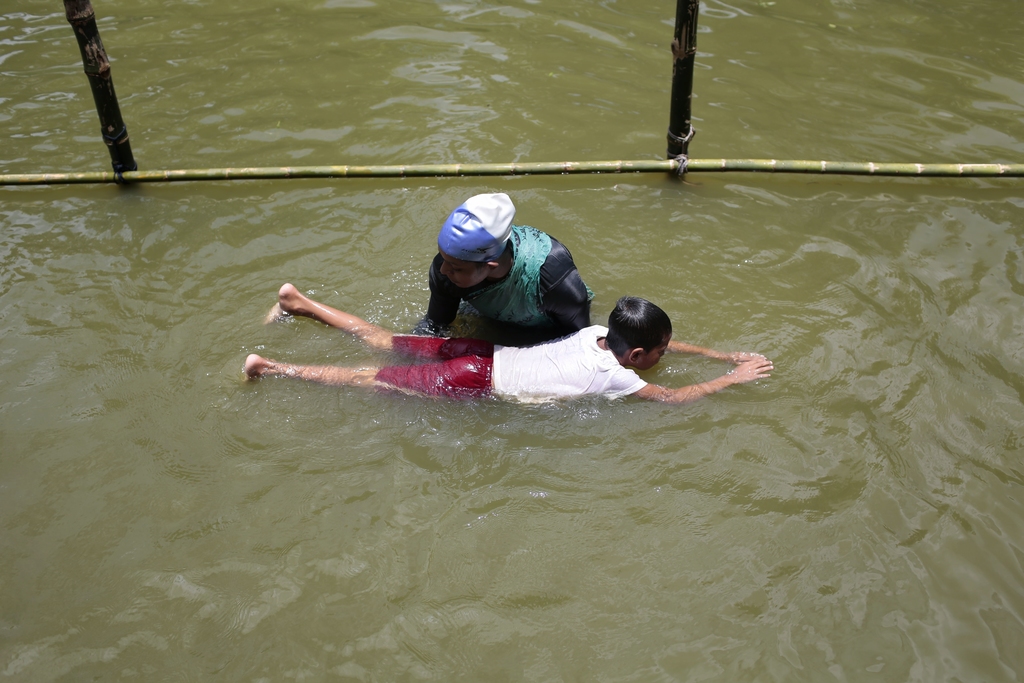 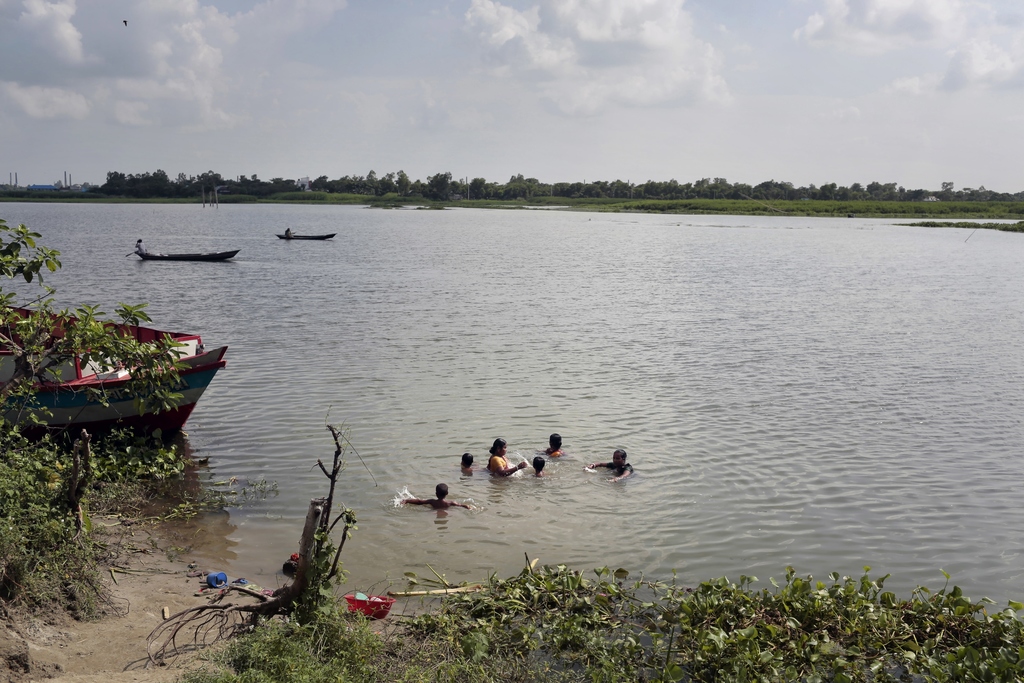 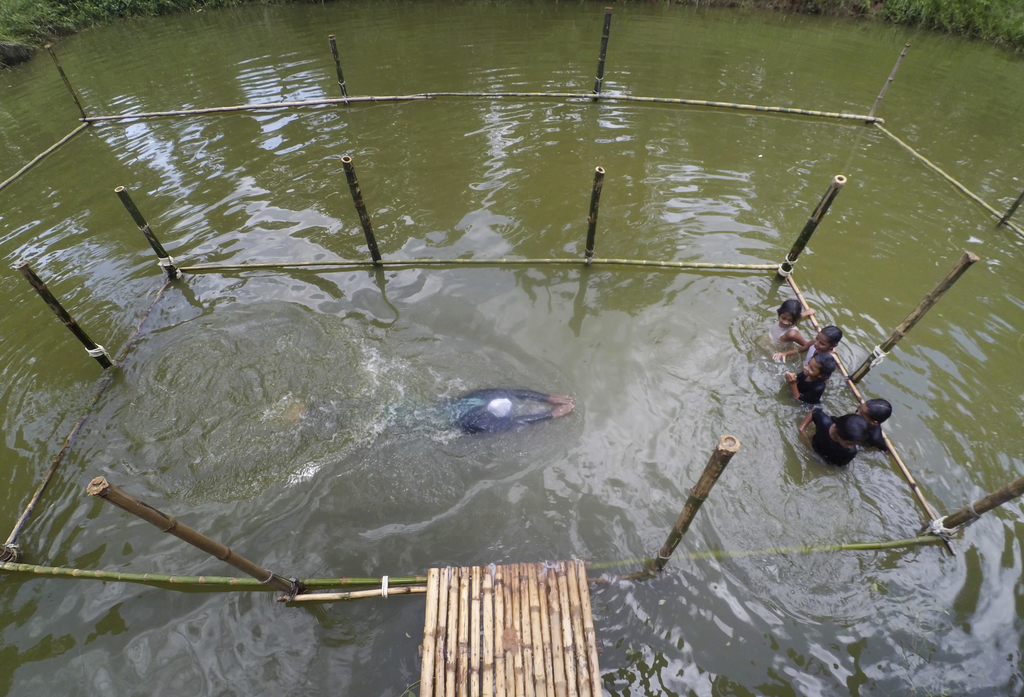 SREEPUR, Bangladesh (AP) — The 11-year-old girl, once frightened to go near the water, is practicing how to float in a makeshift swimming pool made of bamboo. As she maneuvers through the water, children surrounding the pool cheer.

This is more than a fun summer splash. She is learning to swim to avoid becoming one of the 50 children who die each day in the hundreds of canals, rivers and streams crisscrossing the delta nation of Bangladesh.

"I was afraid of water, I never thought of jumping into water," the girl said. But with swimming skills, "if we fall into any danger ... we could save our lives."

Drowning is a major cause of death among youngsters in Bangladesh, claiming up to 18,000 children under the age of 18 every year — and 43 percent of deaths among children under 5, according to a 2011 government survey. One housewife said she is overwhelmed by regret for not ensuring her children could swim, after losing both of her sons and a nephew to a river near their grandfather's village not far from the capital of Dhaka in May.

"All the mothers, my sisters, please, remain alert," Samela Begum said, weeping. "Please teach your sons to swim, otherwise your laps will become empty like mine."

In an effort to help mothers like Begum, a British charity has partnered with a Bangladeshi research group to offer swimming lessons in this central Bangladeshi farming village for children from poor, rural families.

"We consider swimming as vaccine for preventing children's deaths," said Aminur Rahman, a lead researcher with the Dhaka-based Center for Injury Prevention and Research , which also offers swimming lessons in other Bangladeshi villages and in the capital. Similar programs have also been started by other groups in the Philippines and Vietnam.

The British charity — based in Kent and named The Sreepur Village, Bangladesh , after its flagship location — recently added the swimming lessons to its overall program aimed at offering commercial skills to some of the 142 single mothers and their 280 children recruited from across the South Asian nation. The idea for them to share the skills with others once they go back to their communities, especially those in the poorest districts where most child drownings occur midday when parents are away at work.

The mothers and their children live at Sreepur Village for up to three years. The village was established in the 1980s by a British charity worker to help impoverished Bangladeshi women and has modest concrete homes, playgrounds, a clinic and more than 18 acres (8 hectares) of farmland.

"This is not about teaching children to be excellent competitive swimmers," said Matthew Silvester, a child development specialist from London who works in the village. "This is purely a drowning prevention scheme to make sure that our children are protected and have the skills required."

The program begins with smaller children spending a half-hour splashing around in a 3-foot-deep swimming tank strewn with brightly colored toys. Nearby, in a natural pond, two instructors teach about six older children the basic strokes and survival techniques. A dozen other children wait nearby for their 30-minute turn, some of them jogging, stretching or doing light calisthenics before diving in.

"It's all about confidence," said Mukta Tarafder, one of the instructors. "Those who used to be afraid of water are no longer afraid."