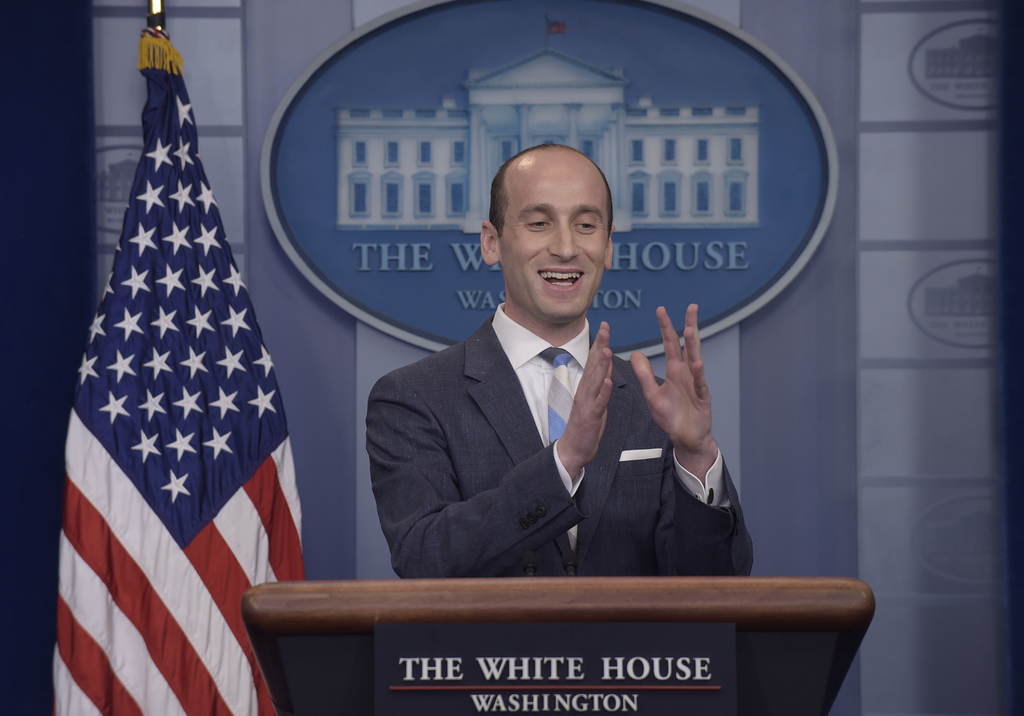 A poem at the Statue of Liberty that is a national symbol for the country's embrace of immigrants became the topic of a rancorous exchange at a White House news conference.

Senior White House aide Stephen Miller told reporters Wednesday that the poem written by Emma Lazarus about the "huddled masses" is not part of the original Statue of Liberty.

Miller says the Statue of Liberty is a "symbol of American liberty lighting the world" and suggested the statue had little to do with immigrants.

Miller was responding to a question from a CNN reporter asking if the Trump administration's new merit-based green card proposal was keeping with U.S. tradition.

The National Park Services says Lazarus' sonnet depicts the statue as a symbol of immigration and opportunity.