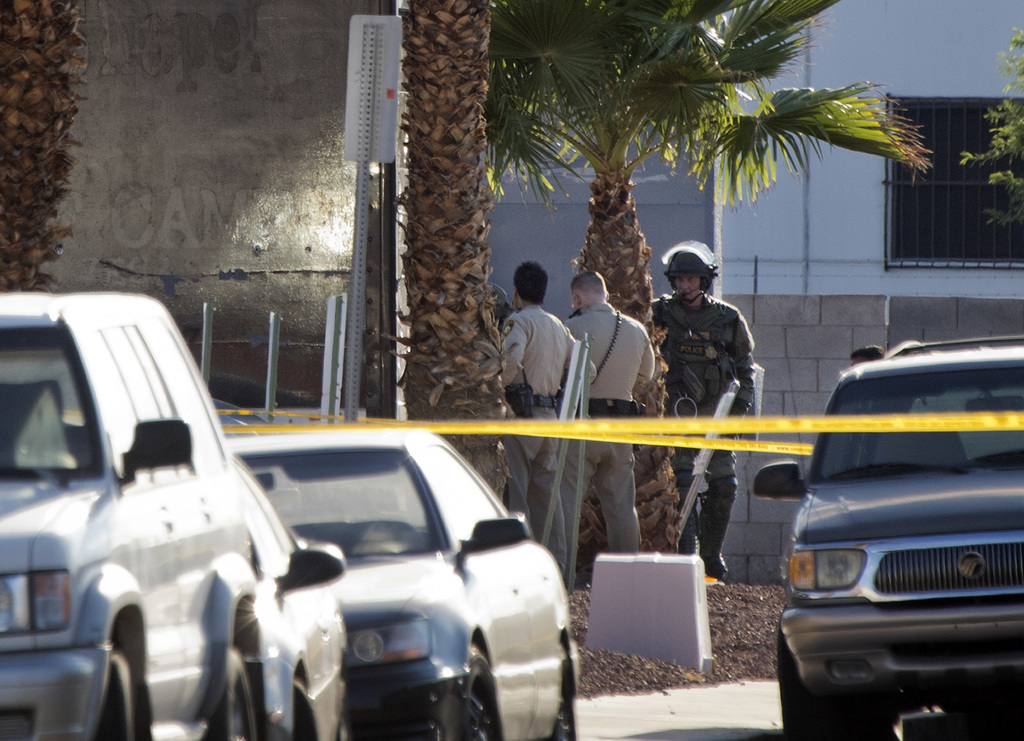 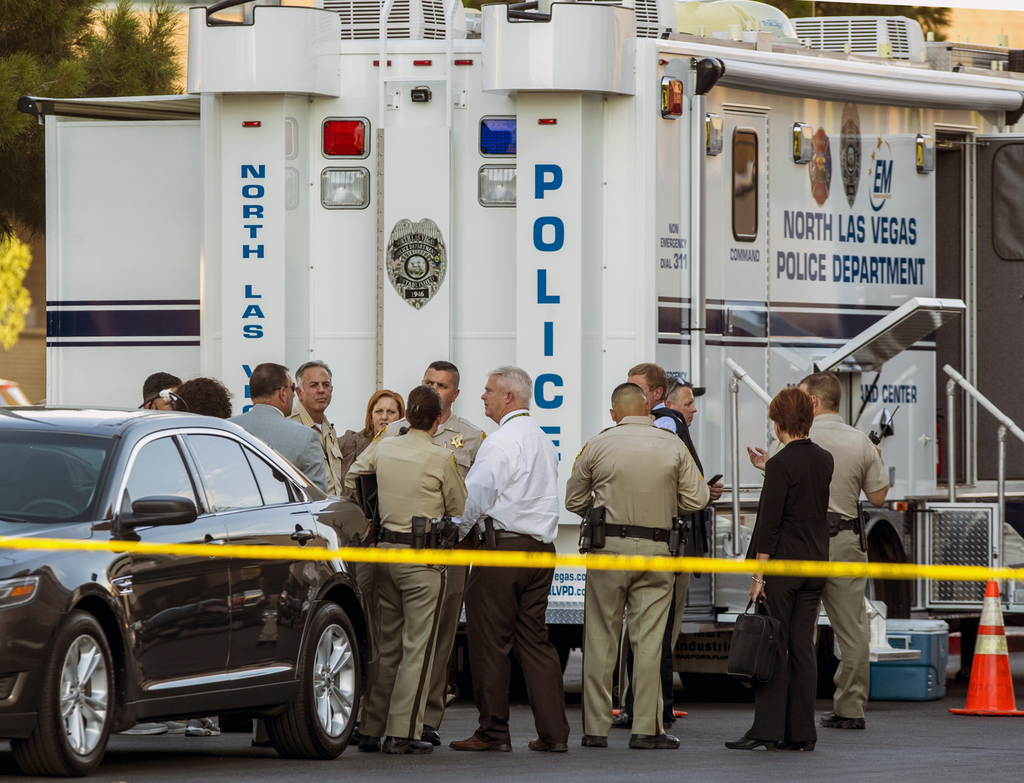 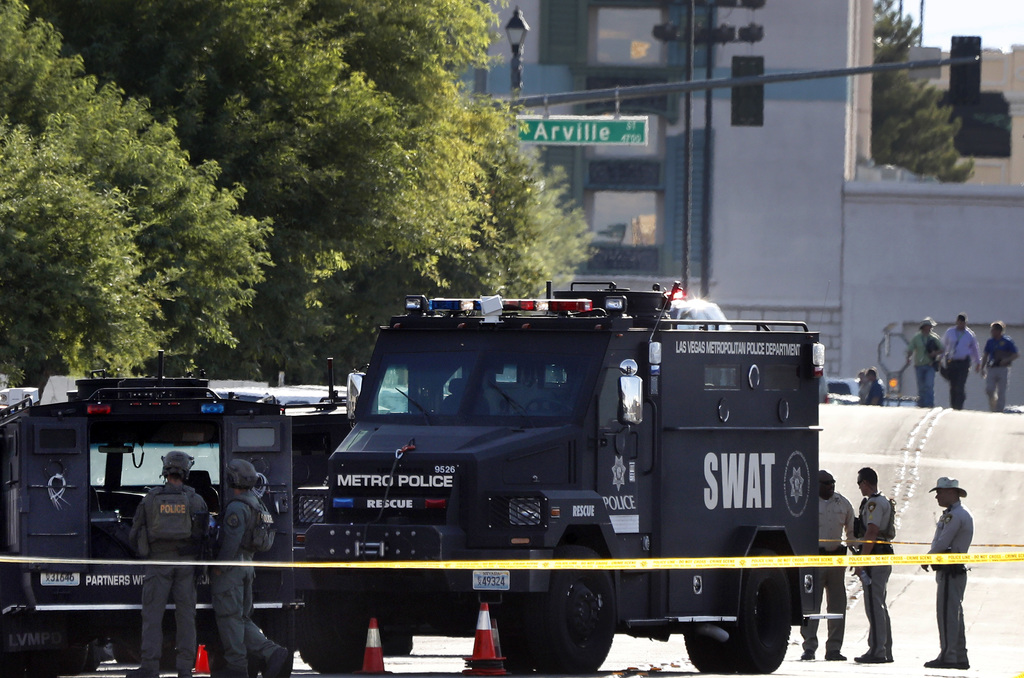 LAS VEGAS (AP) — Officers were checking on a stolen cellphone that its owner traced to a car in Las Vegas when the suspect tried to flee and then opened fire, leading to a shootout that wounded an officer and left the gunman dead, authorities said.

It marked the 15th shooting involving Las Vegas officers so far this year, including seven since June 20. That is a sharp increase from the 10 shootings by police in all of 2016, including seven that were deadly.

The officer wounded in Tuesday's gunbattle was hospitalized in stable condition with a wound to the abdomen after a bullet missed his ballistic vest, police Capt. Kelly McMahill said.

He was improving Wednesday and is expected to be released within the next few days, Officer Laura Meltzer said.

After the gunfire ended, a second officer realized that he had been hit but not injured, McMahill said during a recorded briefing Tuesday night.

"His gun belt actually stopped a bullet that was fired by the suspect," she said.

The gunman was shot at least once by police and also had a self-inflicted gunshot wound, McMahill said. The coroner did not immediately identify the suspect, pending notification of family members.

The officers, who also have not been identified, were following up on a report from a man whose cellphones had been taken from a vehicle Sunday and he had traced to a pickup truck parked outside a business in an industrial area.

The suspect initially spoke with the officers, but then tried to start the truck at least twice before pulling a handgun and opening fire. McMahill didn't say how many shots were fired.

A police sergeant arrived and drove the wounded officer to a hospital. Police said the bullet went through his abdomen and out his lower back.

The officers were put on paid leave pending reviews of the shooting by police and prosecutors.

The recent increase in officer-involved shootings comes five years after the department underwent a first-in-the-nation review by the U.S. Department of Justice's Community Oriented Policing Services. The voluntary review followed 25 police shootings in 2010. Federal investigators recommended 80 reforms and later credited the police department with adopting almost all of them.

An officer was last wounded on duty in Las Vegas in December 2015, when a veteran patrol officer was hit in the torso and arm while responding to a disturbance call at an apartment complex.

Officers Alyn Beck and Igor Soldo were the last officers killed on duty. They were shot to death while eating at a pizza shop in June 2014 by a man and a woman who later died during a shootout with officers at a Wal-Mart.