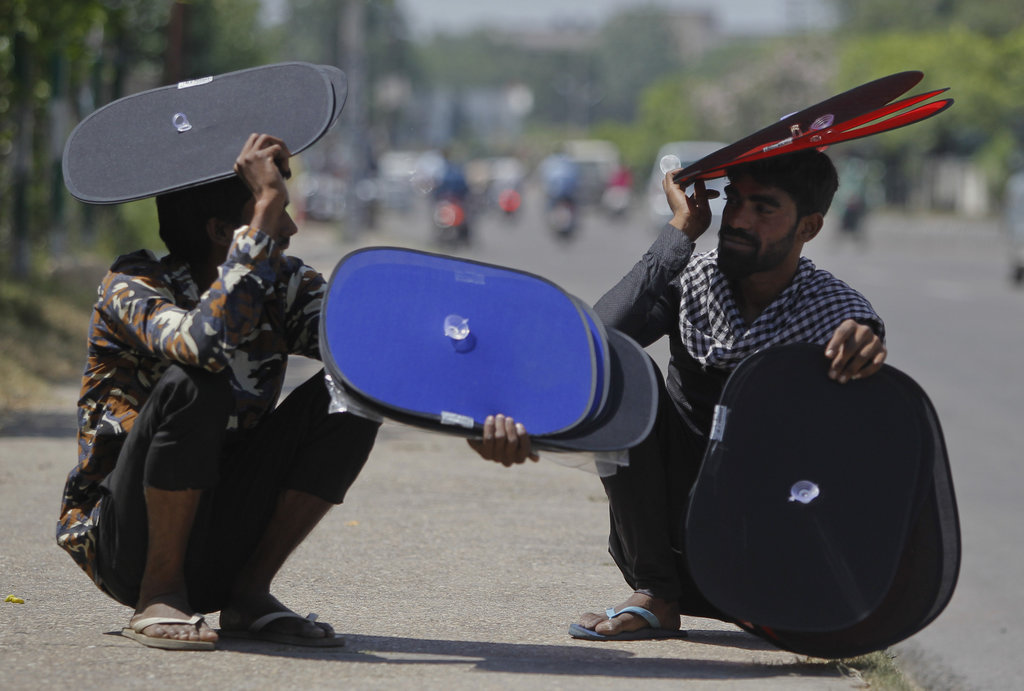 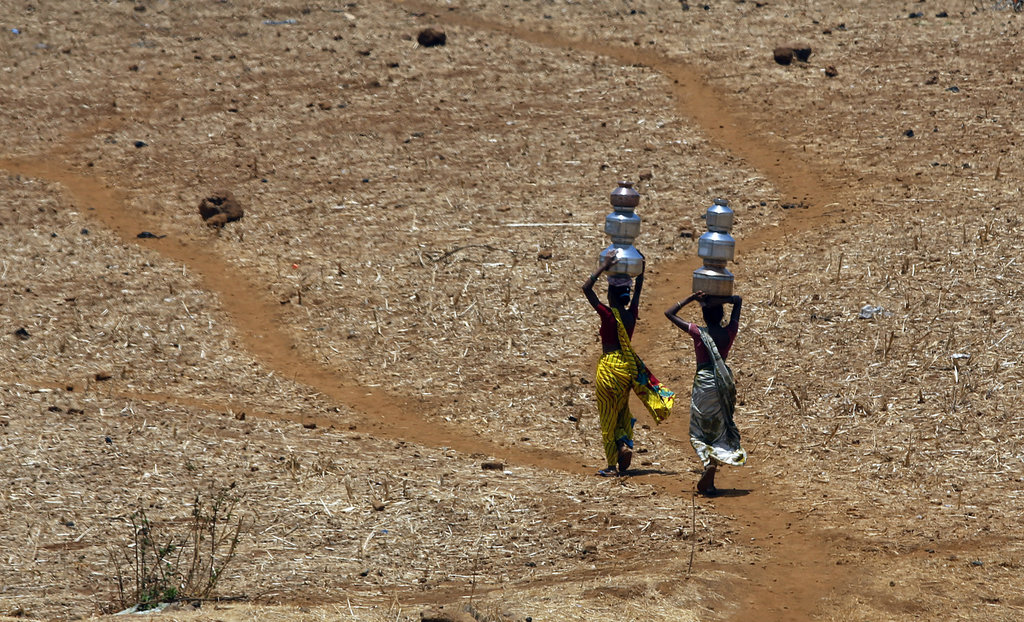 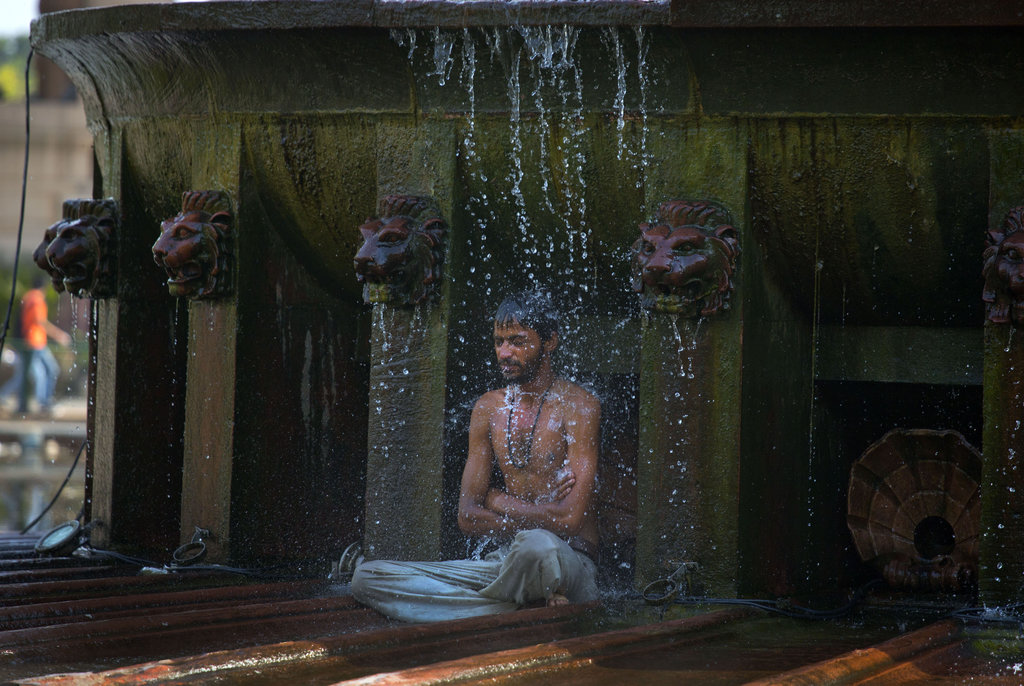 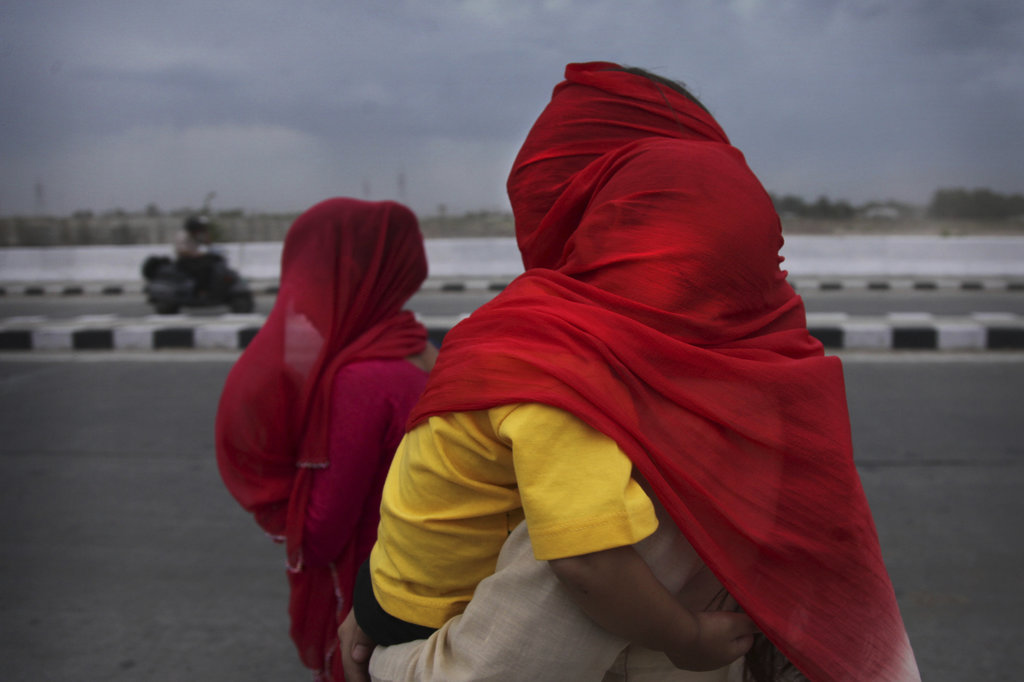 NEW DELHI (AP) — Venturing outdoors may become deadly across wide swaths of India, Pakistan and Bangladesh by the end of the century as climate change drives heat and humidity to new extremes, according to a new study.

These conditions could affect up to a third of the people living throughout the Indo-Gangetic Plain unless the global community ramps up efforts to rein in climate-warming carbon emissions. Today, that vast region is home to some 1.5 billion people.

"The most intense hazard from extreme future heat waves is concentrated around the densely populated agricultural regions of the Ganges and Indus river basins," wrote the authors of the study, led by former MIT research scientist Eun-Soon Im, now an assistant professor at the Hong Kong University of Science and Technology.

While most climate studies have been based on temperature projections, this one — published Wednesday in the journal Science Advances — is somewhat unique in also considering humidity as well as the body's ability to cool down in response.

Those three factors together make up what is called a "wet-bulb temperature," which is the air temperature taken when a wet cloth is wrapped around the thermometer. It is always lower than the dry-bulb temperature — how much so depends on the humidity. It can help estimate how easy it is for water to evaporate.

It can also offer a gauge for where climate change might become dangerous.

Scientists say humans can survive up to a wet-bulb temperature of about 35 degrees Celsius (95 degrees Fahrenheit), beyond which the human body has difficulty sweating to cool down, or sweat doesn't evaporate, leading to heat stroke and ultimately death within just a few hours — even in shaded, ventilated conditions.

"It is hard to imagine conditions that are too hot for people to survive for a more than a few minutes, but that is exactly what is being discussed in this paper," said Stanford University climate scientist Chris Field, who was not involved in the study. "And of course, the danger threshold for punishing heat and humidity is lower for people who are ill or elderly."

Most of those at risk in India, Pakistan and Bangladesh are poor farmworkers or outdoor construction laborers. They are unlikely to have air conditioners — up to 25 percent in of India's population still has no access to electricity. In some areas that have been deforested for industry or agriculture, they may not even have very much shade.

"What we see in this study is a convergence of intense weather projections and acute vulnerability," co-author and MIT environmental engineering professor Elfatih A.B. Eltahir said.

For the study, the researchers carried out computer simulations using global atmospheric circulation models under two scenarios — one in which the world comes close to meeting its goal of curbing emissions to limit Earth's average temperature rise to 2 degrees C (3.6 degrees F) above pre-industrial levels, and one in it continues emitting at current levels.

Both scenarios play out dangerously for South Asia. But with no limit on global warming, about 30 percent of the region could see dangerous wet bulb temperatures above 31 degrees C (88 degrees F) on a regular basis within just a few decades. That's nearly half a billion people by today's population levels, though the full scale could change as the population grows. Meanwhile, 4 percent of the population — or 60 million in today's population — would face deadly highs at or above 35 degrees C (95 degrees F) by 2100.

But if the world can limit global warming, that risk exposure declines drastically. About 2 percent of the population would face average wet bulb temperatures of 31 degrees C (88 degrees F) or higher.

"This is an avoidable, preventable problem," Eltahir said. "There is a significant difference between these two scenarios, which people need to understand."

Experts say countries must work toward meeting the Paris agreement goals to limit average global warming to 2 degrees C (3.6 degrees F), especially since the world has already warmed by 1 degree C (1.8 degrees F). That average will play out differently across the planet, and South Asia is expected to be hit harder than other regions.

"It is important to base heat mitigation strategies on not only temperature extremes, but rather the compound effects of extreme temperatures and humidity," said climatologist Omid Mazdiyasni of the University of California, Irvine, who was not involved in the study. He co-authored another paper published last month with complimentary findings that showed how increased temperatures alone were already leading to more deadly heat waves in India.

"The impacts of wet bulb temperatures are far greater than temperature alone," he said.

But while scientists have warned for years that climate change will exacerbate the risks faced by South Asia's poor, including storms, droughts and heat waves, humidity hasn't always been considered. For India, it's a key factor. The country is surrounded by seas on three sides and relies heavily on its seasonal summer monsoon rains, which can make a typical outdoor day in July seem like a suffocating steam room.

Infections fester. Mosquitoes flourish. People lie sprawled atop woven cots for hours a day, moving as little as possible as they wait out the heat.

As recently as 2015, a heat wave across India and Pakistan killed 3,500 people. India's disaster management officials recently crafted guidelines for cities and states to create heat action plans, after recording 13 of the country's hottest 15 years on record since 2002.

The programs, designed with experts from the National Resources Defense Council to help people cope with extreme temperatures, include measures such as offering air-conditioned shelter during heat waves, and training for both children and medical professionals to recognize the symptoms of heat stroke. Dozens of cities have signed on, while weather forecasts have been expanded to include new areas and longer-term projections.