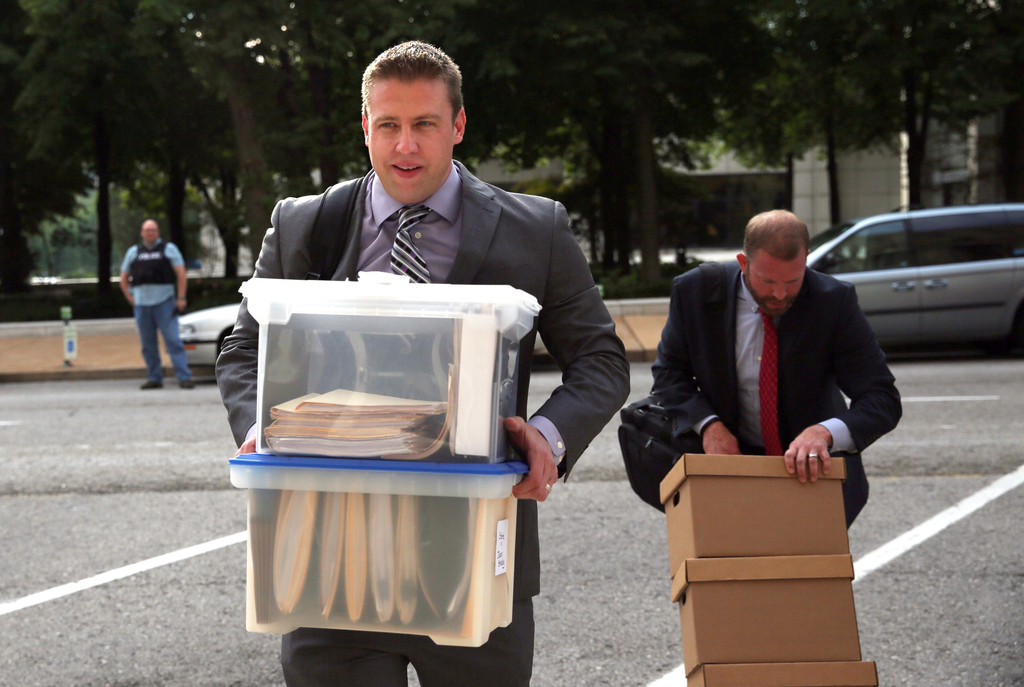 ST. LOUIS (AP) — The fate of a white former St. Louis police officer accused of killing a black man rests with a judge, not a jury of his peers. Experts say that given the public scrutiny of recent police shootings, Jason Stockley's decision to opt for a bench trial makes sense.

Stockley is charged with first-degree murder in the December 2011 death of Anthony Lamar Smith. The 24-year-old drug suspect who was shot after leading police on a chase. The trial before veteran Circuit Judge Timothy Wilson began Tuesday.

Twelve-member juries typically hear criminal cases. Washington University law professor Peter Joy says there is high public awareness of the case in St. Louis, and a tense relationship between police and the community in some parts of the city.