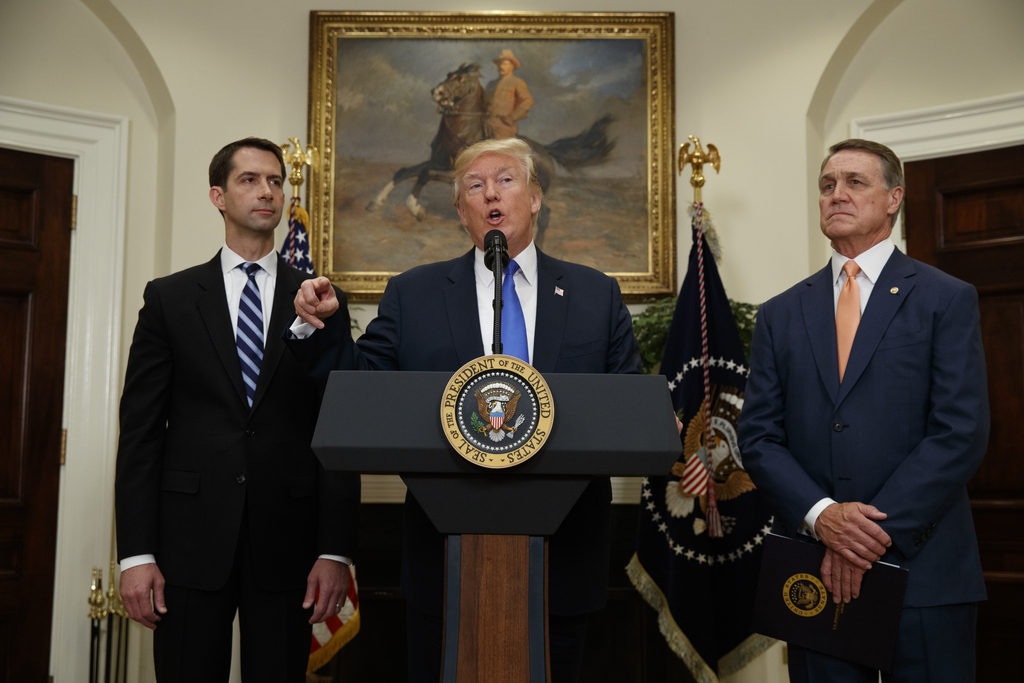 WASHINGTON (AP) — The Latest on a bill to change to an immigration system based on skills, not family ties (all times local):

President Donald Trump says proposed legislation to limit legal immigration would be the most significant change to the system in half a century.

Trump says the measure would make the system more "merit based" for skilled English speakers. He says it would keep out people who will just end up collecting welfare. He provided no information to support his statement.

The legislation is sponsored by Republican Sens. David Purdue of Georgia and Tom Cotton at Arkansas. Both lawmakers joined Trump at the White House on Wednesday, where the president publicly endorsed the bill. His involvement puts him at the center of efforts to overhaul the system of legal immigration.

Trump has made cracking down on illegal immigration a hallmark of his administration.

President Donald Trump plans to join with two Republican senators to unveil legislation that would place new limits on legal immigration. It would seek an immigration system based on merit and skills instead of family connections.

Trump is appearing with Republican Sens. David Perdue of Georgia and Tom Cotton of Arkansas at the White House Wednesday to discuss the bill.

Trump said at an Ohio rally last month that he was working with them to "create a new immigration system for America."

Perdue and Cotton introduced a bill in February that would change the 1965 law to reduce the number of legal immigrants.