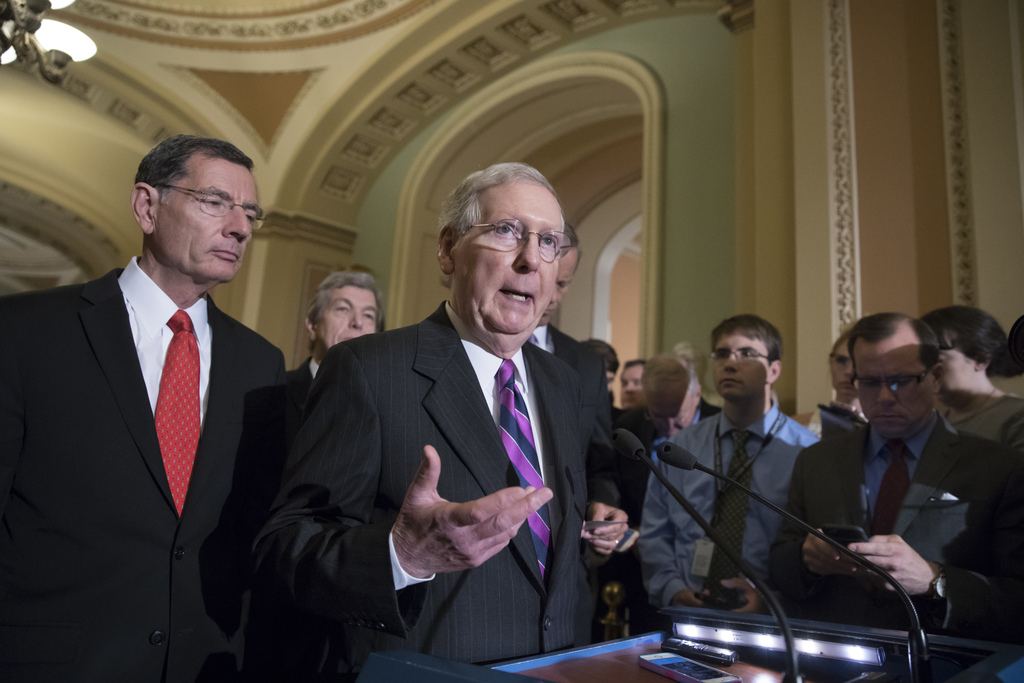 WASHINGTON (AP) — The Senate, better known for its glacial pace, is moving swiftly on nominations and legislation.

That's what a dose of bipartisanship and a desire to get out of Washington for August will do to a backlog. Late Tuesday, the Senate confirmed a new FBI director, Christopher Wray, and eight nominees for the Defense Department, including Richard Spencer to serve as Navy Secretary.

With Republicans and Democrats in agreement, the Senate also approved a pair of bills addressing problems at the Department of Veterans Affairs, including a $3.9 billion emergency spending package to fix a looming budget crisis

Majority Leader Mitch McConnell said Wednesday that the Senate was working to complete a bill on FDA user fees and confirm even more nominees.