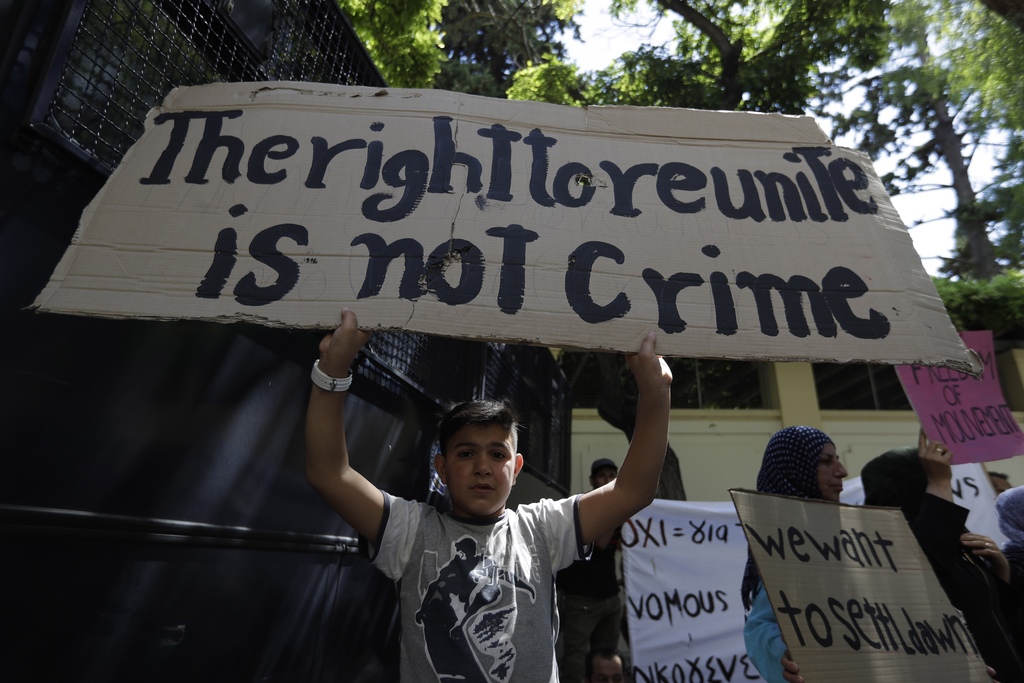 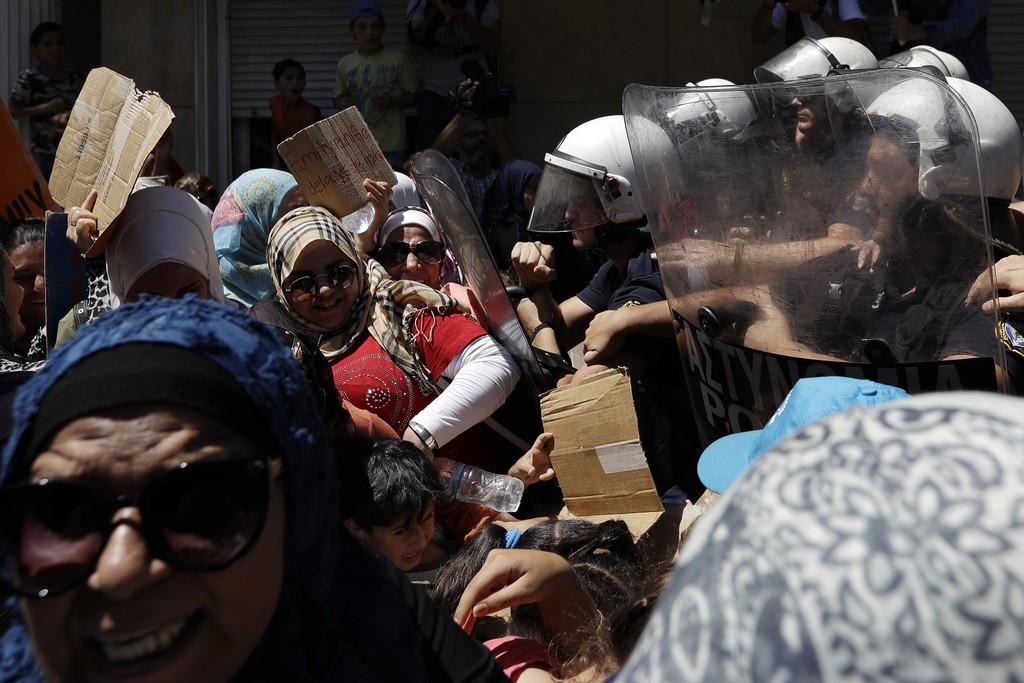 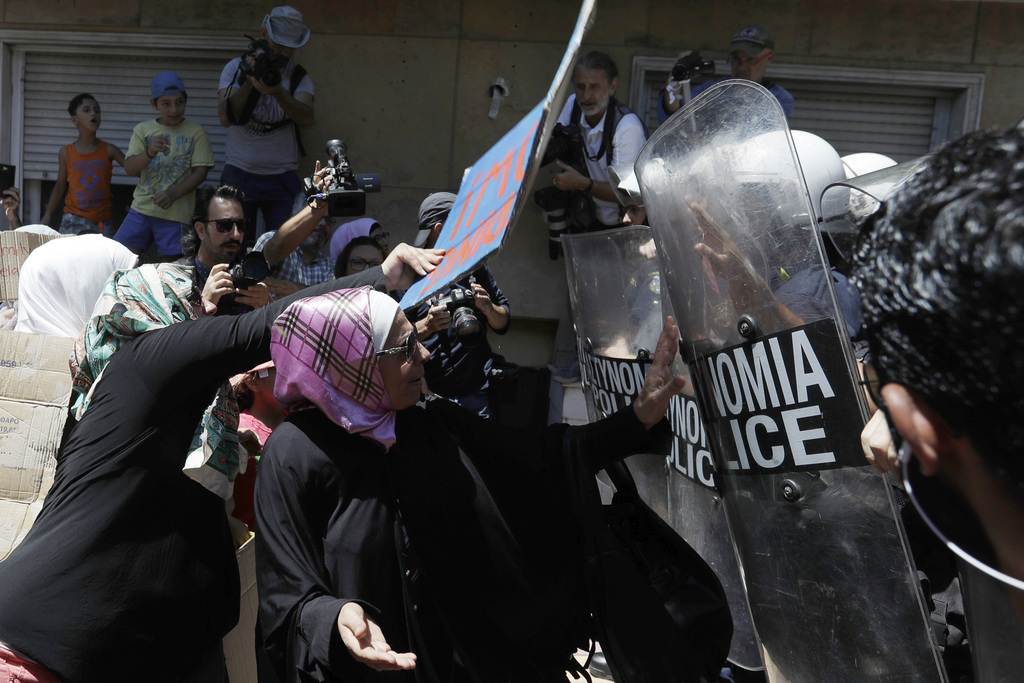 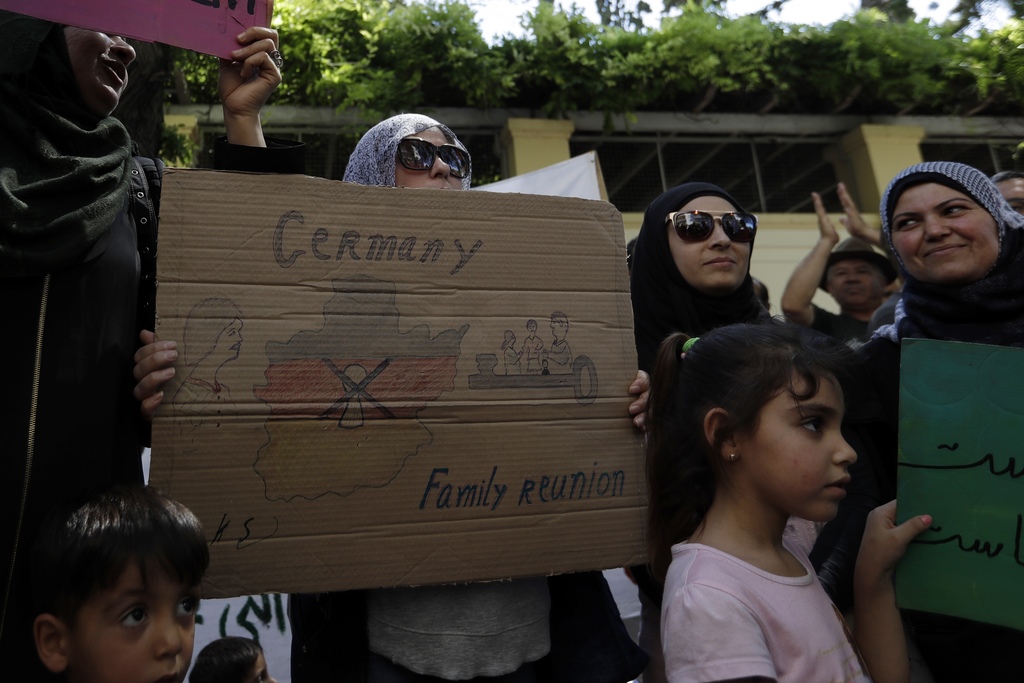 ATHENS, Greece (AP) — The Latest on asylum-seekers and refugees in Europe (all times local):

Italy's defense minister insisted before Wednesday's vote in Parliament that the mission won't be a naval blockade, although lawmakers from the anti-migrant Northern League, an opposition party, demanded exactly that.

With several EU nations refusing to accept even a small fraction of asylum-seekers to help ease Italy's burden, Italians' patience for the steady arrival of migrants rescued at sea appears to be wearing thin. Hundreds of thousands of people, most of them economic migrants ineligible for asylum, have been brought ashore in Italy after rescue in the last few years.

The migrant crisis looms as a campaign issue in 2018 elections.

Migrants and refugees briefly blocked traffic near the Germany embassy in Athens to protest delays in family reunions for migrants living in Greece.

Some 60,000 refugees and migrants remain in camps in Greece following European transit restrictions imposed last year. Many want to reunite with relatives who found their way to Germany.

Citing a huge backlog of claims, German authorities have restricted reunification procedures until March next year.

Protesters briefly scuffled with police Wednesday in Athens outside the German embassy, but no arrests were made.

Nadja Mohamed, a Syrian Kurd from near the civil war-ravaged city of Aleppo, told The AP: "I have seven children and four of them are in Germany. I want my children to be together."