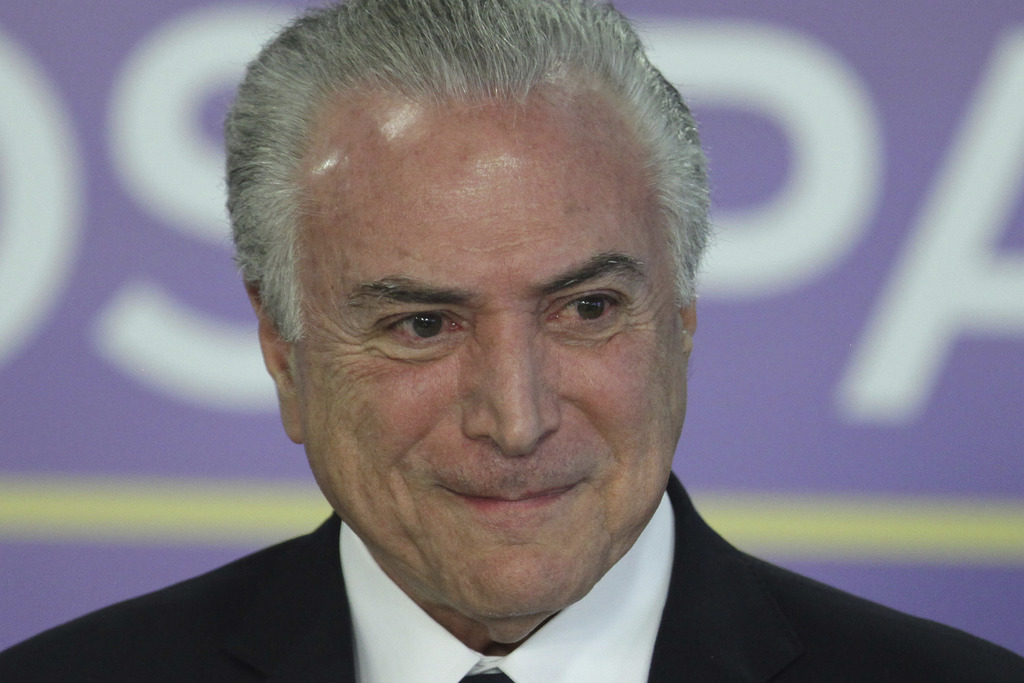 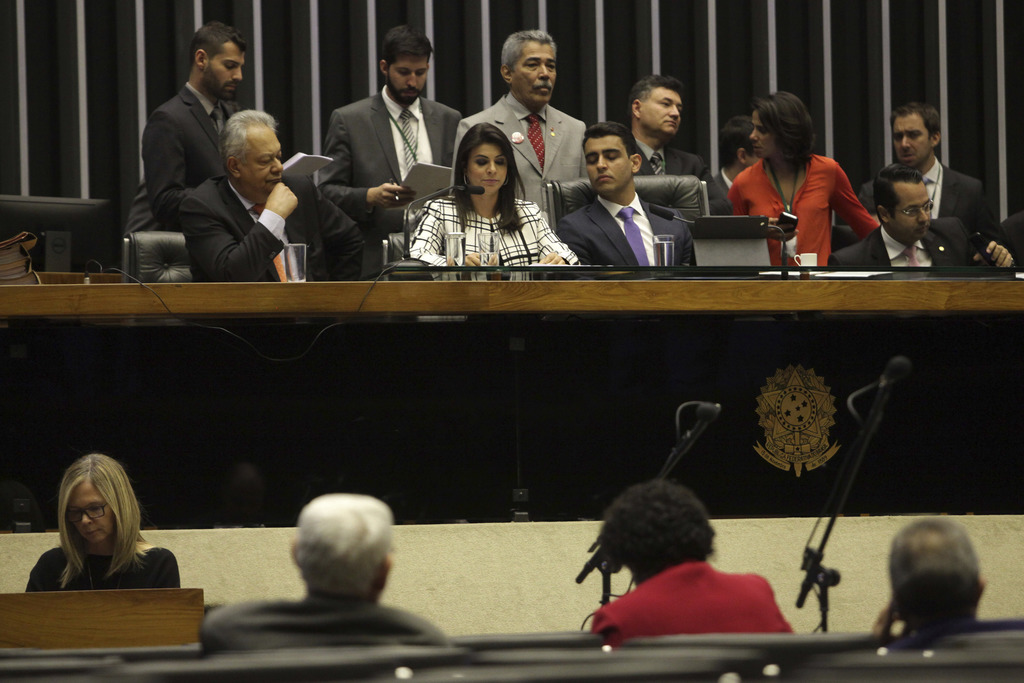 BRASILIA, Brazil (AP) — The Latest on Brazil's congressional vote on whether to suspend and try President Michel Temer (all times local):

A congressional hearing on whether to suspend Brazilian President Michel Temer for a bribery charge is getting started with a small protest inside the lower chamber of Congress.

Minutes after the session got started Wednesday, about 30 opposition lawmakers walked into the Chamber of Deputies carrying a large sign demanding Temer's ouster.

They shouted things like, "Temer should be in prison" and "out with Temer."

Temer would be suspended and put on trial before the country's top court if two thirds of the 513 members vote against him.

Temer is deeply unpopular among Brazilians. The latest poll last week put his approval rating at 5 percent. Despite that, the government believes it has enough votes for Temer to survive.

Brazil's attorney general charged Temer in June for allegedly orchestrating a scheme to line his pockets with millions in bribes. Temer denies that.