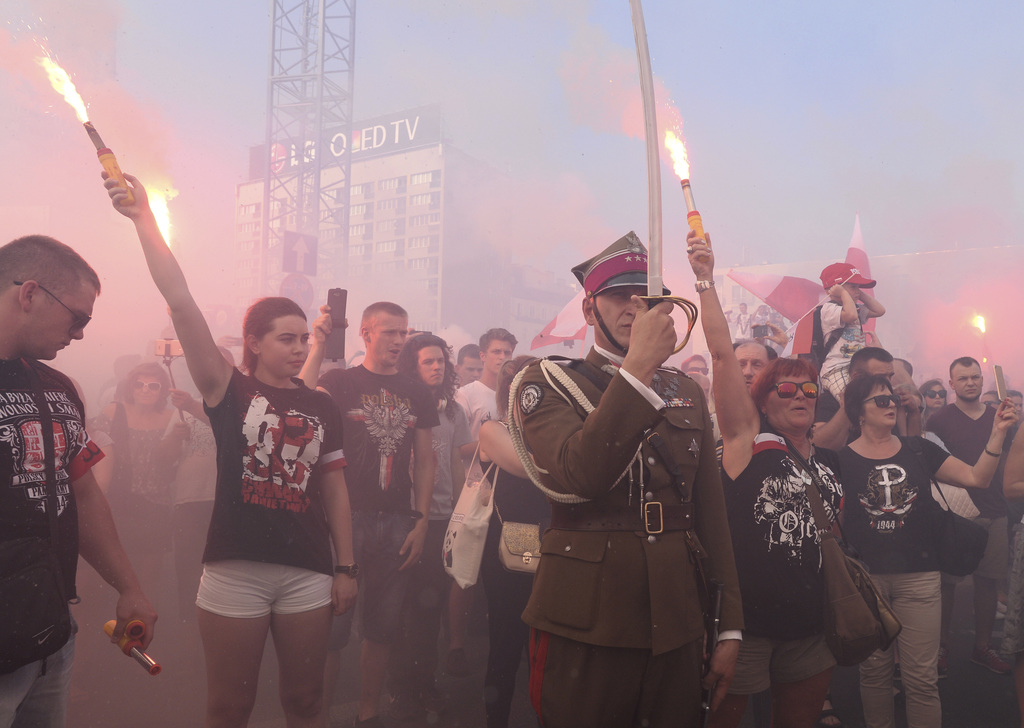 WARSAW, Poland (AP) — A lawmaker says Poland is looking into demanding reparations from Germany for the massive losses inflicted on Poland during World War II.

Arakadiusz Mularczyk, a lawmaker with the ruling Law and Justice party, said Wednesday the Polish parliament's research office is preparing an analysis of whether to make the claim and will have it ready by August 11.

Defense Minister Antoni Macierewicz said a day earlier that Germans should now "try and pay back the terrible debt they owe to the Polish people."

World War II, which began with the German invasion of Poland in 1939, killed nearly 6 million Polish citizens and wrought huge material loss on the country, including the near destruction of Warsaw.