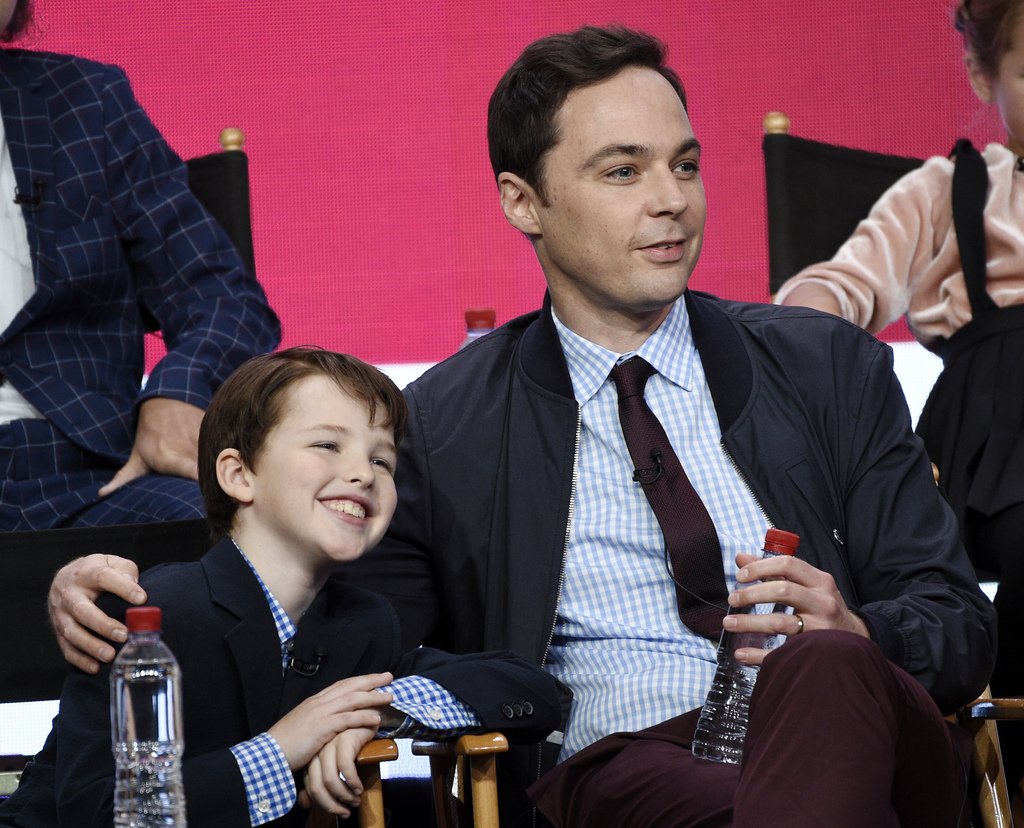 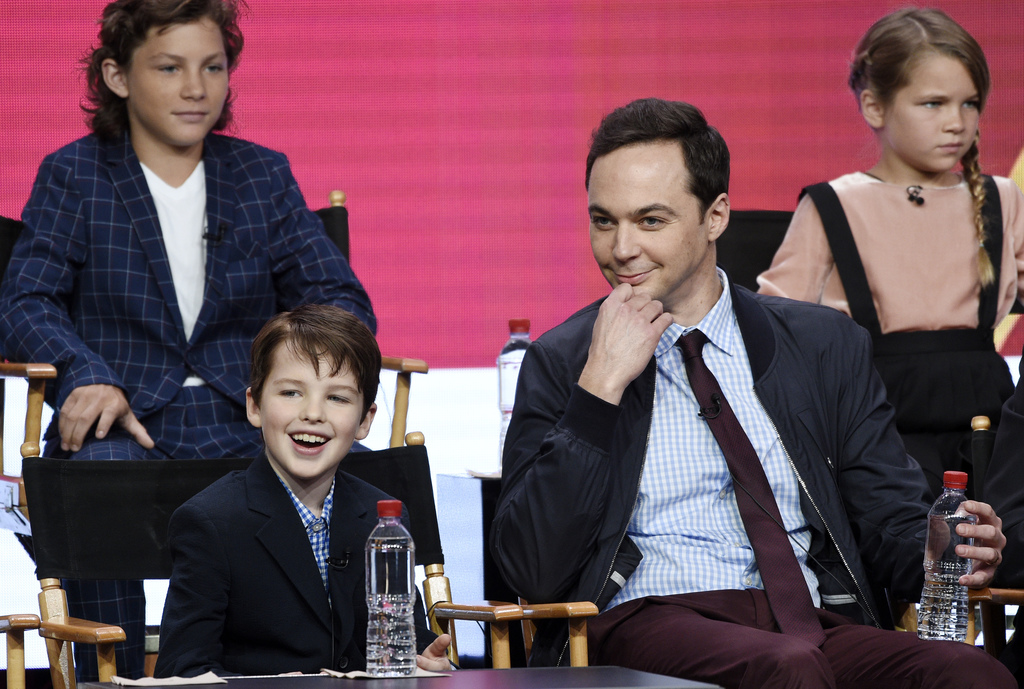 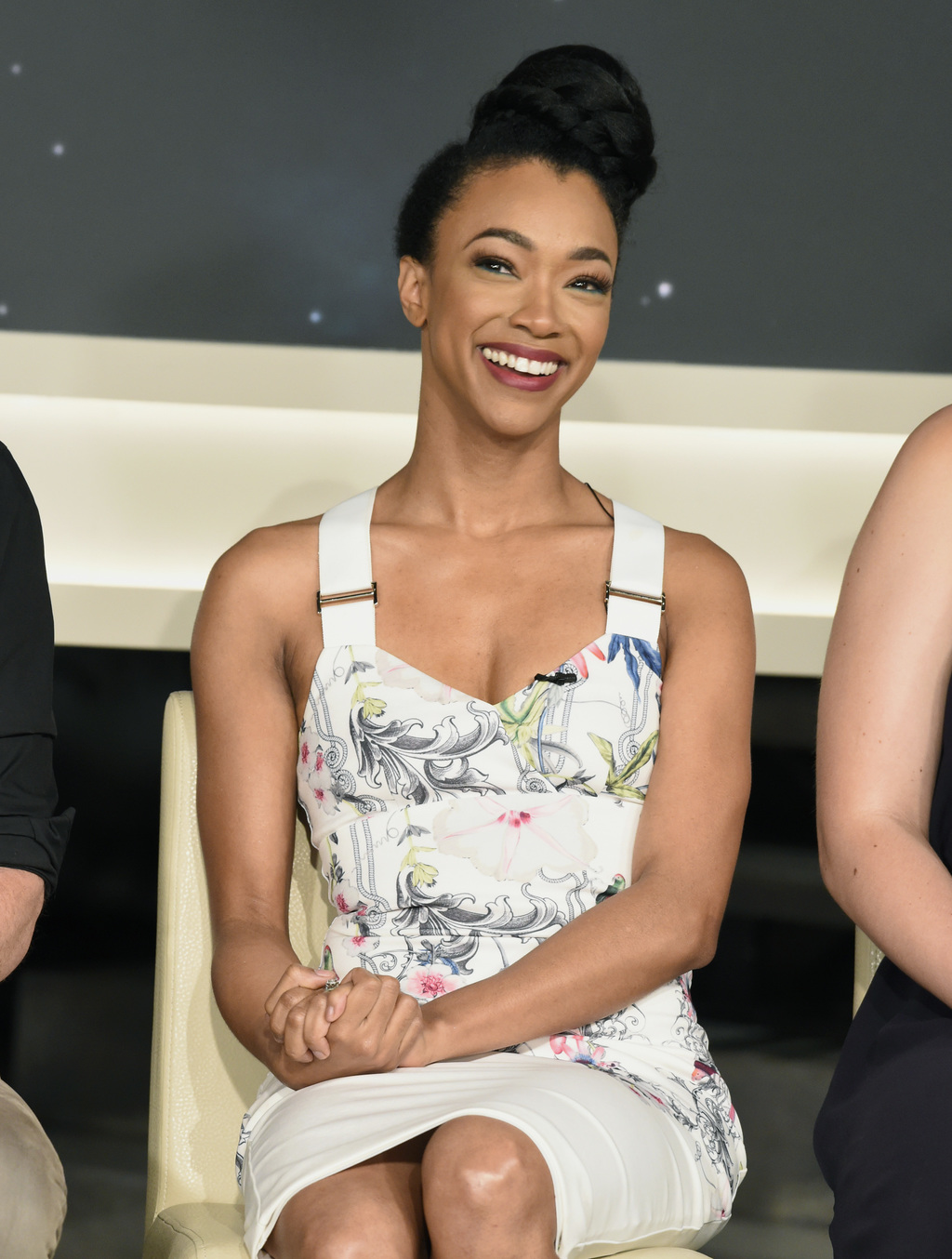 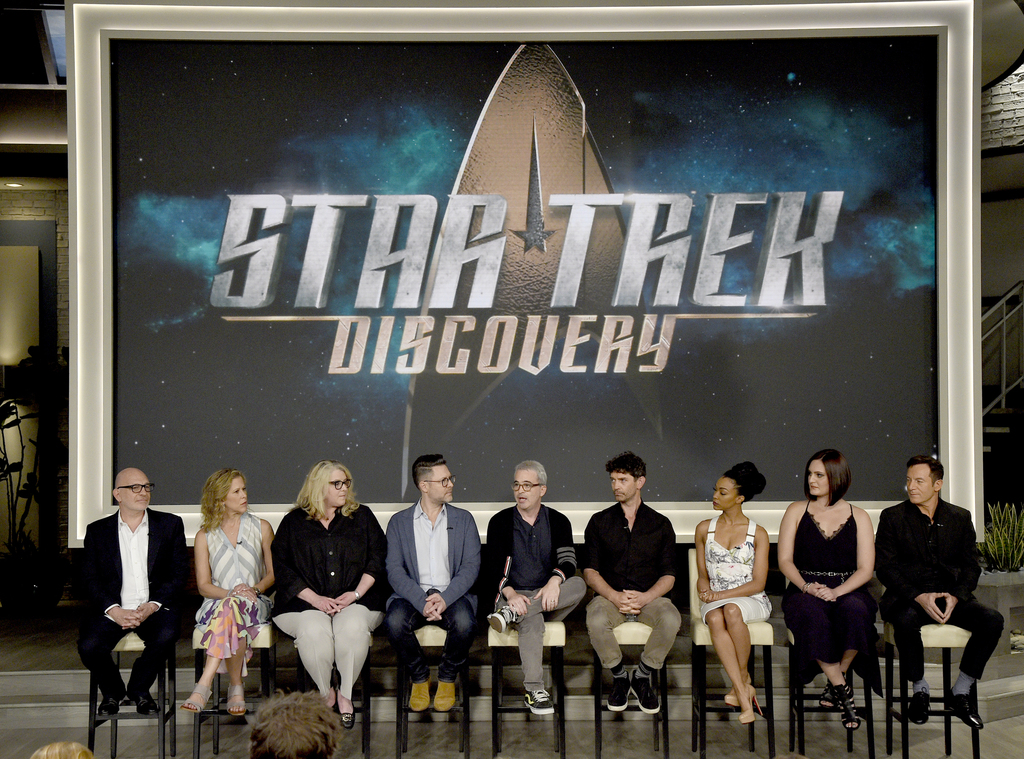 Jim Parsons, who plays quirky genius Sheldon Cooper on the CBS comedy "The Big Bang Theory," can draw many distinctions between himself and young Iain Armitage, who plays his character as a child on CBS' new spin-off, "Young Sheldon."

Parsons finds Iain much more "in control as a human being" and more mature than he was at age 9.

Hearing Parsons during a TV critics conference on Tuesday, Iain thanked him but graciously replied, "I don't think so."

Laughing, Parsons noted that Iain hadn't known him back then. They have much more in common these days, insisted Parsons, than they ever would have had when he was a youngster.

A DEATH ON 'KEVIN CAN WAIT'

The happy husband Kevin James has been portraying on his CBS sitcom will be widowed as "Kevin Can Wait" begins its second season, say CBS execs. Clearing the way for the previously announced addition of Leah Remini, James' TV wife, Donna, who had been played by Erinn Hayes, will be killed off.

The new season will flash forward roughly a year to find Donna killed off and Kevin Gable widowed, clearing the deck for Remini, who guest-starred in a couple of episodes that closed out last season.

Remini's appearances on the show were as a stunt, not a tryout, Kahl said.

"But there was just an undeniable spark there," he said, "and I think Kevin, the studios, and the network all got together and wanted to keep that magic and chemistry going forward."

CBS' new entertainment bosses got more than a warm welcome as reporters grilled them on the network's lack of diversity.

"We are absolutely moving in the right direction," declared Kelly Kahl, who was named president of CBS Entertainment in May, the same time Thom Sherman, who was also on hand for Tuesday's session, became senior executive vice president for programming.

The two execs were reminded that, for the second season in a row, no women landed the lead role of a new CBS series.

"We had six pilots with female leads, but those pilots were not felt to be as good as some of the other pilots," said Sherman, quickly adding, "That had nothing to do with the female leads."

As examples of other kinds of casting diversity, they pointed to the upcoming police thriller "S.W.A.T." and returning comedy "Superior Donuts" as two shows with African-American stars — Shemar Moore and Jermaine Fowler, respectively.

"There is change happening on CBS," Kahl said.

CBS was recently put on the spot with the departures of Asian actors Daniel Dae Kim and Grace Park from "Hawaii Five-0" ahead of its eighth season. They both decided to exit after seeking, and failing to get, pay equal to their white co-stars, Alex O'Loughlin and Scott Caan.

"We tried our darnedest to keep them," said Kahl, referring to renewed salary negotiations that followed the uproar.

PUSHED BACK WITH PURPOSE

The premiere of "Star Trek: Discovery" on the subscription streaming site CBS All Access was delayed nine months from January to September to maintain the quality of the brand.

Executive producer Alex Kurtzman told the Television Critics Association Tuesday that "they spent a lot of time" discussing how to create the new world for TV that felt authentic to the "Star Trek" universe.

He said "it became clearer and clearer" that the targeted January debut would "compromise the quality of the show," so it was pushed with the blessing of CBS Chairman and CEO Leslie Moonves.

The first episode will broadcast on CBS Sept. 24. Immediately following, the first and second episodes will stream on CBS All Access. New episodes will hit on Sundays.