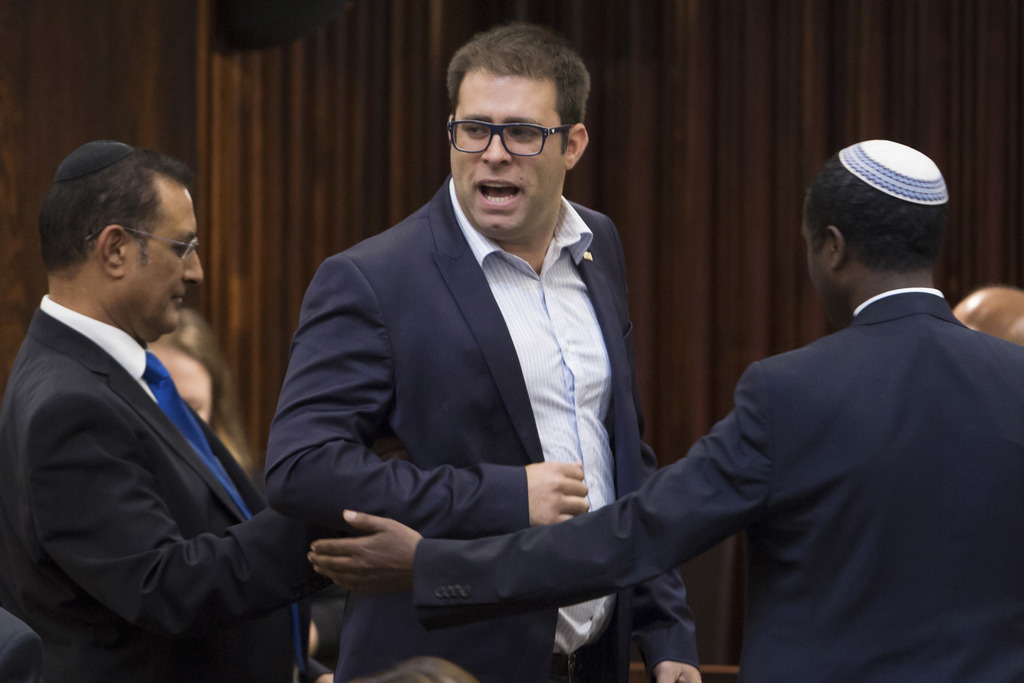 JERUSALEM (AP) — An Israeli lawmaker has been forced to call off a "non-violent" faceoff with a Jordanian challenger after Prime Minister Benjamin Netanyahu's office ordered him to stand down.

The showdown between Jordanian lawmaker Yehiya al-Saoud and Likud party politician Oren Hazan was due on Wednesday morning on Allenby Bridge in the "no-man's-land" border area. Both were en route when Netanyahu's office called Hazan off.

The two had quarreled amid Jordan-Israeli tensions over a contested Jerusalem shrine and a shooting at Israel's Embassy in Amman.

Hazan had tweeted he'd make al-Saoud "an offer he can't refuse" and said he'd say "the Arabs in the (West Bank) who call themselves Palestinians, their place is in Jordan."

Al-Saoud had challenged Hazan after he berated Jordan, claiming Israel is always, with an expletive, protecting Jordan.