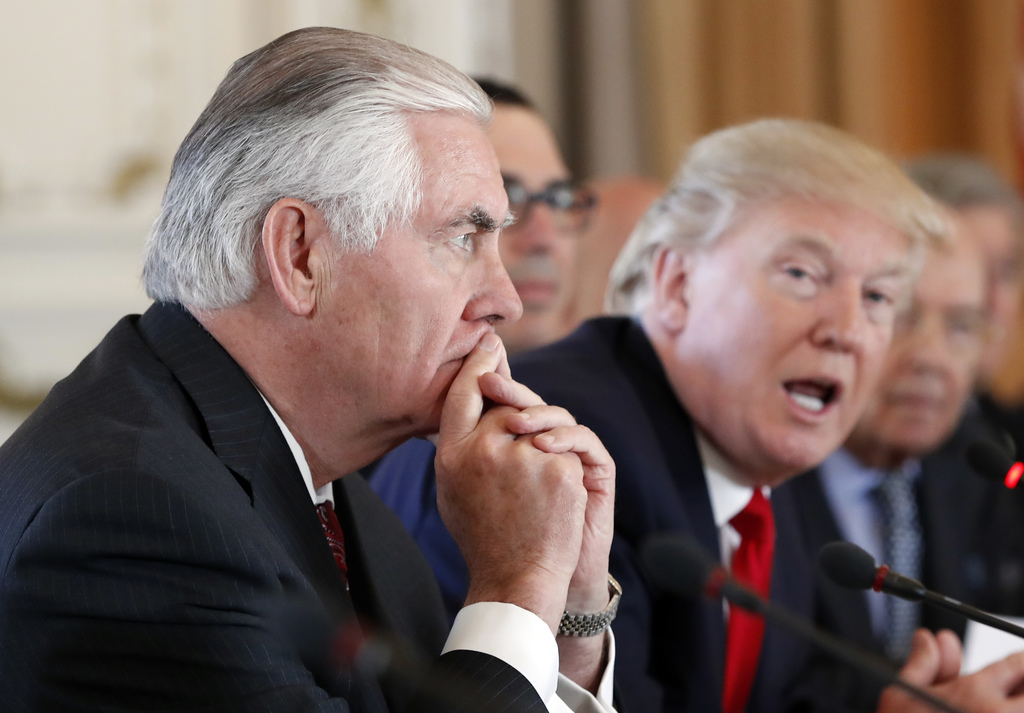 WASHINGTON (AP) — Secretary of State Rex Tillerson has offered reassurance to North Korea that "we are not your enemy," though he wants help from China to push for conditions that can lead to talks with the North.

He said Tuesday the United States does "not seek a regime change. We do not seek a collapse of the regime. We do not seek an accelerated reunification of the peninsula." But Tillerson said the U.S. does not think productive talks would result if North Korea came with the intention of maintaining their nuclear weapons.

And he continued to push for Chinese help to keep pressure on North Korea because of their special economic relationship. He said the North Korean problem is not China's fault, but China must help create conditions for productive talks.