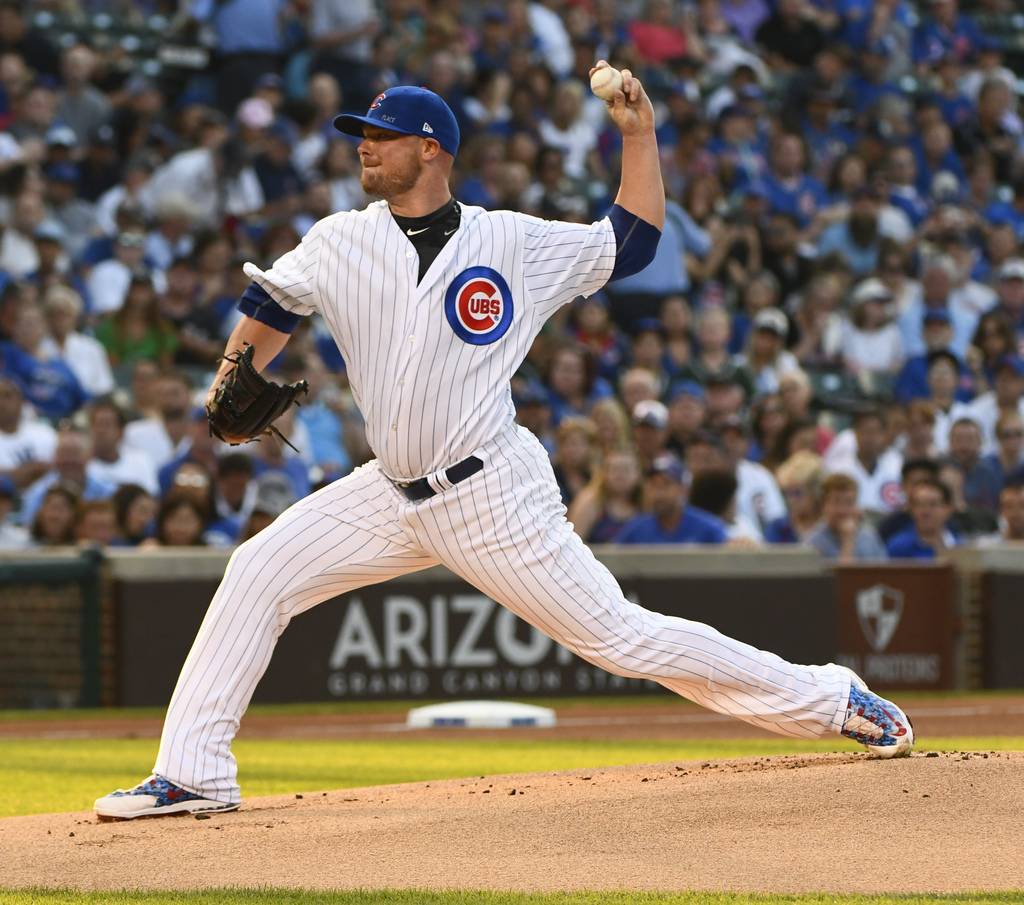 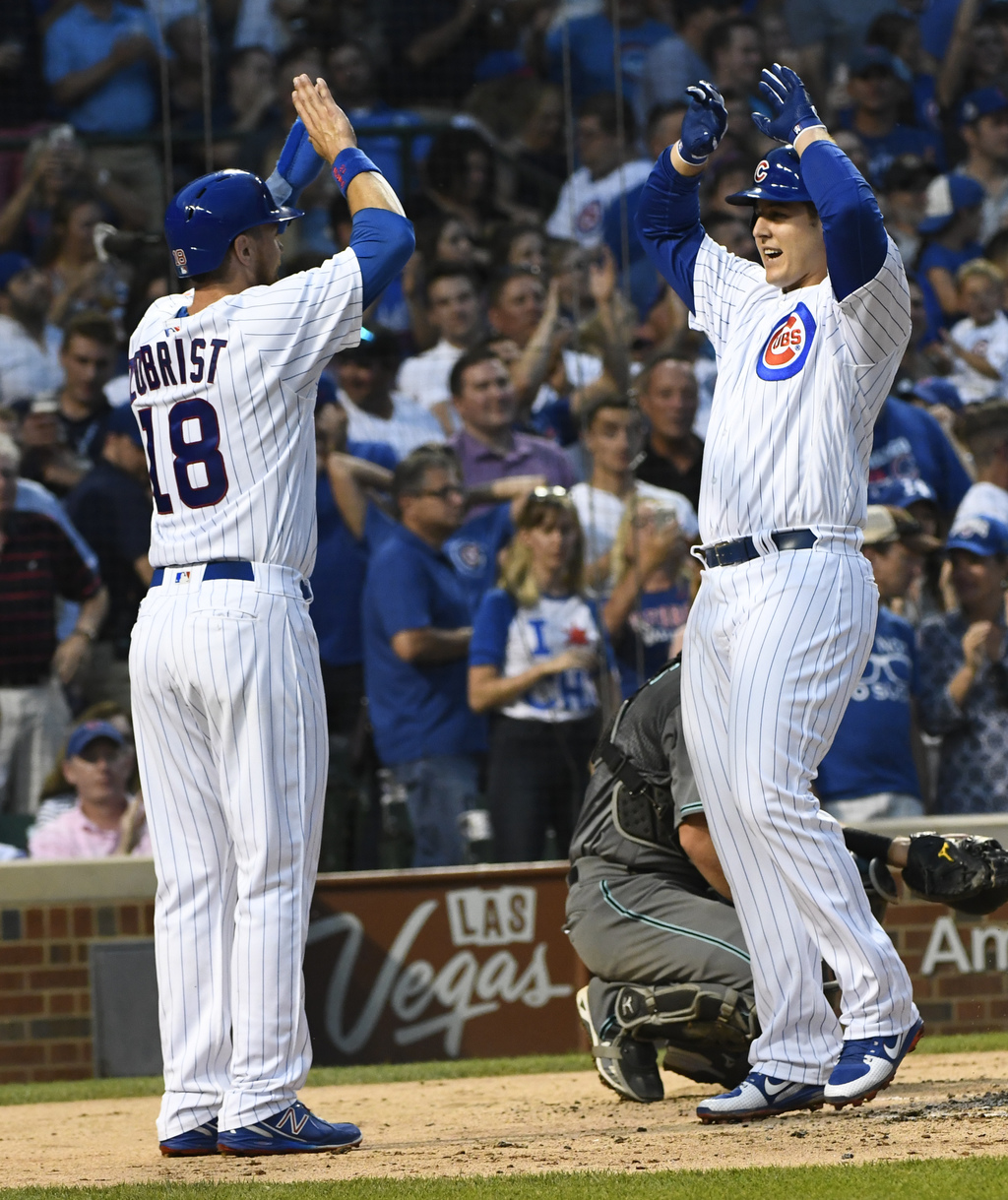 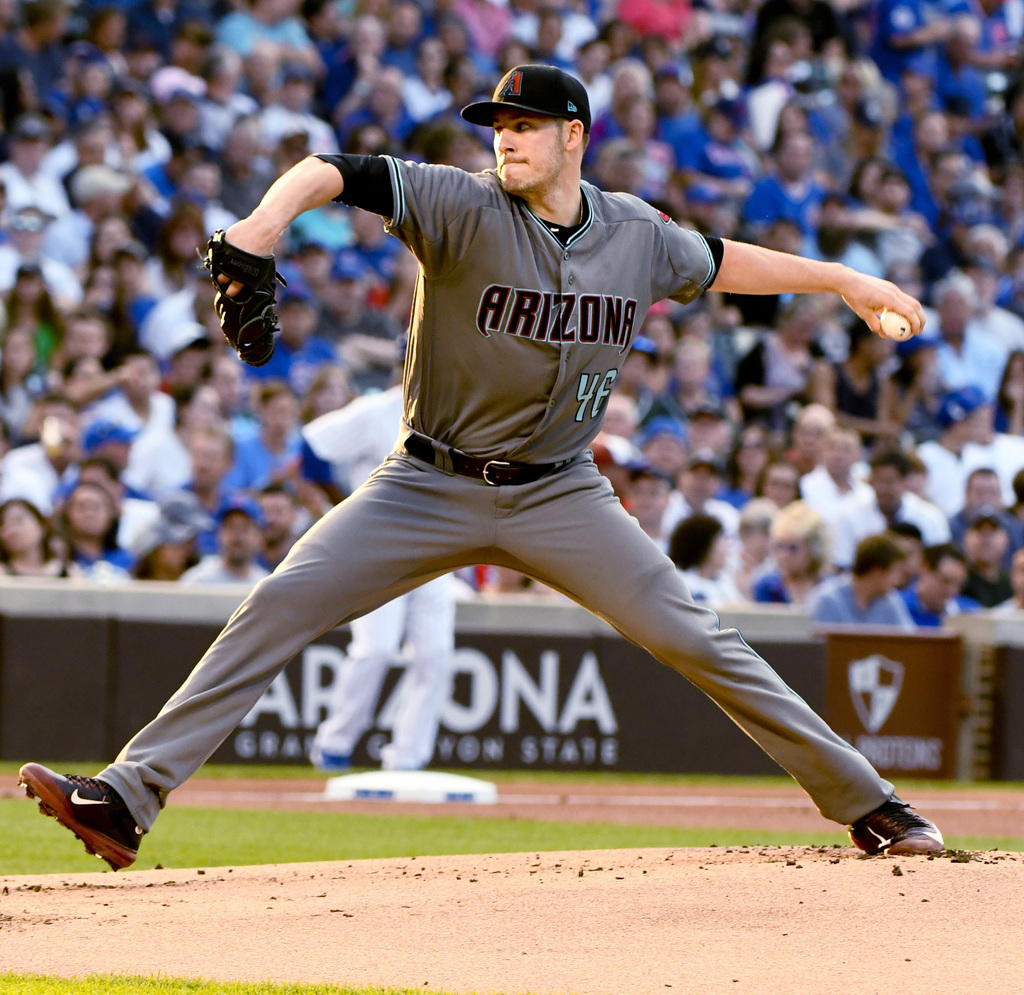 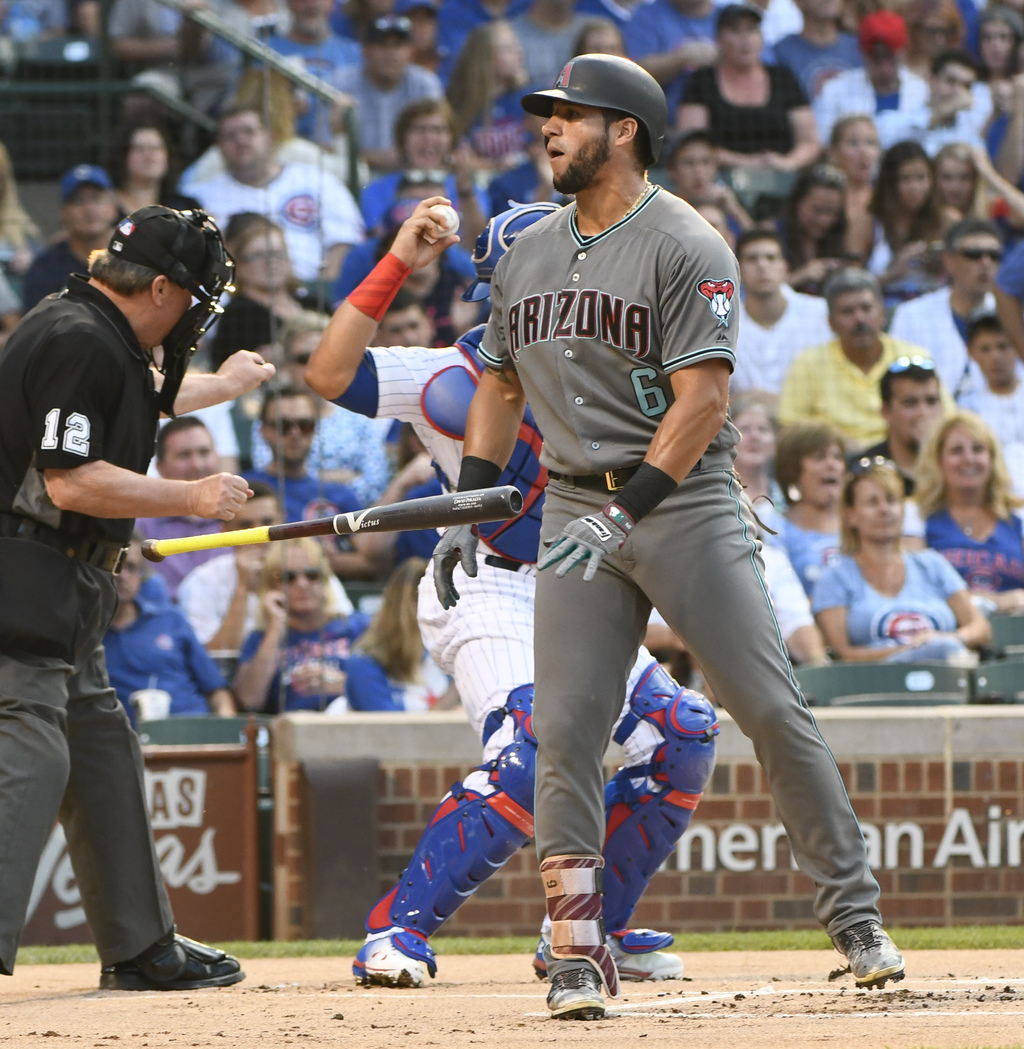 CHICAGO (AP) — Jon Lester hit his first major league homer and struck out nine to reach 2,000 for his career, helping the Chicago Cubs pound the Arizona Diamondbacks 16-4 on Tuesday night.

Anthony Rizzo went deep twice and Ian Happ and Javier Baez also connected as Chicago kicked off a six-game homestand with its 14th win in 17 games since the All-Star break. Rizzo, Baez and Albert Almora Jr. each drove in three runs, and Kris Bryant and Willson Contreras had two RBIs apiece.

The NL Central leaders rapped out 17 hits in their highest-scoring game of the season and stayed 2 1/2 games ahead of second-place Milwaukee.

With two outs and Happ on first in the third, Lester drove a 2-2 pitch from Patrick Corbin over the wall in center to make it 8-1. The crowd of 40,709 roared as Lester trotted around the bases and kept cheering until he popped out of the dugout for a curtain call.

Lester, a .072 career hitter coming into the night, also singled and scored in Chicago's four-run second. But the left-hander was pulled after the first three batters reached in the fifth, falling short of his fourth straight victory.

Adam Rosales had two hits and two RBIs in his first game with Arizona after he was acquired Monday in a trade with Oakland. Paul Goldschmidt and A.J. Pollock contributed two hits apiece, but the Diamondbacks were unable to overcome Corbin's worst start in weeks and a rough performance by their bullpen.

The Cubs sent 12 batters to the plate in a seven-run sixth, highlighted by Baez's three-run shot. Rizzo led off the seventh with his 26th homer in his return to the lineup after missing Sunday's victory over the Brewers with back soreness.

Corbin (8-10) lasted just three innings in his shortest outing of the season. He allowed eight runs, seven earned, and 10 hits after going 2-1 with a 2.59 ERA over his previous four starts.

T.J. McFarland replaced Corbin and was tagged for seven runs and five hits in 2 1/3 innings. Manager Torey Lovullo turned to Daniel Descalso for the eighth, and the infielder tossed a scoreless inning in his second career pitching appearance.

Hector Rondon (3-1) got five outs for the win and Mike Montgomery pitched three innings for his third save. The left-hander has recorded at least nine outs in each of his saves this year.

Cubs: Baez appeared to be favoring his left leg coming out of the box on a groundout in the fifth inning, but he stayed in the game. ... Manager Joe Maddon thinks he might have an easier time selling a day off to Rizzo after his back issue over the weekend. "I think we need to be proactive to make sure that Anthony is well," he said.

Cubs right-hander Jake Arrieta (10-7, 4.03 ERA) tries to build on an impressive July when he starts the second game of the series Wednesday night. Right-hander Zack Godley (4-4, 3.06 ERA) pitches for the Diamondbacks. Arrieta went 3-1 with a 2.25 ERA in five starts last month. Godley pitched seven sharp innings in a 4-0 victory at St. Louis on Thursday.