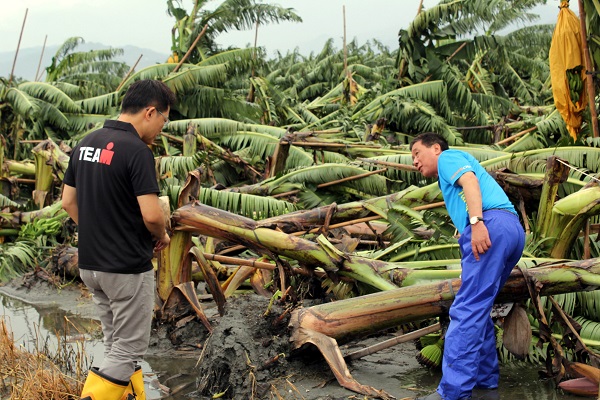 TAIPEI, (Taiwan News)-- Agricultural losses following the two recent weather events on July 29-30 have reached NT$280.5 million (US$9.27 million), according to the Council of Agriculture (COA).

Typhoon Nesat, with Typhoon Haitang following hard on its heels, caused heavy losses to Taiwan's agriculture industry. Not only were crops and harvests destroyed, but animal husbandry and the fishing industry were also affected.

The central Taiwanese counties of Chiayi and Yunlin incurred damages of NT$18.07 million and NT$17.36 million, respectively, or around 6 percent each of total losses.

In the south, Pingtung County suffered the second greatest losses after Yilan, with damages of NT$76.74 million, or 27 percent of total losses.

The total cost to the agricultural sector is expected to reach NT$246.49 million with 4,772 tons of crops destroyed. The COA has designated Yilan and Pingtung counties eligible for cash assistance and low interest loans.