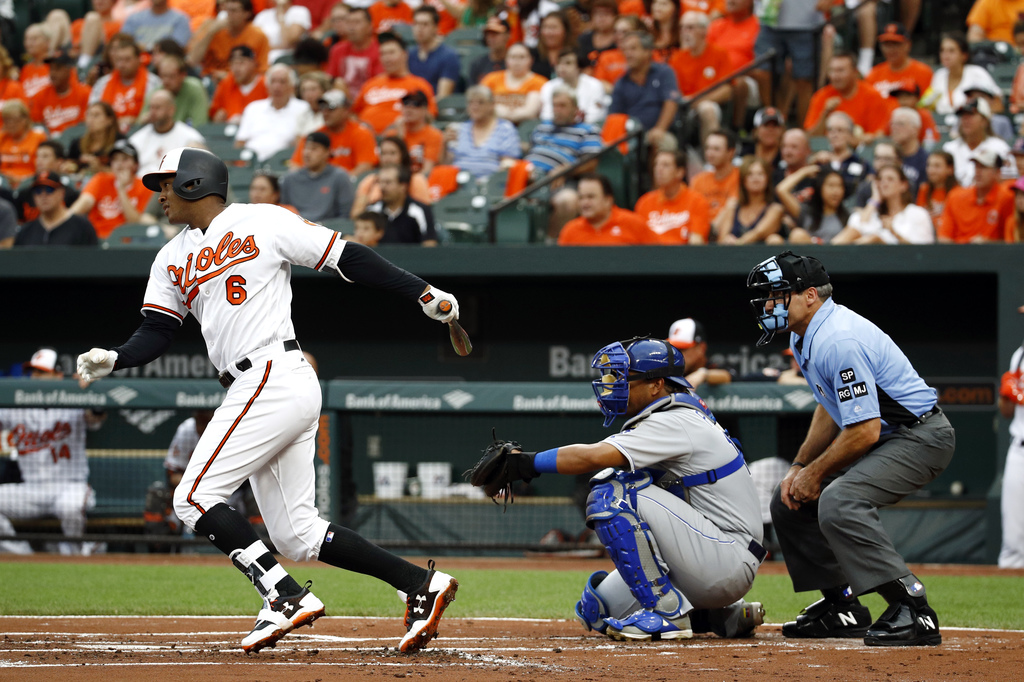 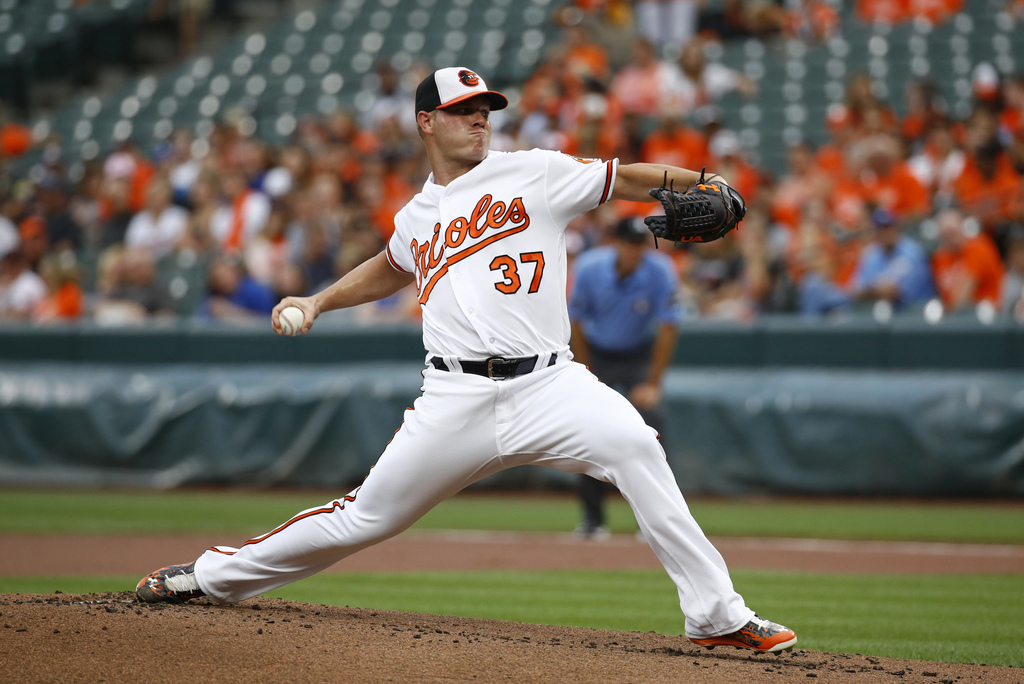 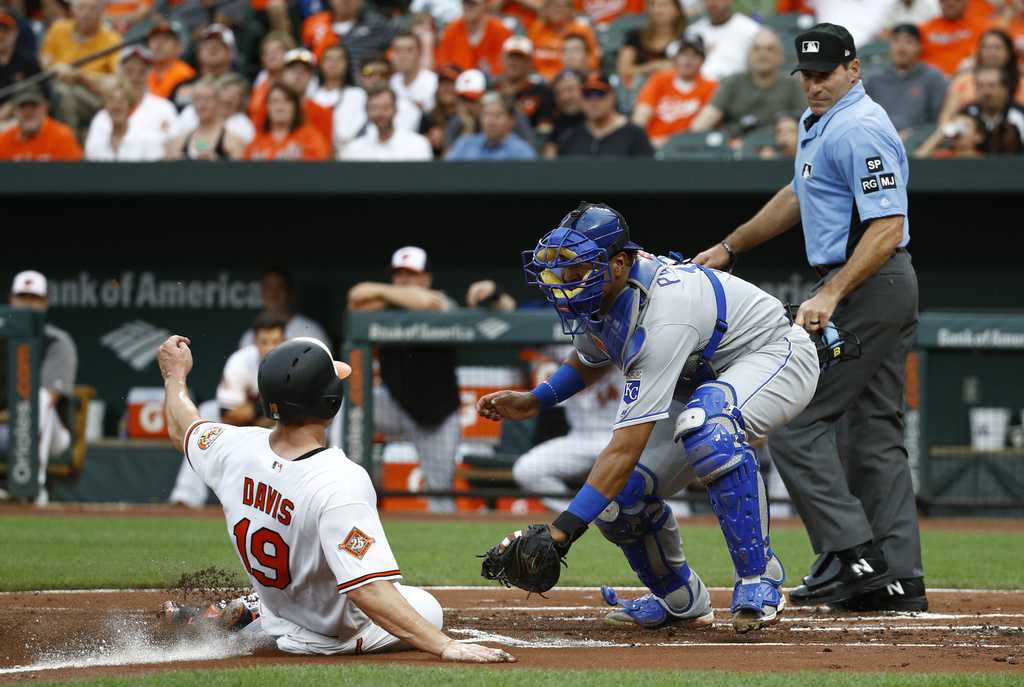 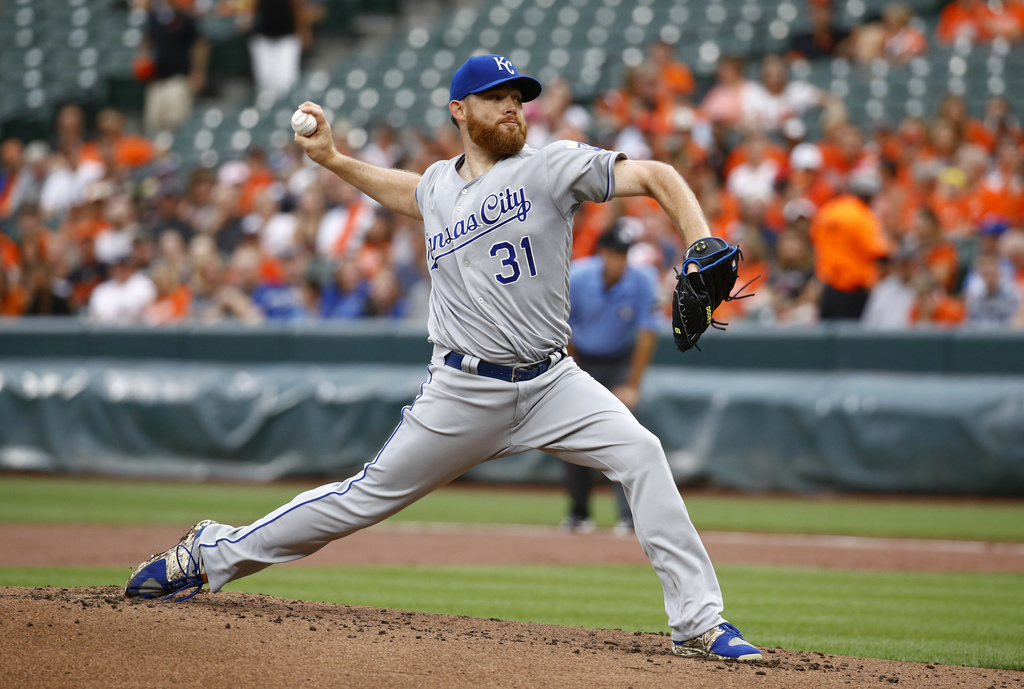 Seth Smith drove in three runs to help the Orioles move within two games of .500 (52-54) for the first time since July 3.

Kansas City will seek to avoid a three-game sweep on Wednesday. The Royals came to town having won 10 of 11, but they've only scored three runs in these two games at Camden Yards.

Bundy (10-8) struck out five and walked one. The right-hander had not pitched more than seven innings in any of his previous 34 major league starts.

All three hits Bundy allowed were singles — none after the third inning — and he retired the final 13 batters he faced. The only run he allowed was unearned.

Brad Brach gave up a run in the ninth.

Baltimore's winning streak began over the weekend and gained momentum late Monday after the front office decided to be buyers at the non-waiver trade deadline, obtaining Beckham from Tampa Bay for a minor league pitcher.

Making his debut with Baltimore on Tuesday after playing his first 238 major league games with the Rays, the shortstop singled and scored in the fifth inning and doubled in the seventh before coming home on a single by Smith.

The victory pulled Baltimore within 3 ½ games of Kansas City for the final AL wild-card spot.

Baltimore took a 2-0 lead against Ian Kennedy (4-7) in the first inning, bunching together four straight hits — including an RBI single by Jonathan Schoop and a run-scoring double by rookie Trey Mancini.

After Kansas City scored in the third, Adam Jones made it 3-1 in the fourth with a two-out RBI single.

Kennedy gave up four runs and eight hits in four-plus innings. He was 4-0 in nine starts since June 5.

Royals: INF Cheslor Cuthbert (left wrist sprain) resumed his rehabilitation assignment Tuesday, going 1 for 5 with a solo home run for Triple-A Omaha while playing the full game at third base. It was Cuthbert's first action since July 25. In 10 games at Omaha, Cuthbert is hitting .211 with two homers and four RBIs.

Orioles: An MRI on Mark Trumbo's oblique strain provided "very positive news," manager Buck Showalter said, adding that the slugger might be ready to come off the DL after a 10-day stay.

Royals: LHP Jason Vargas (13-4, 3.00 ERA), who has not lost in his last five road starts, pitches Wednesday night in the series finale.

Orioles: RHP Jeremy Hellickson makes his Orioles debut after being traded from Philadelphia over the weekend. He's 3-2 with a 5.01 ERA in nine career appearances at Camden Yards.