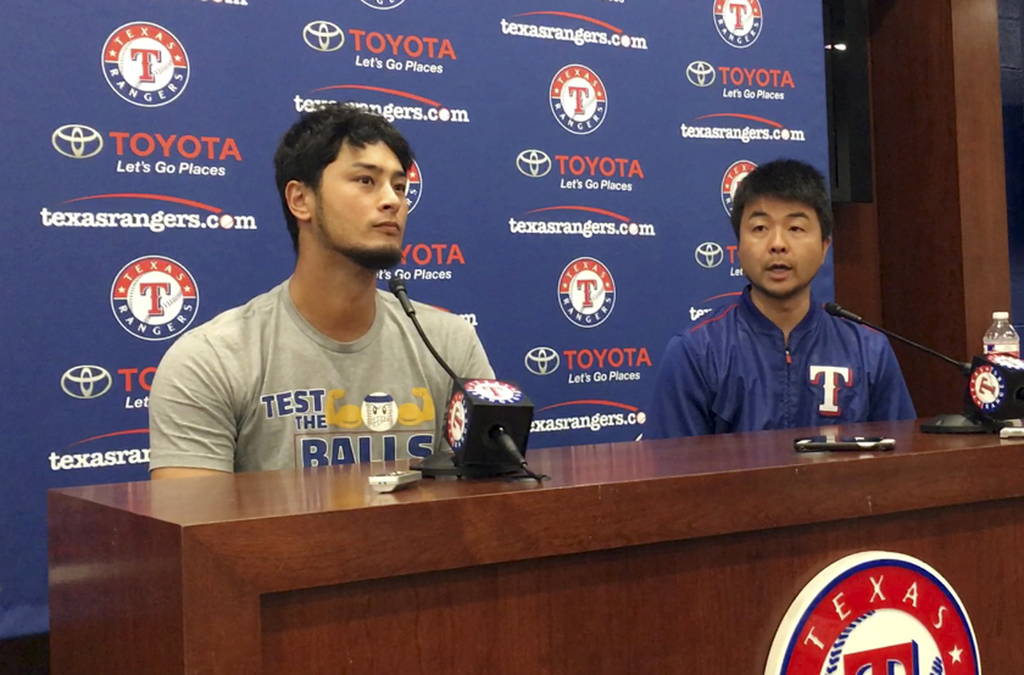 ATLANTA (AP) — Yu Darvish will make his debut with the Los Angeles Dodgers on Friday night at the New York Mets.

Darvish, a four-time All-Star, was acquired from the Texas Rangers for three prospects just before Monday's deadline to make trades without waivers. He was not with the team for Tuesday night's opener of a three-game series against the Atlanta Braves.

Manager Dave Roberts said Darvish will join the team on Wednesday and throw a bullpen session.

The Dodgers, who lead the NL West by 14 games and have the best record in the majors at 74-31, bolstered their postseason outlook by adding Darvish and relievers Tony Watson and Tony Cingrani to an already deep roster.

"We acquired three players," Roberts said. "We look at that and our club has been enhanced. After that kind of settles in, we understand we have a lot of work to do."

Watson came from the Pittsburgh Pirates and joined the Dodgers on Tuesday. Roberts said Cingrani, acquired from Cincinnati, will arrive on Thursday.

Watson will move into a setup role behind closer Kenley Jansen. Watson said he could immediately tell "the energy is great" in the Dodgers' clubhouse.

"It's contagious. It's infectious, the clubhouse environment," Watson said. "You can tell everyone is excited and expecting to win."

Roberts shrugged off Darvish's unimpressive season totals. The right-hander who returned last year from Tommy John surgery is 6-9 with a 4.01 ERA and allowed 10 runs in 3 2/3 innings against Miami in his last start. He's 0-5 in his last eight outing.

"I still think it was the last start that inflated the ERA," Roberts said, adding "Obviously, he's an elite pitcher.

"Talking to certain people over there that I'm familiar with, he's a great teammate. Obviously when you see him from the other side you see the pitch mix. Very elite. You add him to the pitching staff we already have, obviously it makes us considerably better."

Watson said Darvish "is special" and said the return of Dodgers ace Clayton Kershaw from a lower back strain "will be even better."