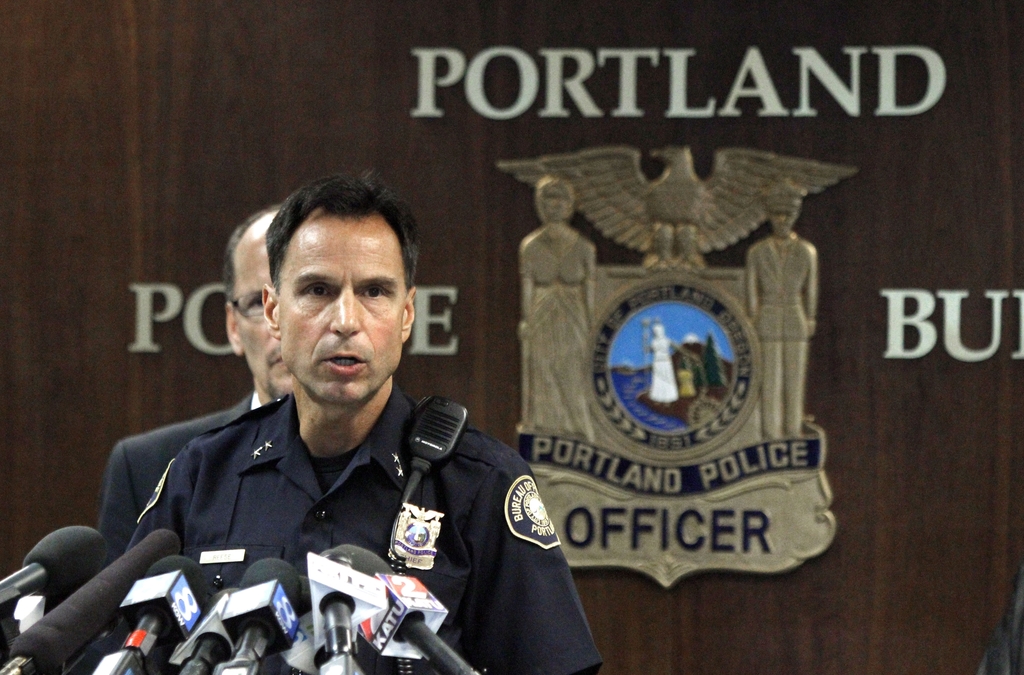 SALEM, Ore. (AP) — A sheriff in Oregon and federal authorities are blaming each other for the case of a Mexican man who has been deported from the United States at least 13 times and who allegedly assaulted two women in Portland days after being released from jail.

The case has helped fuel the national immigration debate. Republican state lawmakers are asking Gov. Kate Brown to veto a bill passed by the Legislature that would strengthen Oregon as a sanctuary state, barring state and local agencies from asking about a person's immigration status and from disclosing information to federal officials, except in certain circumstances.

The bill was introduced at the request of Brown and Attorney General Ellen Rosenblum, a fellow Democrat. Brown still plans to sign it despite the case of Sergio Jose Martinez, who had been jailed for interfering with police and providing a false birth date and walked free on a July 17 plea deal.

A week later, he entered a sleeping 65-year-old woman's apartment, physically and sexually assaulted her, and stole her car, authorities said.

He then accosted a woman who was going into a parking garage after getting off work, threatened to kill her and bashed her head repeatedly against the concrete floor, authorities said. Martinez was rearrested after people nearby intervened and police chased him down.

U.S. Immigration and Customs Enforcement said in a statement it had asked the Multnomah County Sheriff's Office to prevent Martinez' release when his sentence was served so the agency could take him into custody. But Sheriff Michael Reese said he could not legally continue to hold Martinez on the federal agency's "immigration detainer" request.

"This terrible incident is concerning for everyone," Reese said in a statement Monday. "The Multnomah County Sheriff's Office members followed state statute and federal case law. ... We held the defendant until he could not be legally held any longer."

In 2014, a federal judge in Oregon ruled that Clackamas County, which covers part of suburban Portland, violated an immigrant's rights by keeping her in jail on a federal detainer request after her domestic violence case was settled. She sued, and settled with the county for $30,100 and legal costs. Since then, law enforcement agencies in Oregon don't heed federal detainer requests.

Oregon in 1987 became America's first sanctuary state with a law preventing law enforcement from detaining people who are in the United States illegally but have not broken other laws.

Advocates of the new Oregon bill say immigrant families live in fear that members who moved to the U.S. illegally will be deported, tearing families apart. Students born in America are automatically U.S. citizens and are afraid they will return home to empty houses, with their parents deported, two Portland high school principals testified.

Reese said that if the federal agency had sent a criminal detention warrant signed by a judge, the Martinez case would have turned out differently.

"He was released consistent with the orders of the court. No federal or state criminal warrants were present at the time he left our custody," the sheriff said.

He noted that Martinez had been deported before "and has returned to commit additional crimes."

"It would help our community to understand how he was held accountable by federal authorities for multiple, illegal re-entries" Reese added.

U.S. Immigration and Customs Enforcement described Martinez as "a serial immigration violator who has been removed from the United States no less than 13 times since 2008." He has a lengthy criminal history in three states, including convictions for battery, burglary, and illegal re-entry after removal, all felonies, the agency said.

The agency, which has stepped up enforcement under President Donald Trump, said Multnomah County chose to "willfully ignore" its detainer request, describing the document as "a legally-authorized request, upon which a law enforcement agency may rely, to continue to maintain custody of an alien for up to 48 hours so that ICE may assume custody for removal purposes."

Martinez, 31, is now charged with assault, kidnapping, sodomy, sex abuse, burglary and robbery. His next court appearance is scheduled for Thursday.