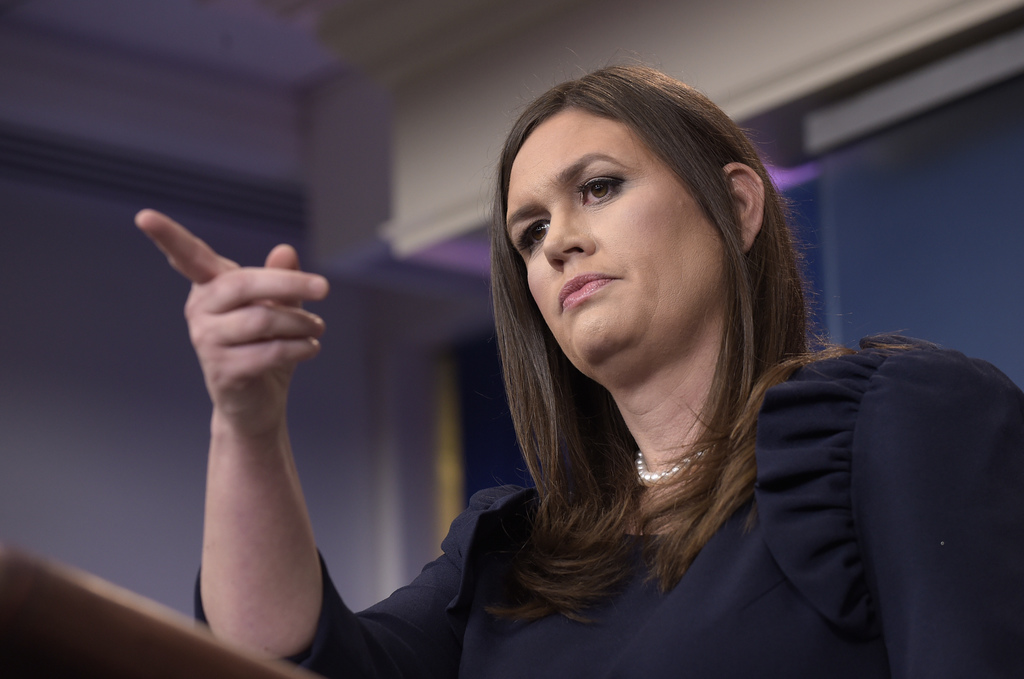 WASHINGTON (AP) — The White House is pushing back on a report that President Donald Trump dictated the July 8 statement in which his son, Donald Trump Jr., described a June 2016 meeting with a Russian lawyer.

White House spokeswoman Sarah Huckabee Sanders said Tuesday the president "weighed in as any father would based on the limited information that he had."

She says Trump Jr.'s statement is true and there was "no inaccuracy" in the statement.

The Washington Post reported Monday that Trump himself dictated the statement.

The statement said that Trump Jr. and other top members of the Trump campaign primarily discussed a Russian adoption program.

Emails released later by Trump Jr. show the meeting was suggested to the campaign as a way to deliver damaging information about Democrat Hillary Clinton.