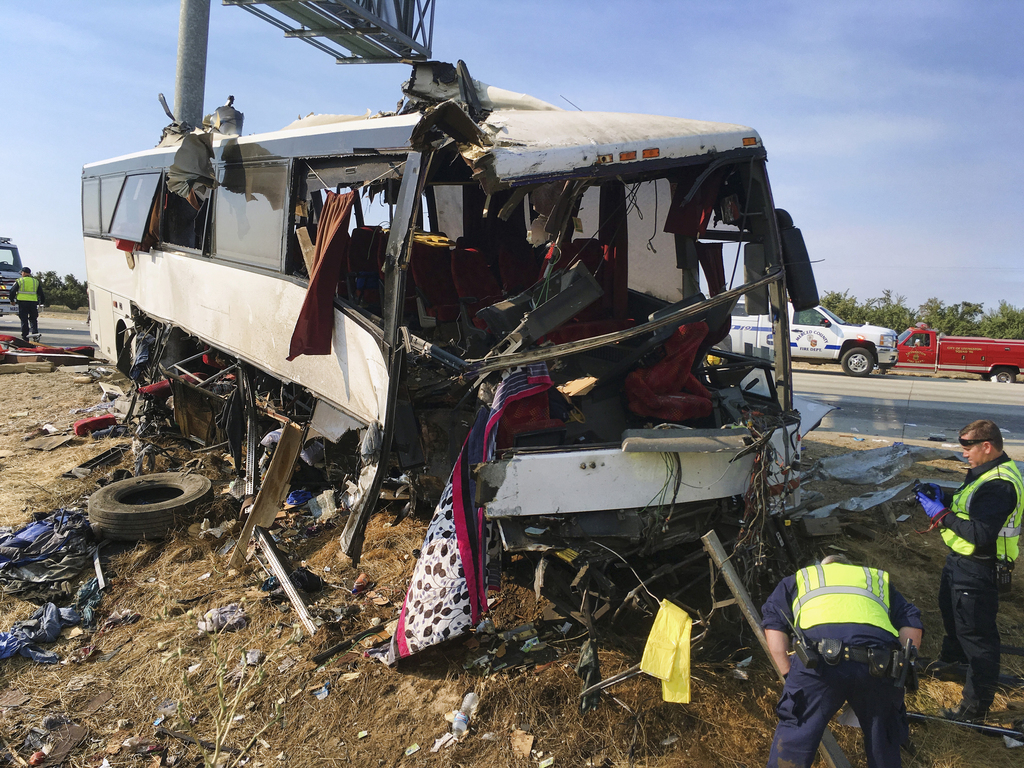 The Merced County District Attorney's office on Monday filed four felony counts of vehicular manslaughter and five misdemeanor vehicle code violations against Mario David Vasquez, 58, in connection with a bus crash on Aug. 2, 2016 near the central California farming town of Atwater, the office said in a statement.

The wreck happened when the bus heading on a state highway to Washington state struck a large sign post head-on, officials have said. Driver fatigue was believed to be a major factor in the crash, said District Attorney Larry D. Morse II.

The post sliced through the middle of the bus, crushing rows of seats. Besides the passengers who died, several passengers who survived had to have limbs amputated.

A California Highway Patrol investigation found Vasquez was using his cellphone frequently while driving the bus carrying 26 passengers through California, including a call he was on a few minutes before the crash happened.

His commercial driver's log book that he was required fill out showed he slept 6.5 hours the previous day but cellphone records suggested he did not sleep that much, said Morse. Vazquez also violated laws linked to the maximum driving time allowed for commercial drivers, Morse said.

Vazquez has 30 years of bus driving experience. The misdemeanor violations stemmed from the driver's alleged falsification of his daily log book, failure to keep accurate records and laws relating to maximum driving time for commercial drivers.

"Mr. Vasquez's extreme fatigue, violations of commercial regulations and repeated use of a cellphone while entrusted with the care of passengers demonstrated a gross dereliction of the duty he owed not just to his passengers, but to every motorist on Highway 99 that morning," Morse said.

Amanda McCoy, a spokeswoman for the Merced County District Attorney's office, said she did not know if Vasquez has an attorney.