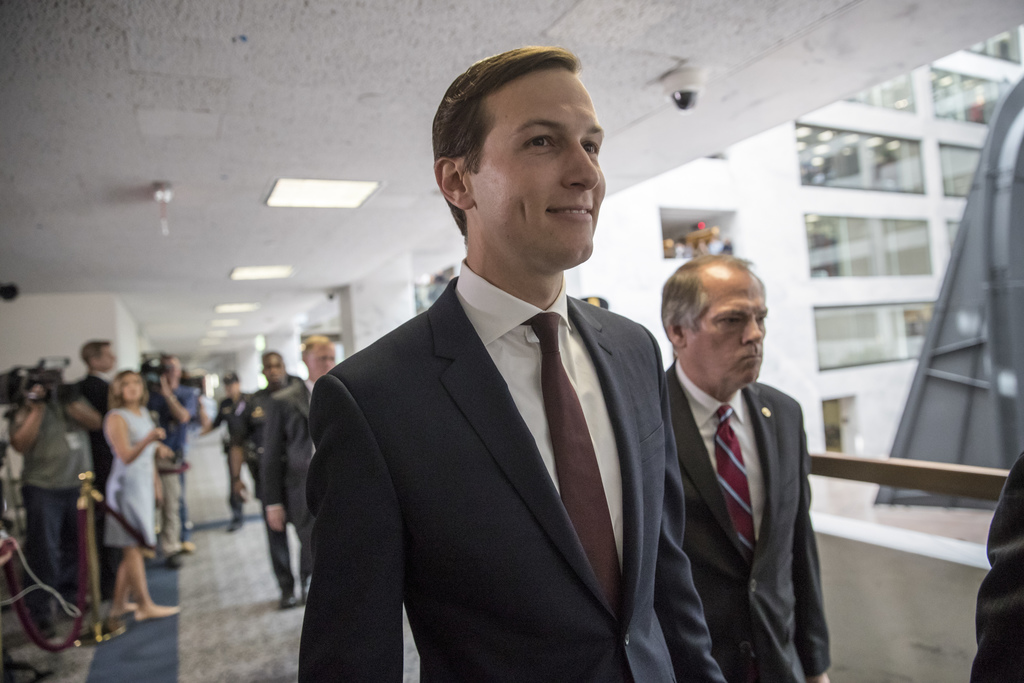 WASHINGTON (AP) — President Donald Trump's son-in-law told a group of congressional interns that the Trump campaign couldn't have colluded with Russia because the team was too dysfunctional and disorganized to coordinate with a foreign government.

The remarks on Monday by Jared Kushner, a senior adviser to the president, came in response to a question about Special Counsel Robert Mueller's investigation into Russia's meddling in the 2016 election and whether the Trump campaign worked with Moscow.

ForeignPolicy.com first reported Kushner's remarks, which were intended to be off the record. "They thought we colluded, but we couldn't even collude with our local offices," Kushner said, according to the website.

A Democratic congressional aide knowledgeable of the meeting confirmed the accuracy of the remarks and others that Kushner made. The aide spoke on condition of anonymity to freely describe the talk.

Kushner also told the interns that the White House doesn't know where Mueller's inquiry is headed. He said he didn't think he'd embark on a career in government and politics after Trump's victorious White House bid so he didn't carefully track his contacts with foreign officials, which is required information on a security clearance application.

His meeting with the interns is part of a regular series in which guest speakers meet with them each year. The organizers of the event initially asked the interns to write down their questions and Kushner would randomly select them to answer. But the congressional aide said Kushner insisted on taking live questions and didn't hesitate to answer them.

Kushner met privately last week at the Capitol with members of the Senate and House intelligence committees. He acknowledged four meetings with Russians during and after Trump's victorious White House bid and insisted that he had "nothing to hide."

Kushner said: "All of my actions were proper."

Hours before meeting privately with the committees, Kushner released an 11-page statement that detailed four contacts with Russians during Trump's campaign and transition. He described each contact as either insignificant or routine and he said the meetings, along with several others, were omitted from his security clearance form because of an aide's error.

Kushner cast himself as a political novice learning in real time to juggle "thousands of meetings and interactions" in a fast-paced campaign.