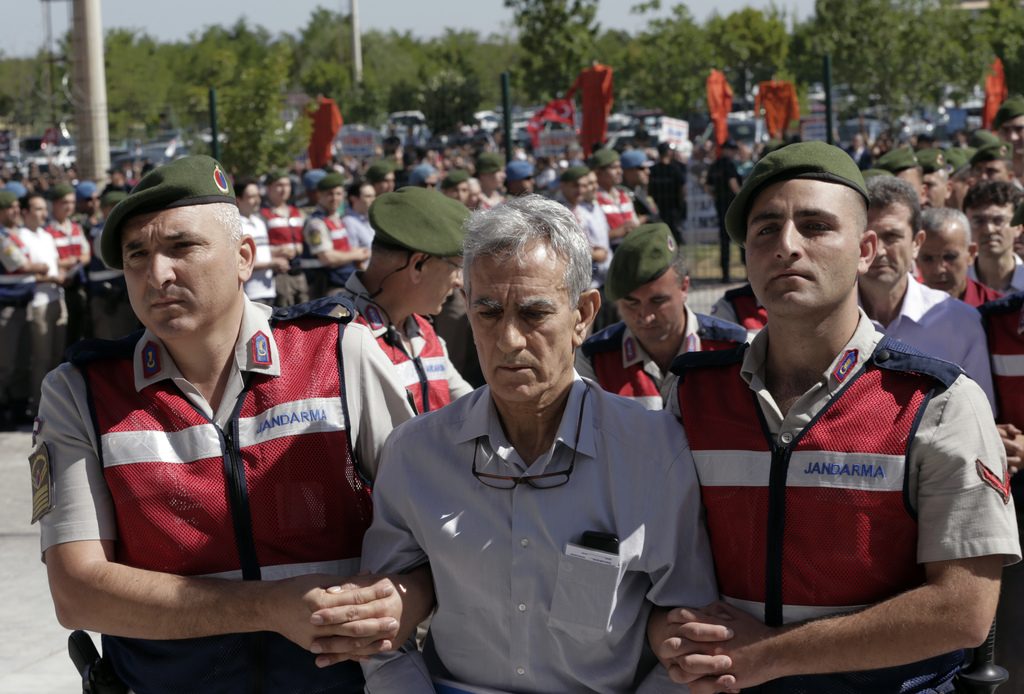 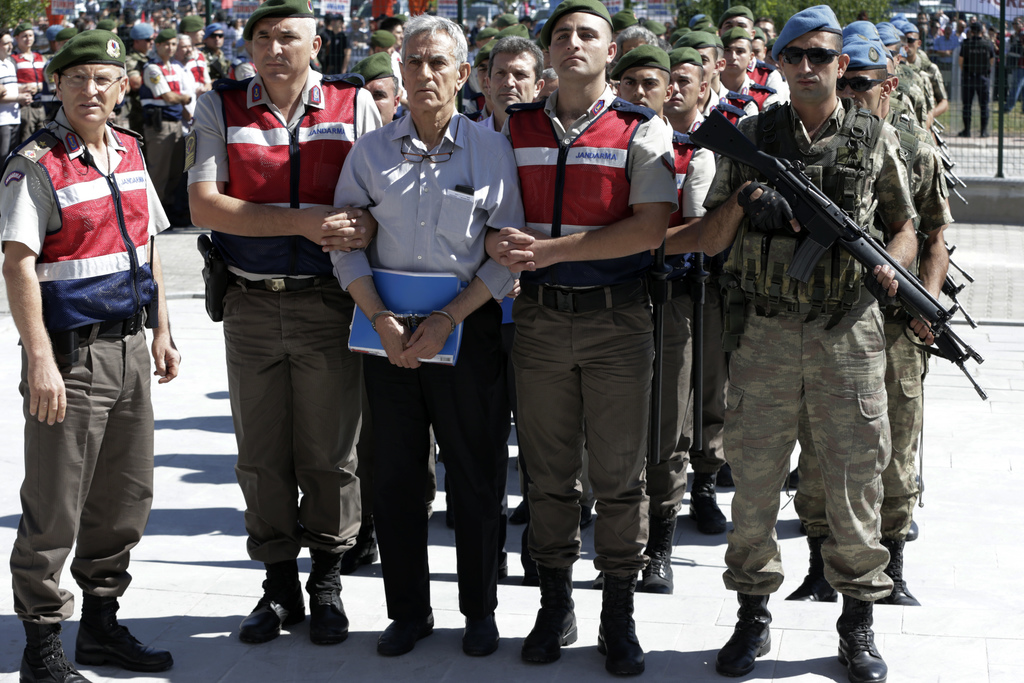 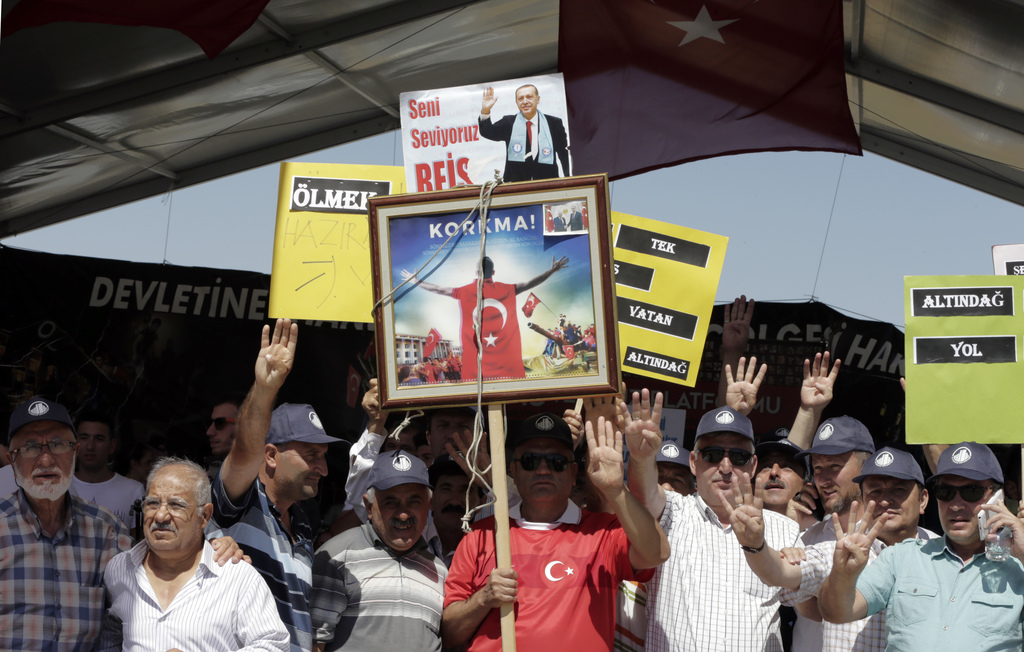 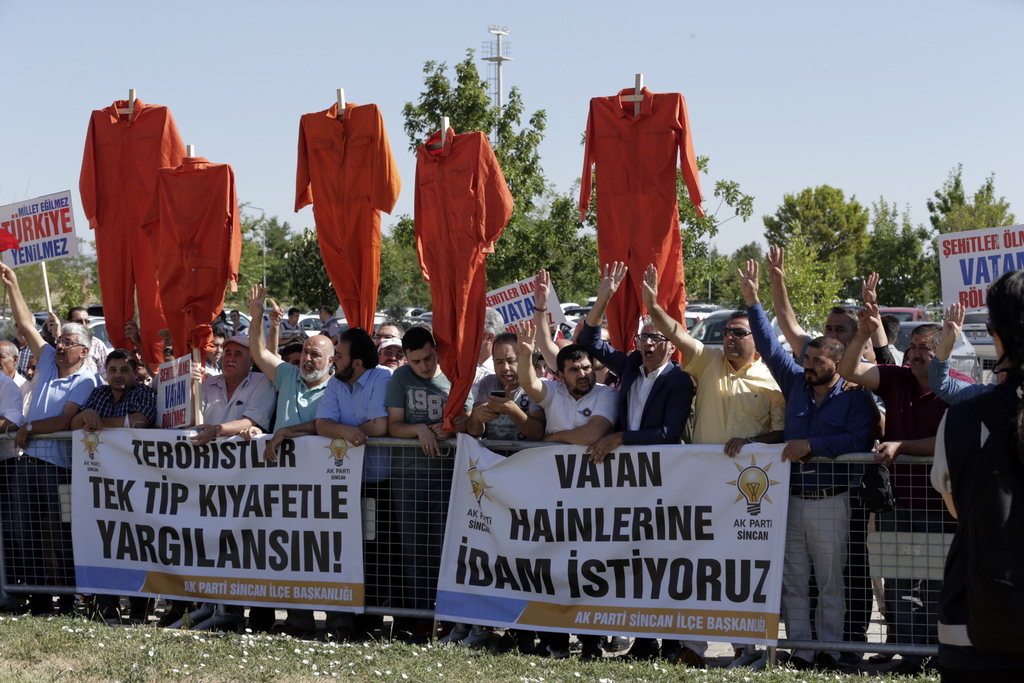 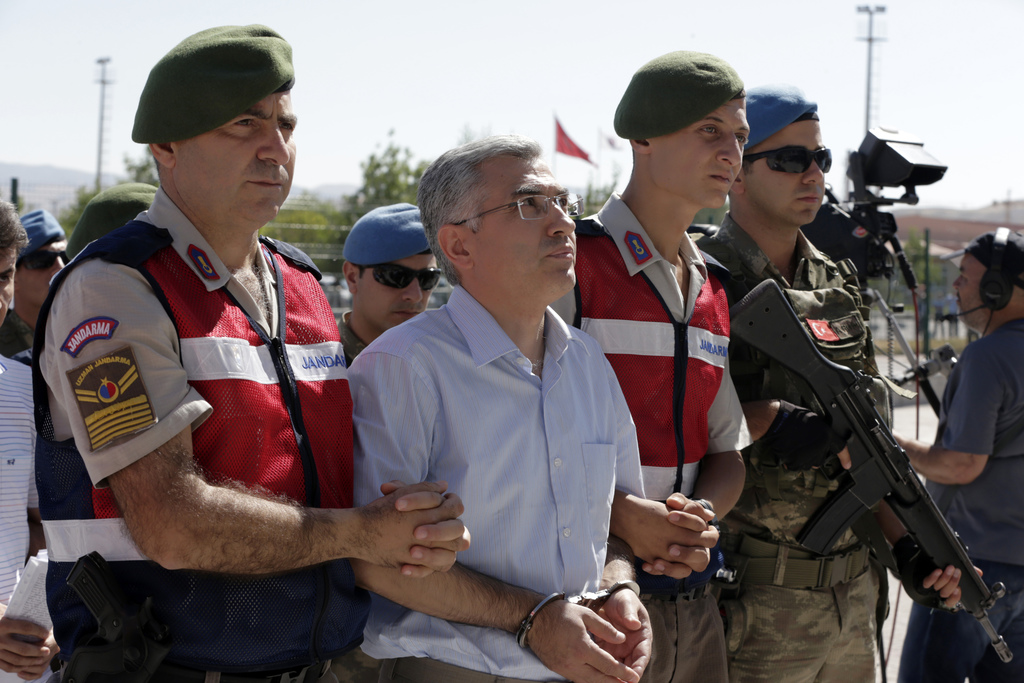 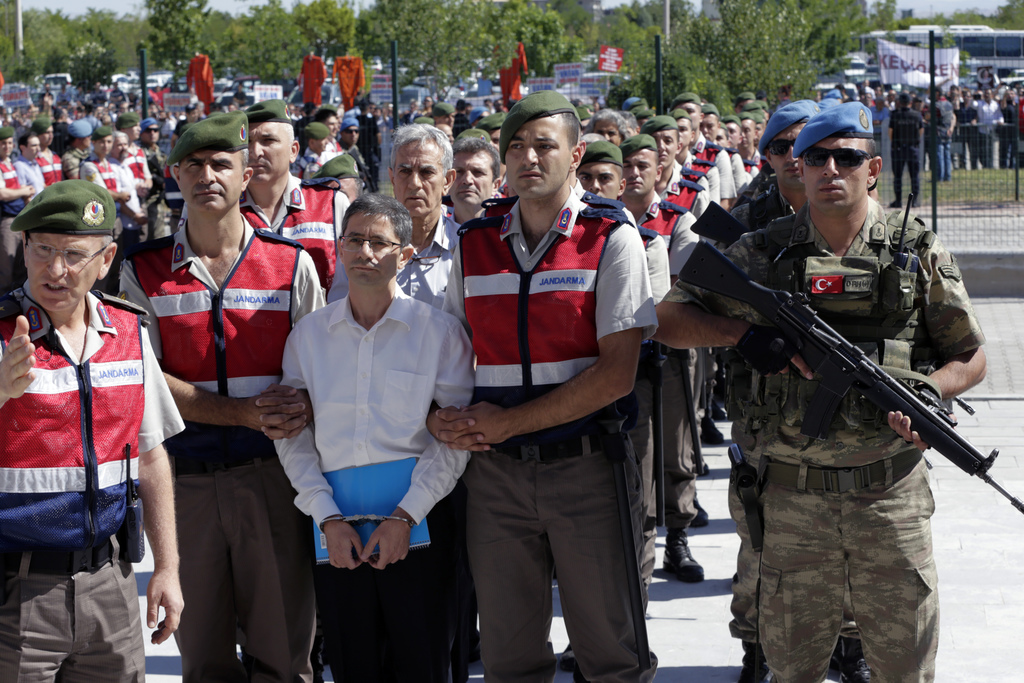 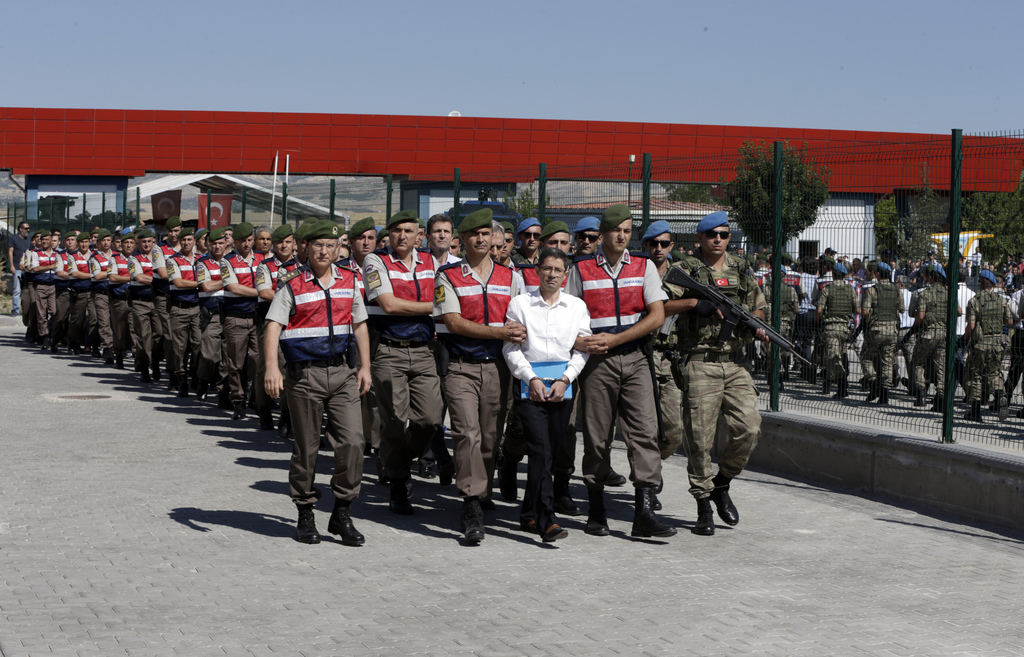 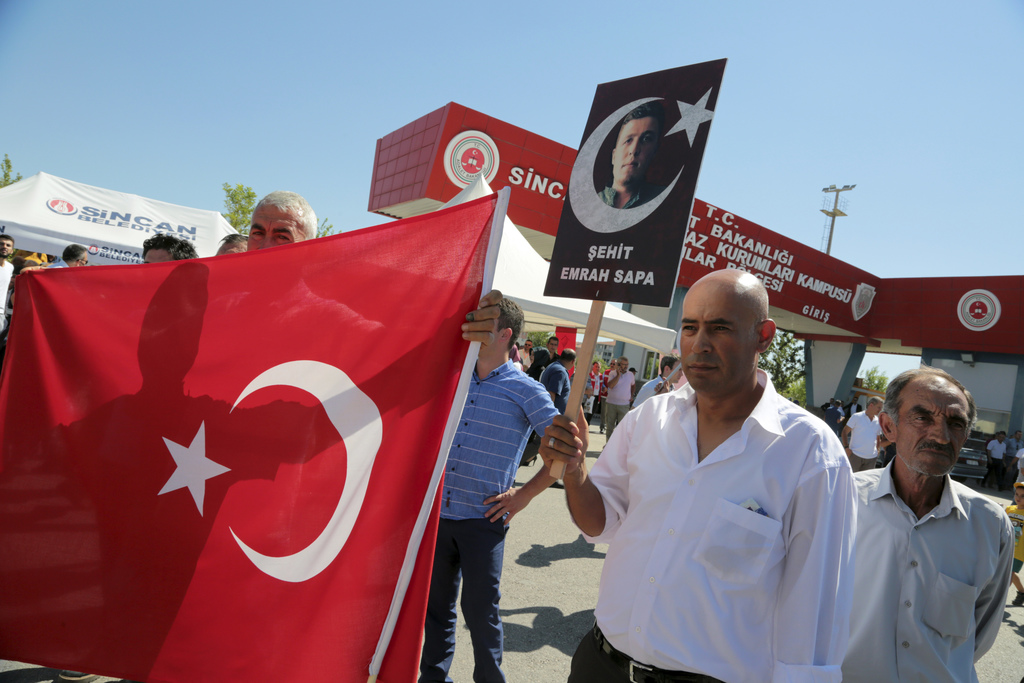 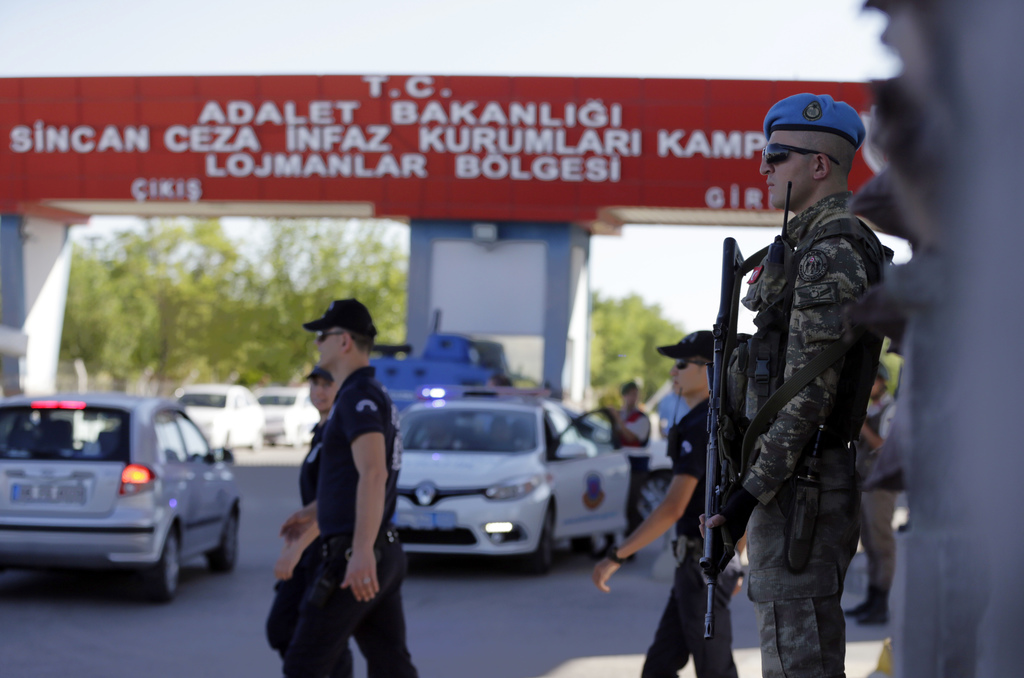 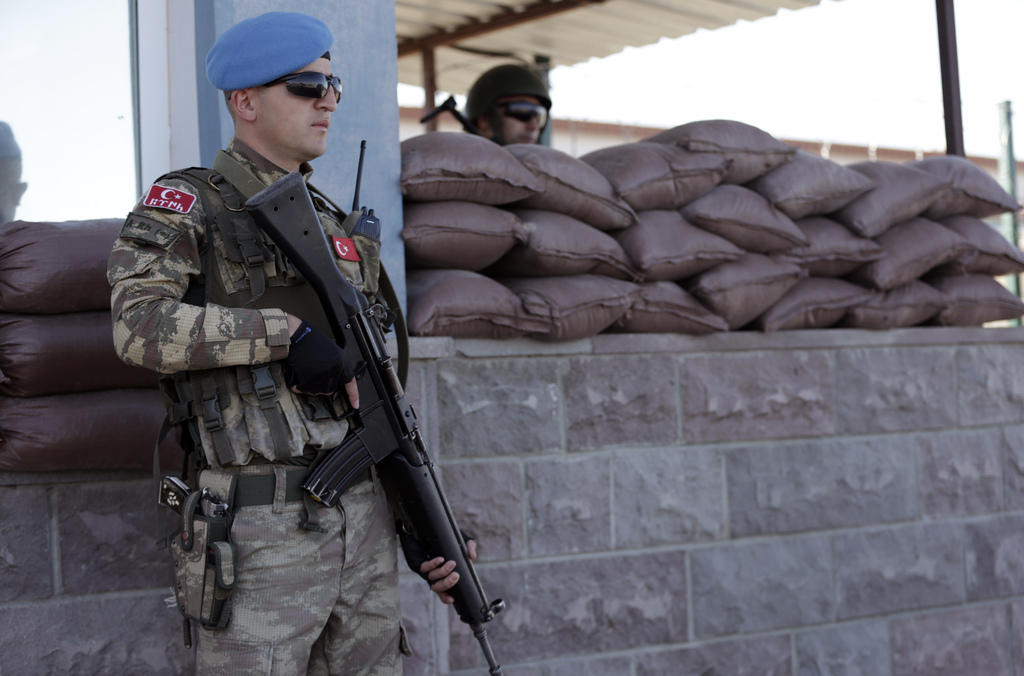 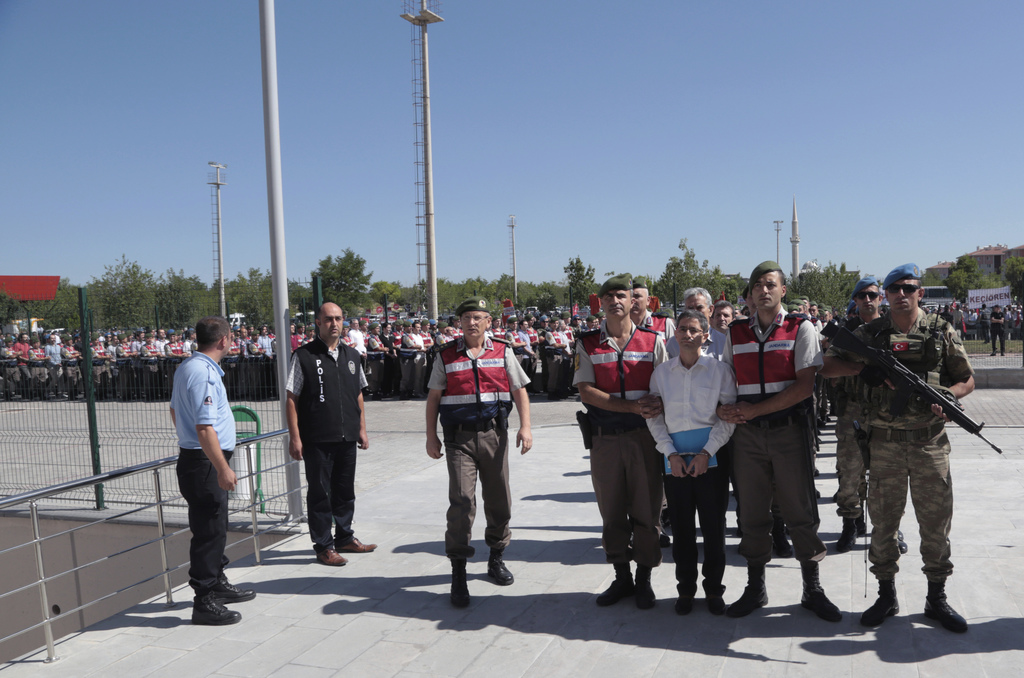 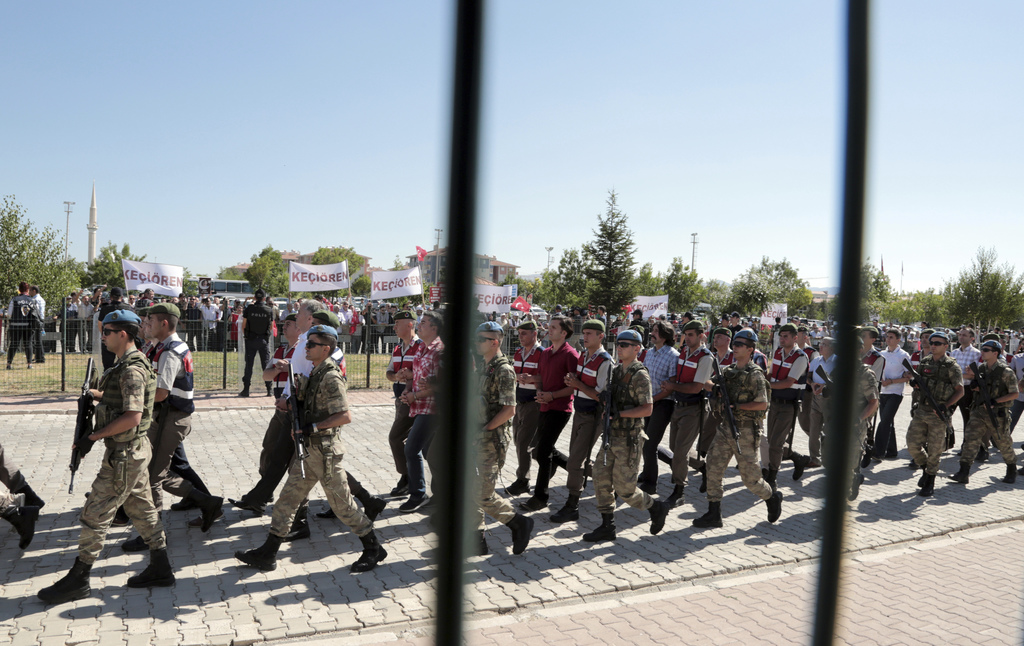 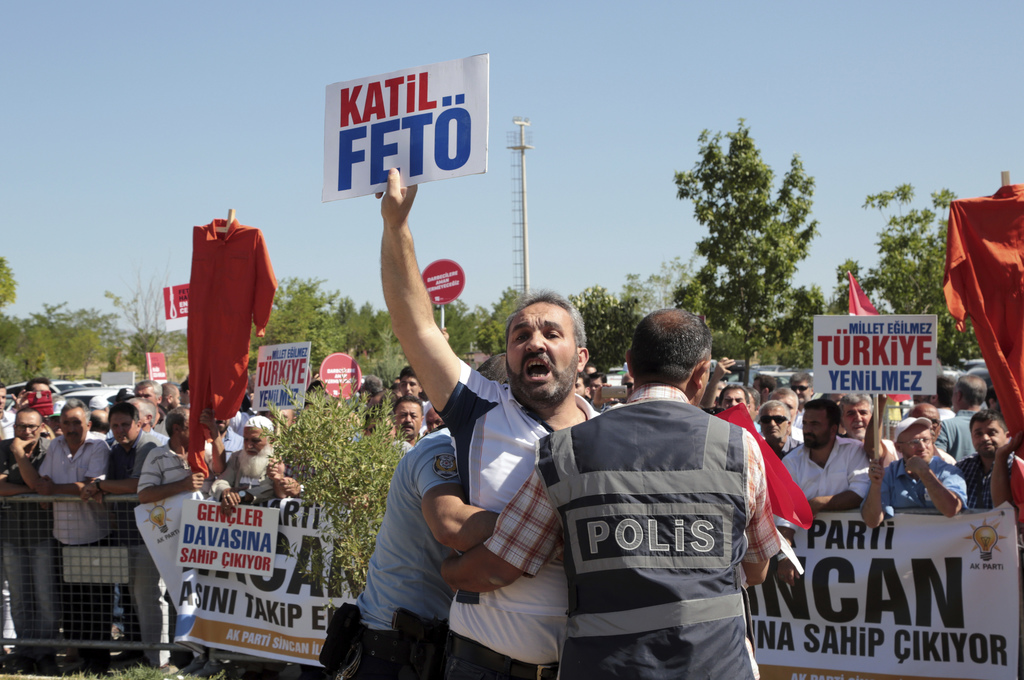 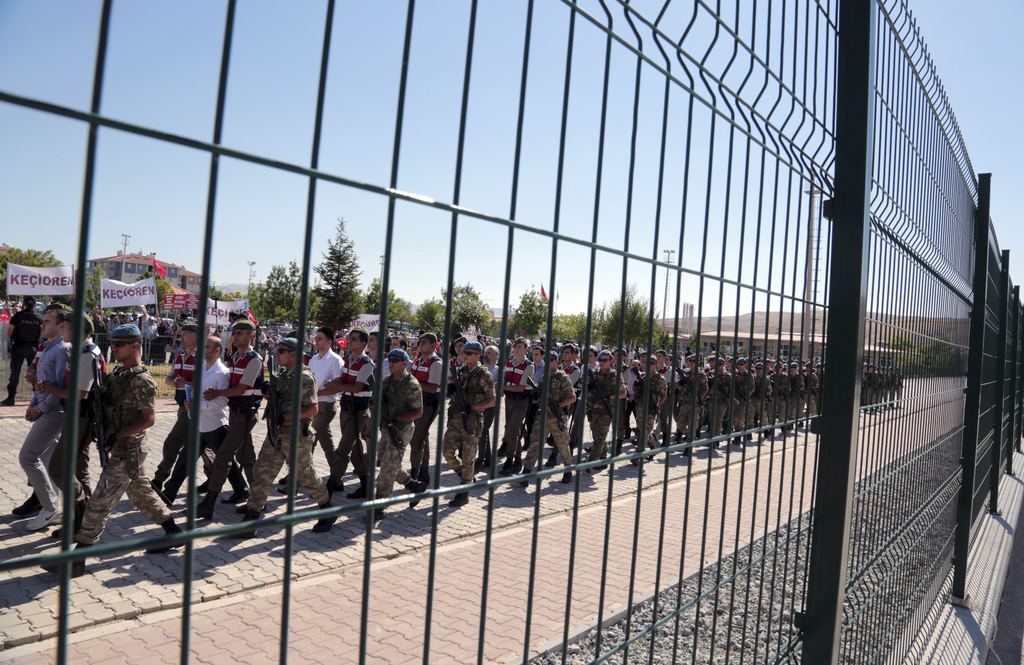 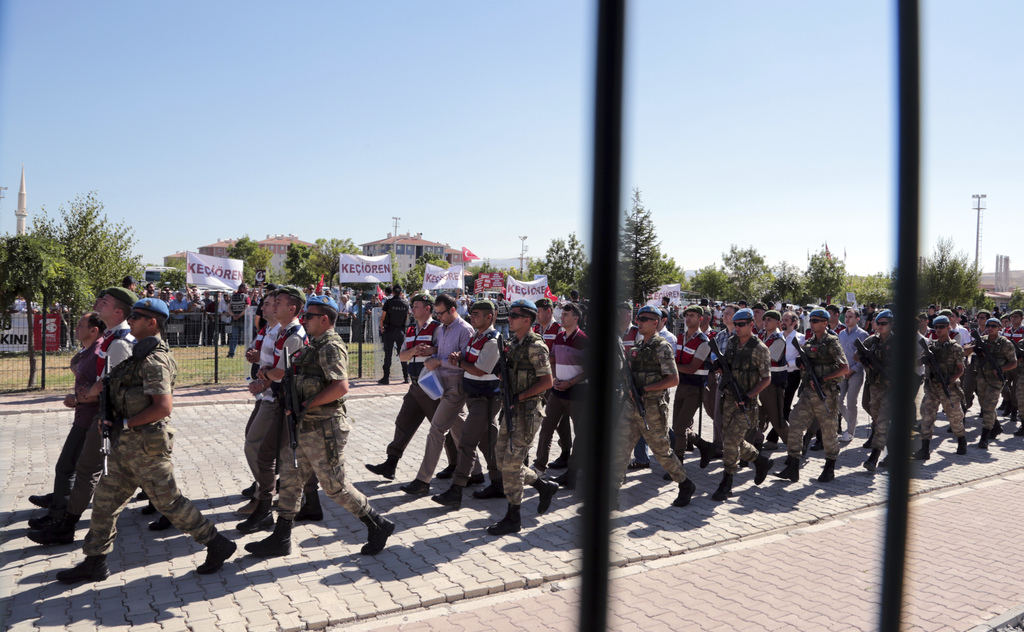 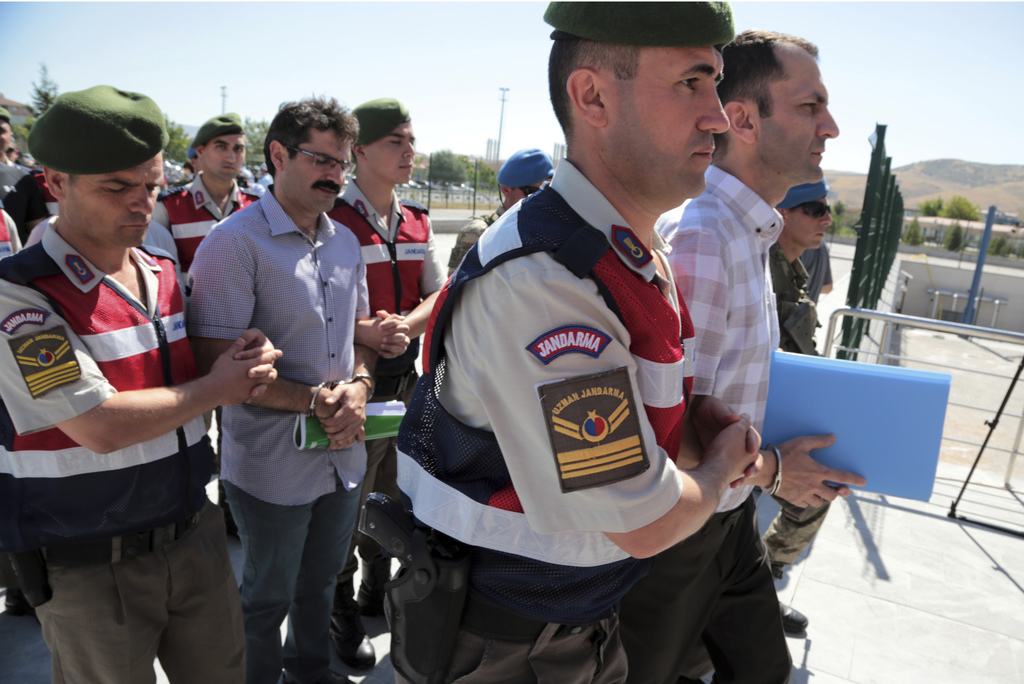 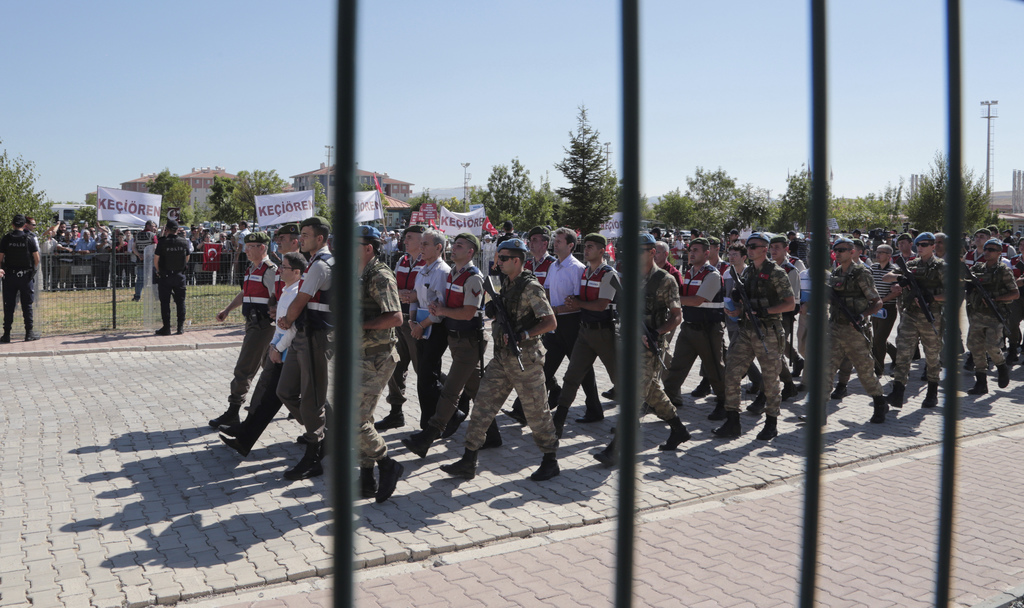 The trial is part of a post-coup crackdown that has imprisoned 50,000 people and seen another 110,000 fired from their government jobs. Many of the suspects Tuesday face life in prison for crimes including murder and attempting to overthrow the government.

The main defendant in the case is being tried in absentia, U.S.-based cleric Fethullah Gulen, whom the Turkish government blames for the deadly July 15, 2016 coup. Gulen has denied involvement.

The other defendants include generals and fighter jet pilots at the Akinci air base, on the outskirts of Ankara, the capital, who are accused of directing the coup and bombing key government buildings, including the parliament.

The trial, which is expected to last at least a month, is one of dozens underway in Turkey in relation to the coup attempt that resulted in 249 deaths. Some 30 coup-plotters were also killed.

The government says the coup-plotters used Akinci air base as their headquarters. Turkey's military chief Gen. Hulusi Akar and other commanders were held captive for several hours at the base on the night of the coup.

On Tuesday, a group of 41 defendants were made to march from their jail to a courthouse that was especially built at a prison complex to try the coup plotters. They were handcuffed, with two paramilitary police officers on each arm, and protected by armed special force officers.

About 300 people — including some families of those killed or wounded during the coup attempt and ruling party supporters — staged a protest Tuesday at the site. Some threw ropes toward the defendants, demanding that the government reinstate the death penalty and that those convicted be hanged. Others threw stones or tried to break through police lines to reach the suspects, shouting "Murderers!"

One group of protesters tried to climb over a barbed wire fence screaming "Let the traitors hang!" and "We want the death penalty!" but were blocked by police. A total of 1,300 security personnel were deployed inside and outside the courtroom.

President Recep Tayyip Erdogan and Akar, the military chief, submitted petitions requesting to be named as plaintiffs in the case, the state-run Anadolu Agency reported.

A total of 461 defendants are behind bars while 18 were freed pending the outcome of the trial. Seven others, including Gulen and an alleged top operative in his movement, are still wanted by the Turkish authorities and are being tried in absentia.

Ozturk, the former air force commander, is also on trial in a separate case, accused of being a ring-leader of the coup.