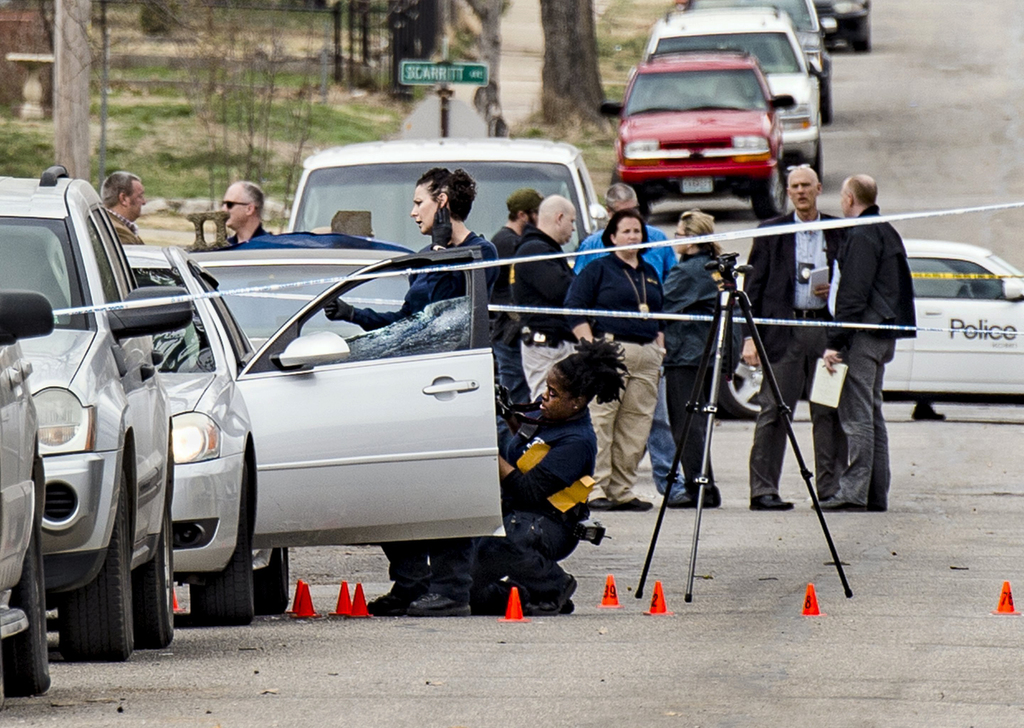 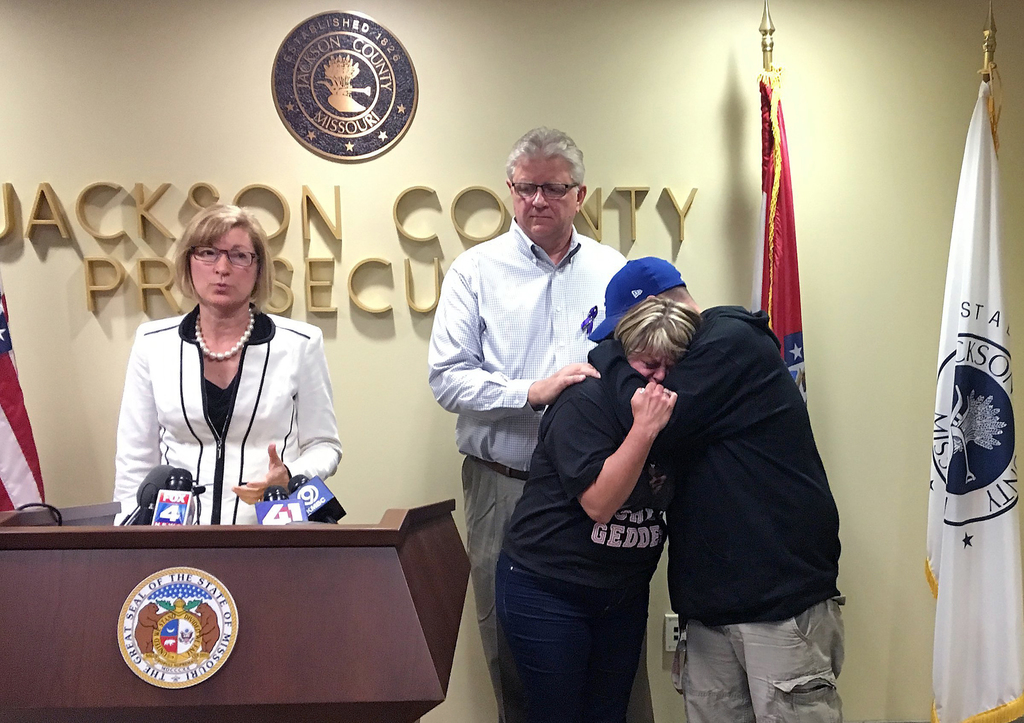 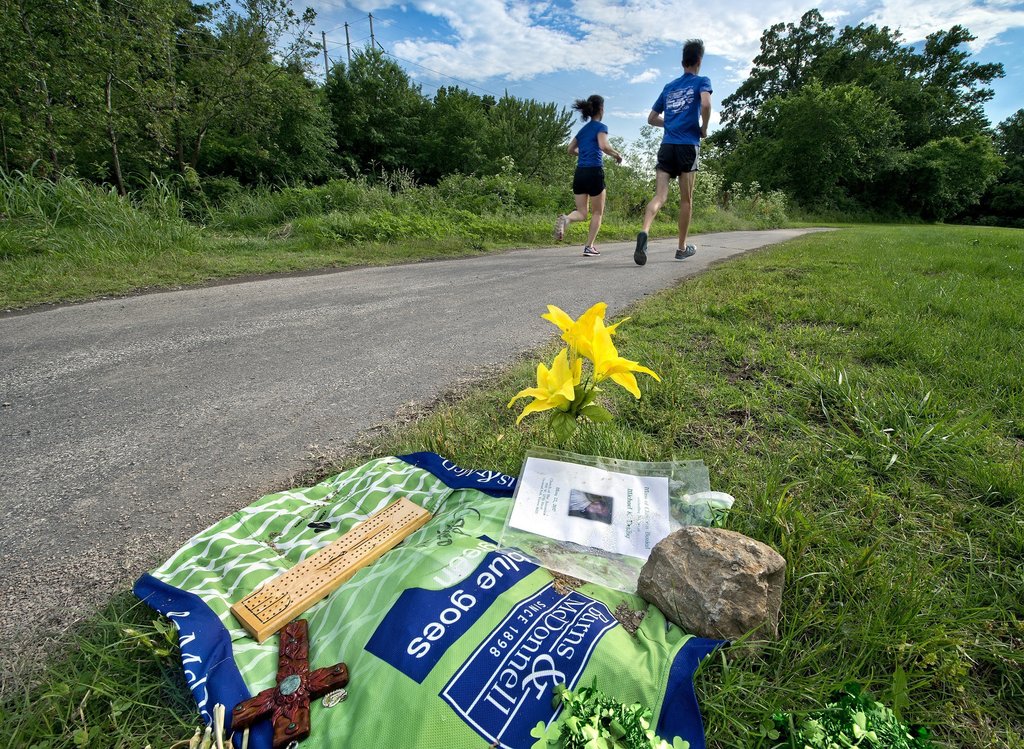 KANSAS CITY, Mo. (AP) — Kansas City already was marching toward its worst homicide year in decades when three men were slain in separate shootings over four hours one day last month. One was gunned down on a porch, another in a vehicle. The third man was shot in a front yard.

The bloodshed has the city in an unwanted spotlight and on the defensive, with the mayor, police brass and a local anti-crime task force official grasping for answers as homicides have soared by more than 43 percent so far over last year. The federal government already had put Kansas City on a list of communities to help.

The city's homicide rate actually dropped significantly from 1993 through 2015, mirroring a nationwide decline in violent crime during that run, a recent Kansas City Star analysis showed. But that same analysis found the homicide rate in 481,400-resident Kansas City is higher than the national rate — typical of big cities with large concentrations of people and economic deprivation — but is also decreasing at a slower rate than the rest of the country.

"I don't have any magic answers here. I'm not God," James — a Democrat, lawyer and former Marine who in 2015 swept to a second four-year term with 87 percent of the vote — told reporters recently during a meeting of the city's police board. "There's no accounting for the brutality, the crime and the senselessness of what goes on in this and every other large city in the country."

Other big U.S. cities also are wrestling with the issue. In Little Rock, Arkansas, police say they need the community's help combatting crime after five people were gunned down last week, pushing the 198,000-resident city's 2017 homicide total to 37 — 19 more than this time last year. In Louisville, the 73 homicides this year as of Tuesday — a dozen more than at this time in 2016 — puts 616,000-resident Louisville on pace for one of its bloodiest years on record. Louisville homicides had hovered at 60 each year before spiking to 80 in 2015, then to 118 last year.

James and others suspect killings in Kansas City continue to have much to do with decades-old, entrenched racism, poverty, the lack of education and jobs in the urban core, and the availability of illegal guns. Police figures show that every six of 10 victims of this year's Kansas City homicides were black males and were ages 17 to 34, and 71 of the 86 slayings as of Tuesday involved firearms, though it's unclear how many of those were unlawfully obtained.

On Friday, the city's police board promoted Maj. Rick Smith — a 29-year veteran of the force and a former homicide unit supervisor — to the chief's job, effective Aug. 15.

City Councilwoman Alissia Canaday said the city's crime figures "long have reached a level of extreme concern," and "the only thing that's complex about this is what it takes to get to the answer."

"People have no money and are living in blighted conditions and in a dysfunctional family setting, violence is going to occur. If we address that three-legged stool, we'll see a reduction in violence," she said.

The Justice Department announced in June that it will help local authorities in a dozen U.S. cities, including Kansas City, study crime patterns and create specially tailored plans to reduce gang and gun violence. The targeted cities have higher-than-average rates of violence and are receptive to help.

A citizens task force in April closed out more than a year of study of Kansas City's violence with a sweeping blueprint of how to tackle it, from defter coordination of youth and community services to enlisting civic and business leaders to mentor youths. But little since has been done, including what James said last month remained the top priority: hiring a full-time staffer to coordinate local violence-prevention efforts and forge coalitions among advocates, law enforcers, researchers and activists. The city is accepting applications for that job and hopes to make the hire in August.

To Ken Novak, a University of Missouri-Kansas City criminal justice professor, that position "is almost so intuitive," given that unifying efforts "shouldn't be a novel idea, but it is. If it can work, it can work big. The devil is in the details."

James hopes for state help similar to what Republican Missouri Gov. Eric Greitens recently pledged to St. Louis, where homicides have escalated over the past three years, with 110 as of last Wednesday and 188 in both 2015 and 2016. Labeling St. Louis the nation's most dangerous city, Greitens — a former Navy SEAL — has commissioned a special Missouri State Highway Patrol unit to target violent felons on that city's freeways. The crackdown also involves collecting better intelligence to aid local police and stop drug trafficking.

Since four men separately were slain in still-unsolved shootings since last August on the city's Blue River trail and the Indian Creek near his south Kansas City home, 74-year-old, semi-retired dentist John Kiesendahl has shunned that path, calling the unresolved bloodshed "scary."

"I've never had any real fear of being outside and walking," he said. "But this really makes you think."

Sign up for the AP's weekly newsletter showcasing our best reporting from the Midwest and Texas at http://apne.ws/2u1RMfv