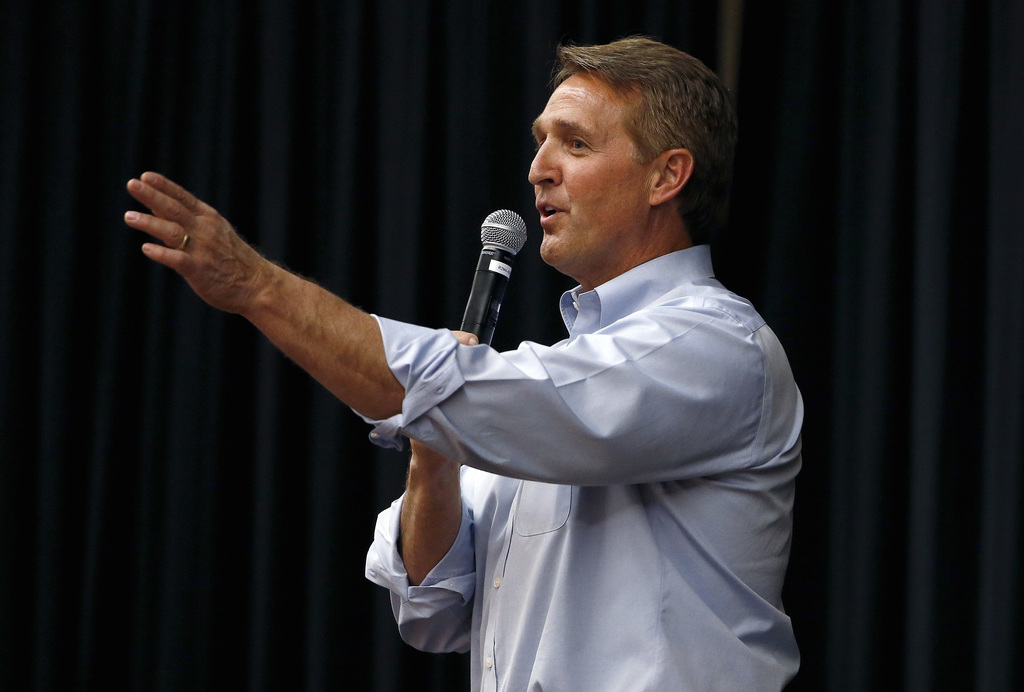 WASHINGTON (AP) — Sen. Jeff Flake says his fellow Republicans have let President Donald Trump lead the country away from conservative principles and democratic ideals. But the Arizona lawmaker predicts they won't back down if Trump fires the special prosecutor investigating Russian interference in the 2016 presidential election.

Flake appeared on MSNBC's "Morning Joe" on Tuesday and discussed his new book "Conscience of a Conservative" in which he expands on his concerns for the country. He said he's particularly concerned conservative tenets of free trade and limited government have been lost to a national leadership that is erratic, mean-spirited and self-serving.

"We can't stand for that," Flake said. "I don't think Congress will."