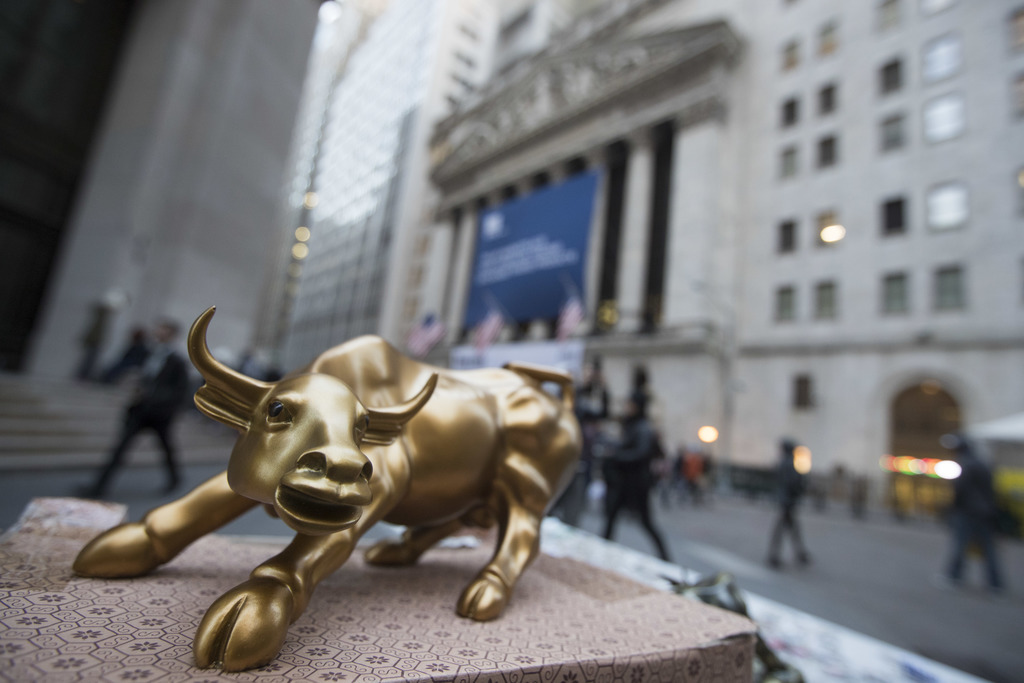 NEW YORK (AP) — U.S. stocks are rising Tuesday, with banks posting some of the biggest gains. Royal Caribbean Cruises is jumping after it raised its annual profit forecast following a strong quarter, and utility company Scana is climbing after it said it plans to end construction of two nuclear reactors in South Carolina. Under Armour is tumbling after the athletic apparel company lowered its revenue projections and said it will cut jobs and expenses. Oil prices turned lower.

Payments processor Visa rose 65 cents to $100.21. Digital payments and technology company PayPal climbed 43 cents to $58.98 and Mastercard, which processes debit and credit card payments, rose $1.01 to $128.81. The gains for those companies helped technology stocks move higher. So did solid quarterly results from Xerox, which gained 42 cents, or 1.4 percent, to $31.09.

SMOOTH SEAS: Cruise line operator Royal Caribbean beat analysts' forecasts and raised its estimates for the year. It climbed $3.74, or 3.3 percent, to $116.84 and competitor Carnival Cruise also advanced 69 cents, or 1 percent, to $67.47.

SPRINT SPRINGS: Sprint said Tuesday that it posted its first quarterly profit in three years as it cut cost and added more wireless subscribers. Sprint said it added 35,000 customers on lucrative contract-based wireless plans. A year ago it lost 306,000 customers. Investors also looked for signs that Sprint was open to making a deal. On Monday, cable company Charter Communications reportedly said it's not interested in buying Sprint. Sprint gained 62 cents, or 7.8 percent, to $8.60.

POWERING DOWN: Utility company Scana continued to rise. On Monday the company said it plans to end construction of two nuclear reactors that customers have already paid billions to build. It will brief regulators Tuesday on its plans. SCANA's South Carolina Electric & Gas unit and state-owned Santee Cooper say they have already spent $10 billion on the project and that it could cost $20 billion to finish the work. The project has been shrouded in doubt since Westinghouse, the primary contractor, filed for bankruptcy protection earlier this year.

SLIMMING DOWN: Under Armour cut its annual revenue forecast as sharp discounts continue to affect its business in North America. The Baltimore company said it will eliminate 280 jobs and is aiming to reduce $110 million to $130 million in annual spending through a restructuring plan. Under Armour sank $1.55, or 7.8 percent, to $18.47, and it's down by more than half over the last 12 months. Rival Nike added 6 cents to $59.11.

STUCK IN NEUTRAL: Engine maker Cummins reported a weaker-than-expected profit due to higher warranty costs even though it reported strong sales and raised its annual outlook. The stock lost $10.40, or 6.2 percent, to $157.50.