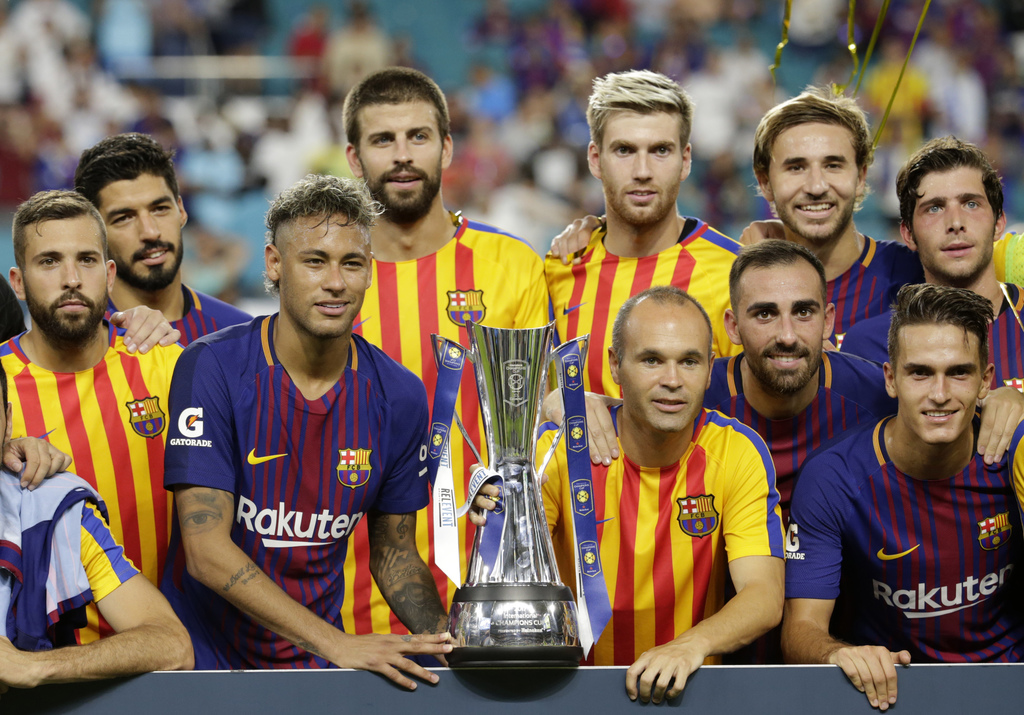 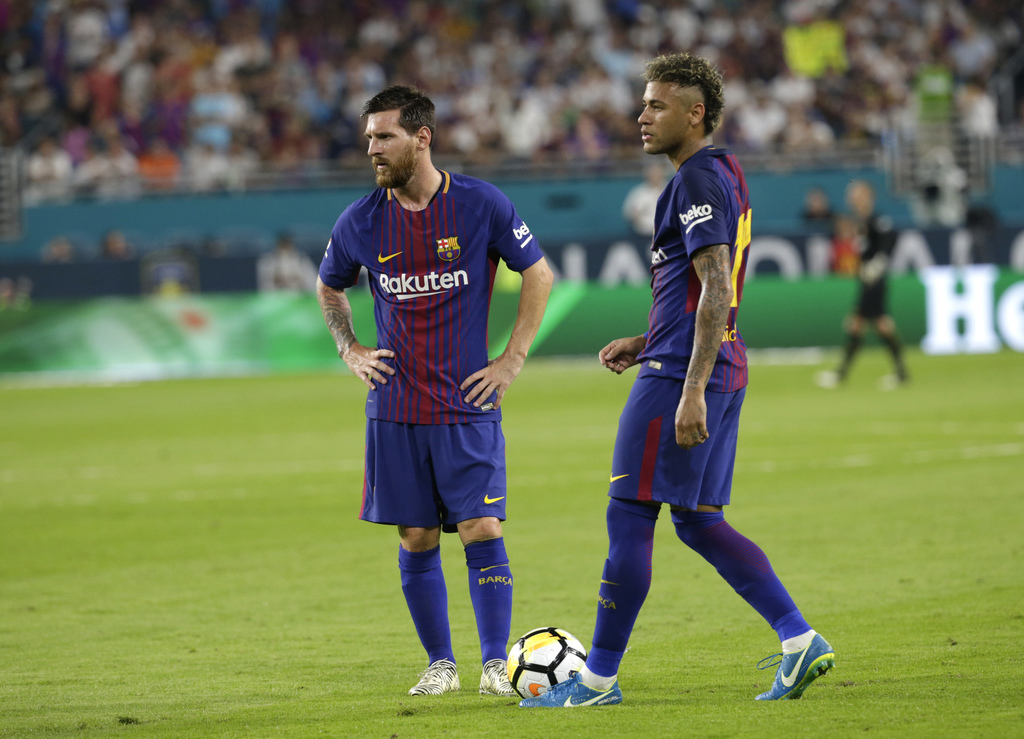 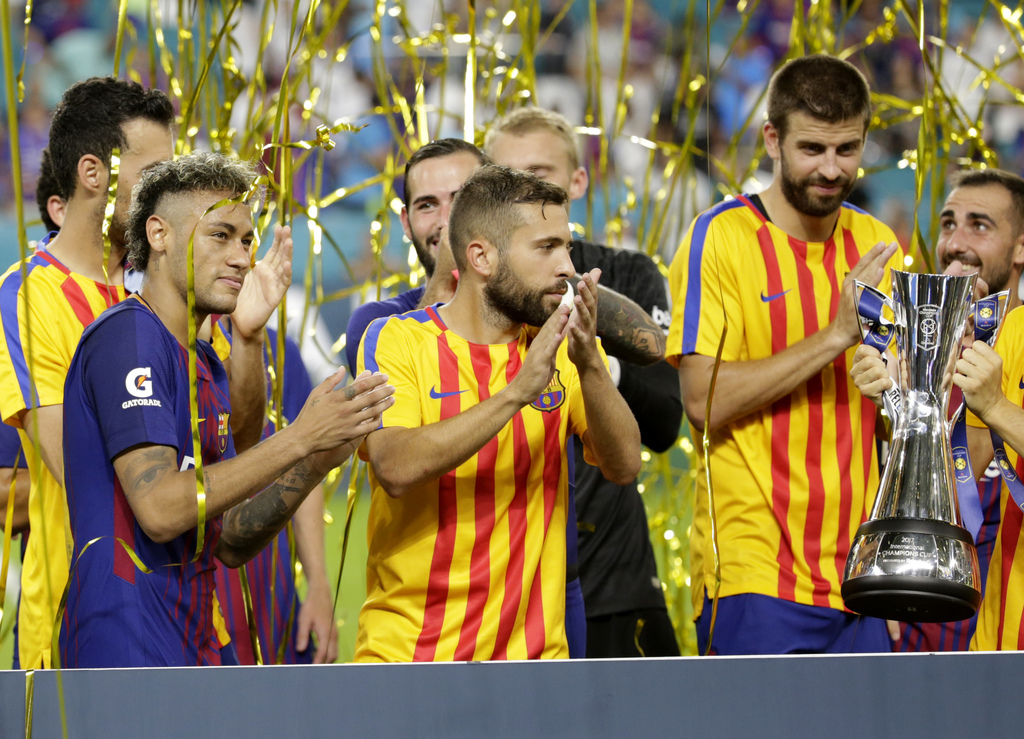 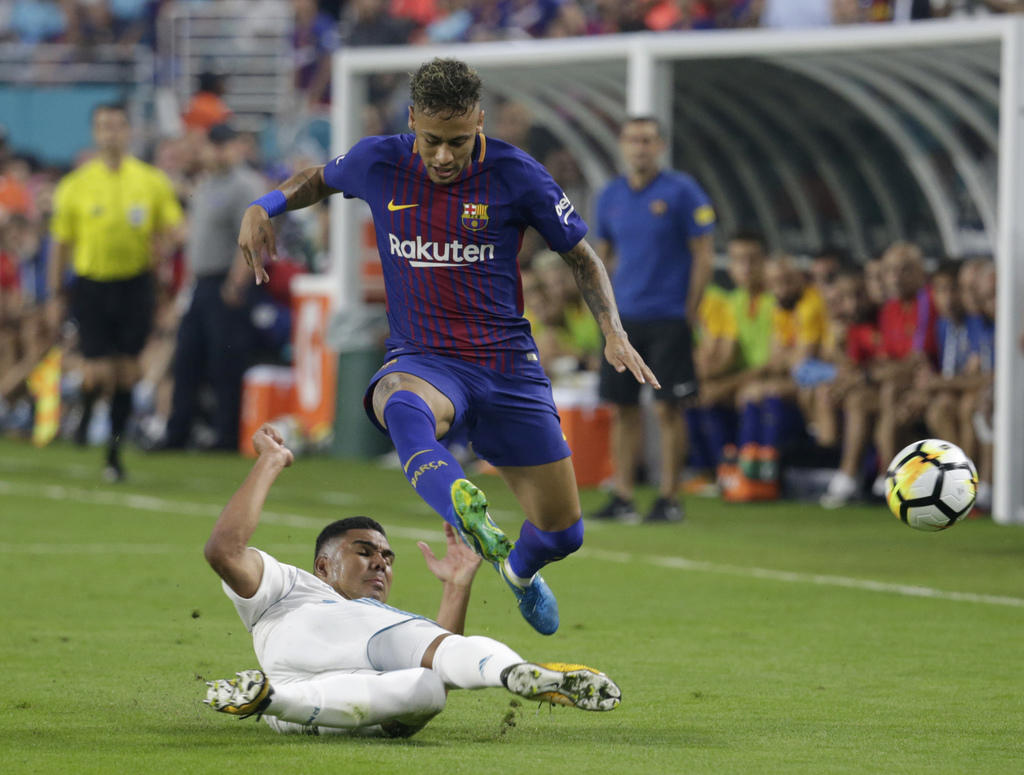 BARCELONA, Spain (AP) — Barcelona is worried, very worried, that Neymar might be headed to Paris-Saint Germain.

The Brazil striker is expected to be at practice on Wednesday, but no one seems to know if he'll accept a world record transfer or show up for training. Just in case, Barcelona is making moves to protect 26 million euros ($30.7 million) that would be paid to Neymar if he stays in Spain, according to a club official.

The official, who spoke on customary condition of anonymity, said "given doubts concerning the future of the player and while the situation is resolved" the money is being held from Neymar.

"What the club does with the money, it does not know yet, given the uncertainty of the future," the official told The Associated Press.

The 25-year-old Neymar would be due the money now as per his contract renewal last year. But the amount is tiny compared to the 222 million euros ($262 million) that PSG would have to pay to trigger the release clause included in Neymar's contract.

Neymar is supposed to arrive in Barcelona on Tuesday after some publicity events in China — both personal and for Barcelona. He is scheduled to return to training at Barcelona's training grounds just outside the city on Wednesday.

There are growing rumors that Neymar, who has had four seasons of winning trophies and scoring spectacular goals at Barcelona, will bolt for PSG.

Part of the gossip surrounding the possible transfer is that Neymar was to meet with doctors in Qatar for a medical. PSG is owned by a Qatari company.

But the Barcelona official said the "club is not aware of any medical exam of the player with PSG."

Neymar's father, who acts as his agent and is also named Neymar, arrived in Barcelona on Monday. He was swarmed by journalists at the airport but revealed nothing about his son's intentions.

Neymar also remained mum about his future while playing for Barcelona during its preseason tour in the United States before heading off to Shanghai to boost his brand as a fashion icon.

Last year, Neymar signed a contract extension with Barcelona through 2021, with his buyout clause increasing to the current 222 million euros and 250 million ($288 million) by 2018. The bonus Barcelona is now trying to protect is from that deal.

If PSG does sign Neymar, the cost of the transfer would more than double the 105 million euros (then $116 million) that Manchester United paid a year ago for France midfielder Paul Pogba.

PSG starts its season on Saturday, while Barcelona has until Aug. 13.

Two weeks ago, Barcelona president Josep Bartomeu told the AP that Neymar "is not on the market." He then told ESPN that if Neymar "wants to go . then they will have to pay the clause, right down to the last euro."