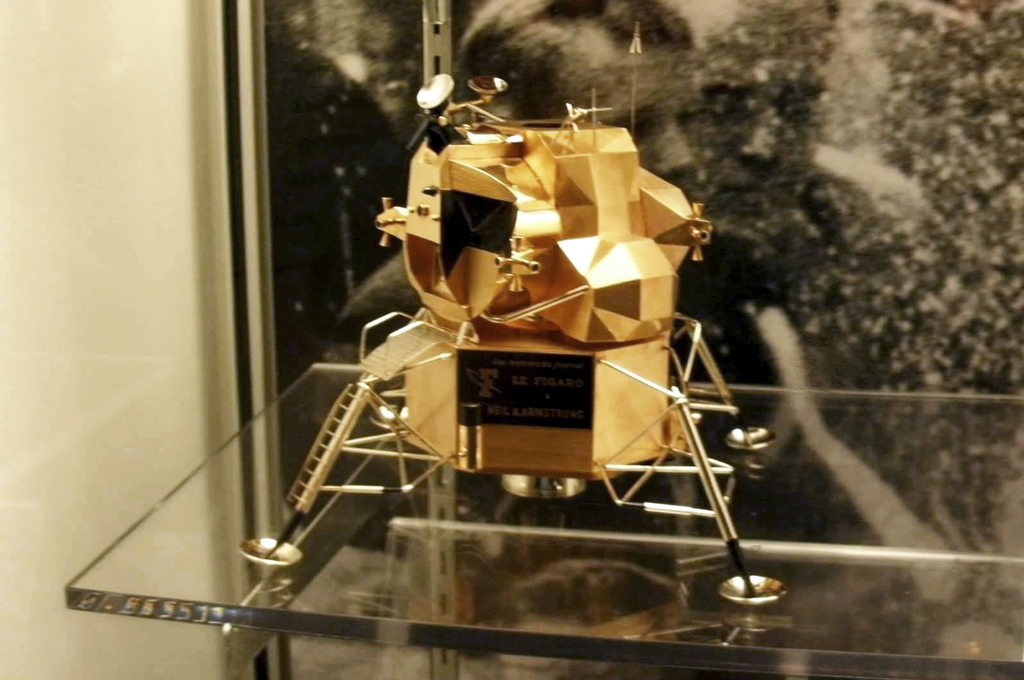 WAPAKONETA, Ohio (AP) — An Ohio police chief says a rare, solid-gold replica of the lunar space module wasn't the only item stolen from the Armstrong Air and Space Museum over the weekend.

Police responded to an alarm late Friday and discovered someone took the gold replica, which is less than a foot high. Hunlock says evidence indicates multiple people were involved.

A retired NASA agent who previously helped recover valuable stolen moon rocks has said he suspects the thief in this case intends to melt down the replica for the value of the gold rather than trying to sell the collectible.

The FBI is helping with the investigation.