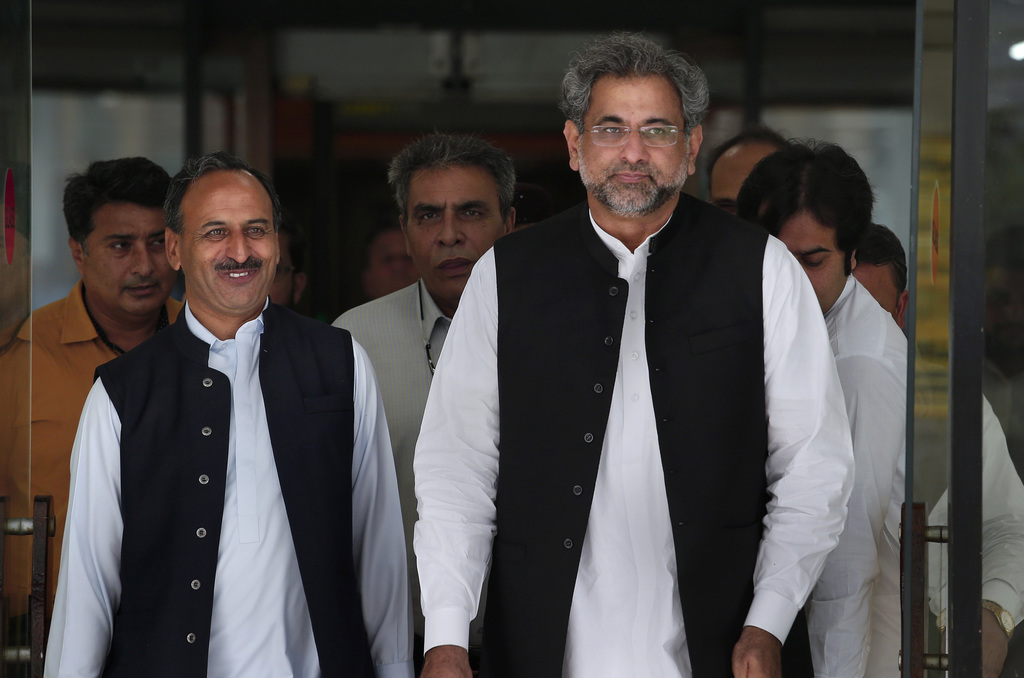 ISLAMABAD (AP) — The Latest on political developments in Pakistan (all times local):

The speaker of Pakistan's lower house of parliament says the ruling party candidate Shahid Khaqan Abbasi has been elected as the prime minister with 221 votes.

In his televised speech, he said Abbasi "has been declared to be elected as the prime minister of Pakistan."

Lawmakers chanted slogans in favor of Abbasi as Sadiq announced the result.

Abbasi will replace deposed Prime Minister Nawaz Sharif who was disqualified by the Supreme Court on Friday for concealing his assets.

Pakistani lawmakers were to vote Tuesday to elect the successor to three-time Prime Minister Nawaz Sharif who was disqualified from office by the Supreme Court last week over concealing assets, a lawmaker from the ruling party said.

The ruling Pakistan Muslim League's choice for Sharif's successor, Shahid Khaqan Abbasi, is certain to be elected as head of government since the party holds 188 of the 342 seats in the assembly. Abbasi needs a simple majority of 172 votes to be elected.

Sharif resigned on Friday, shortly after the top court ruled that he face corruption charges over concealing assets — specifically that his son's Dubai-based company had listed a monthly salary for him. Sharif claimed he never received any of that money.

Sharif's party has said it will file a petition with the Supreme Court next week, asking for a review of its decision.

Opposition parties have fielded five candidates against Abbasi ahead of Tuesday's election.

The ruling party also said it wants Abbasi to serve as an interim premier until Sharif's younger brother — Shahbaz Sharif, the chief minister of Punjab province — wins a national assembly seat in a by-election. The opposition criticized this as dynastic and undemocratic. The next general elections are due in June 2018.

Abbasi, a six-time lawmaker, has vowed to continue the mission of 67-year-old Sharif who served three separate stints as premier but could never complete his full term in office, mainly due to rocky relations with Pakistan's powerful military.