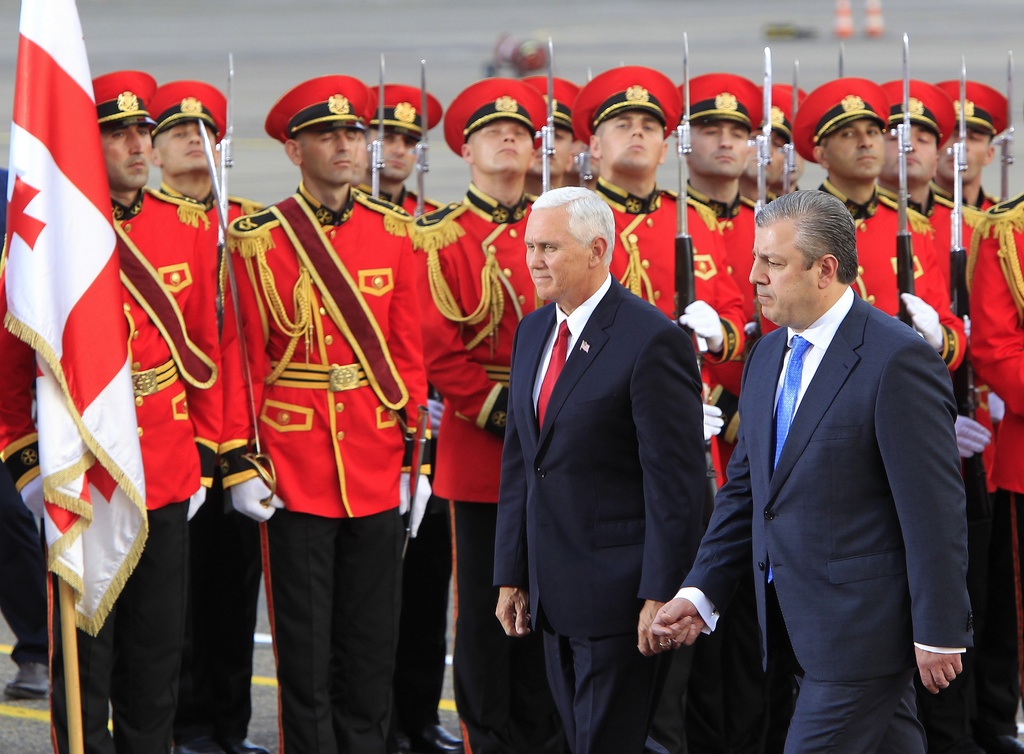 The Senate voted last week to approve the new financial sanctions against Moscow. The legislation bars Trump from easing or waiving the penalties on Russia unless Congress agrees.

Pence, who is visiting the former Soviet republic of Georgia Tuesday, said the Trump administration "had concerns" about the bill when it was drafted in the Senate, but that Trump will sign it soon.

Russia on Friday ordered the U.S. Embassy and three U.S. consulates in Russia to drastically cut its personnel there. President Vladimir Putin said on Sunday it would mean 755 staffers will have to be dismissed.