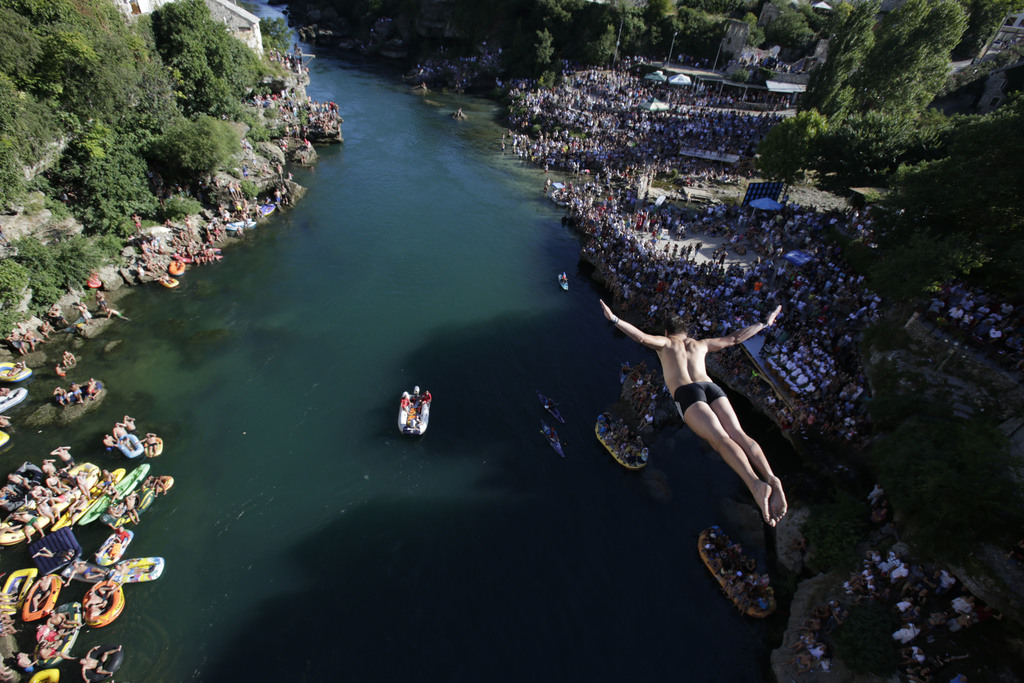 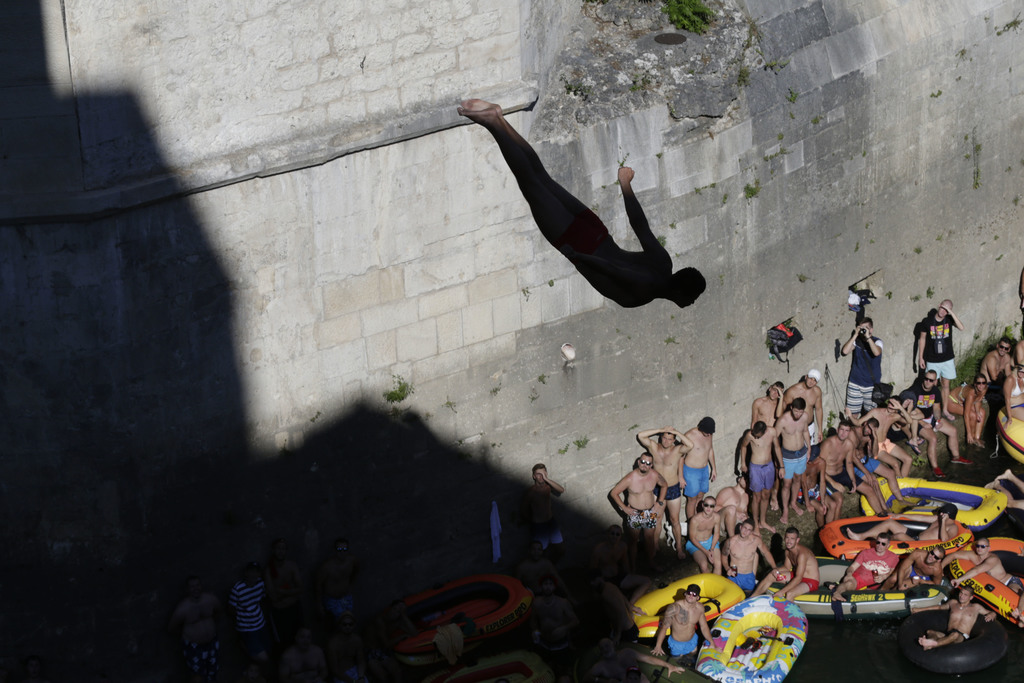 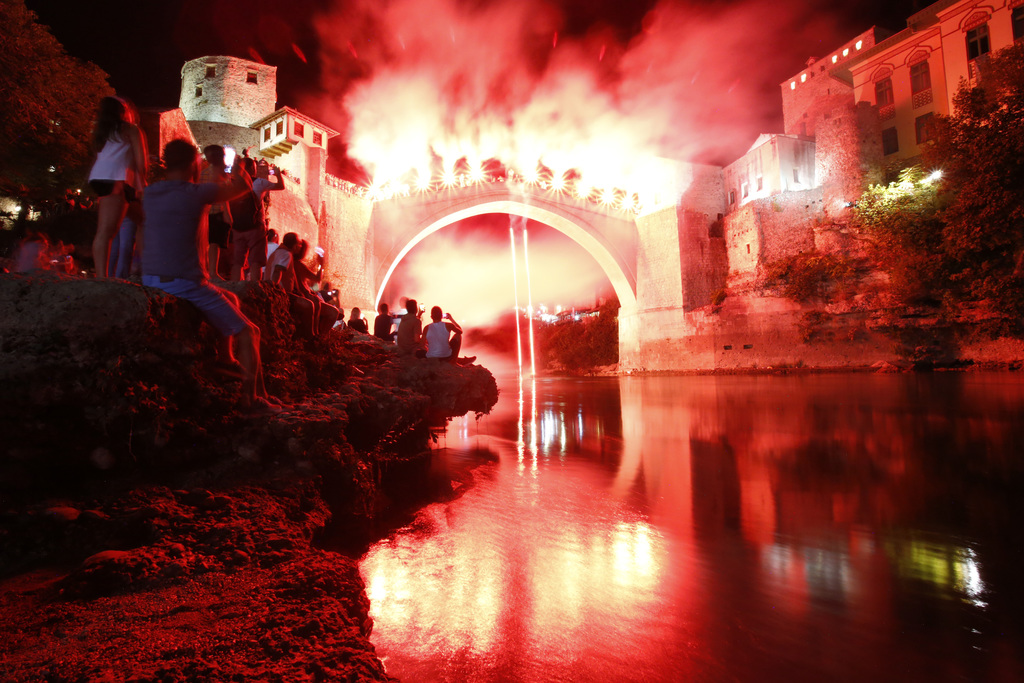 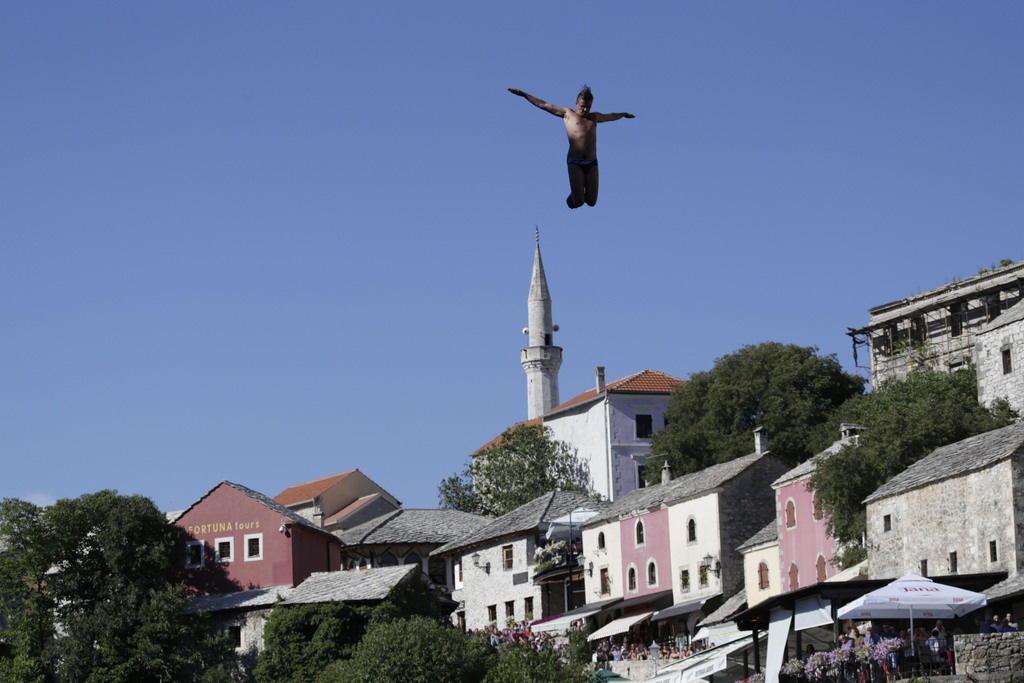 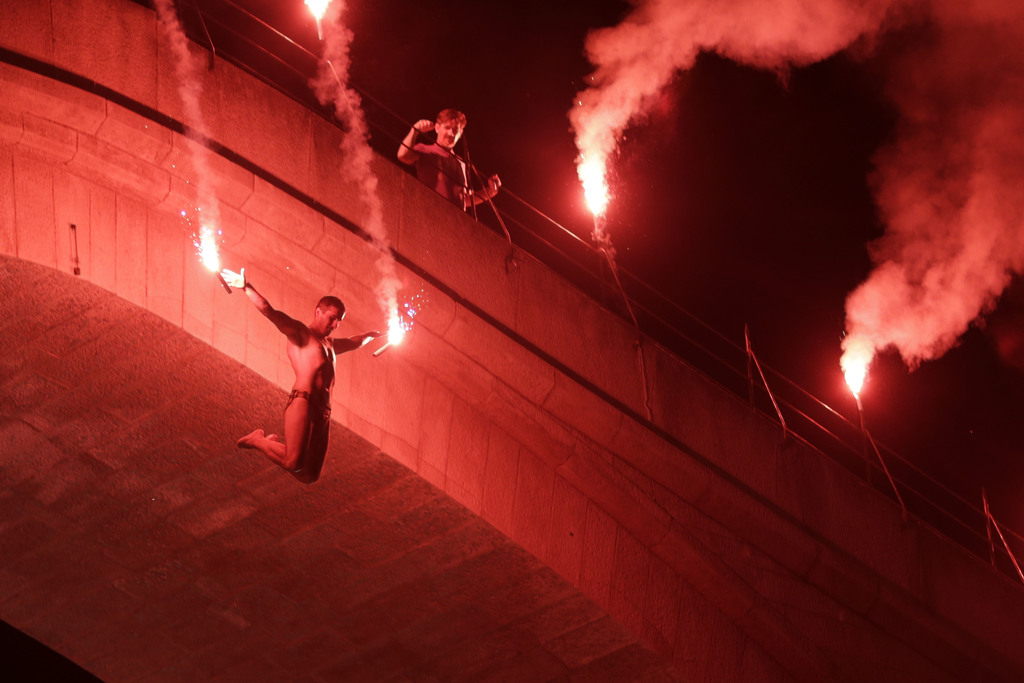 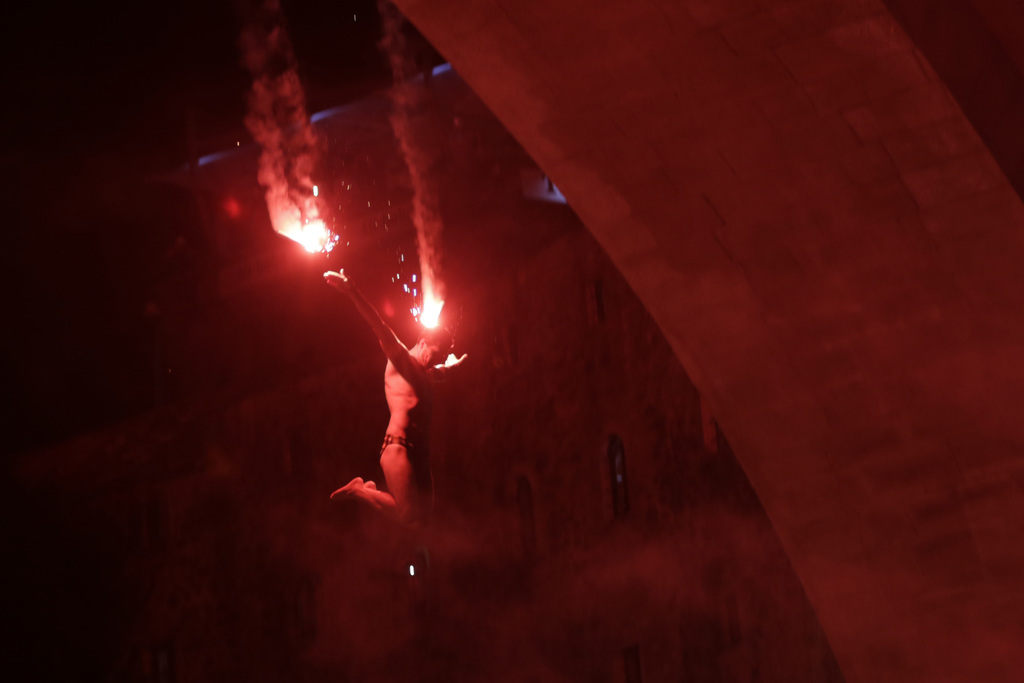 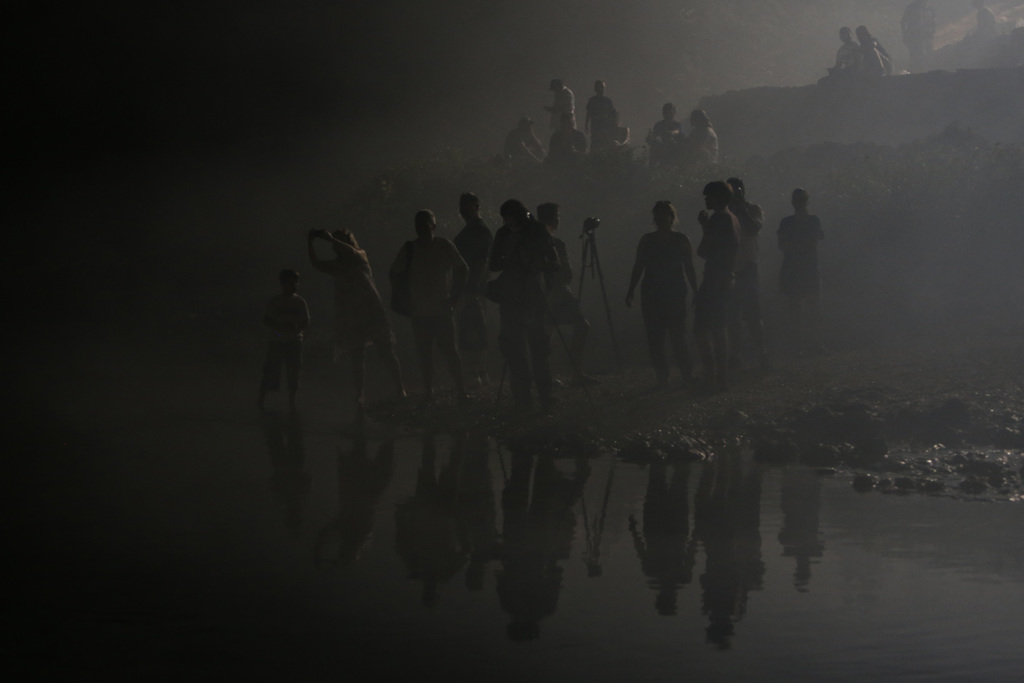 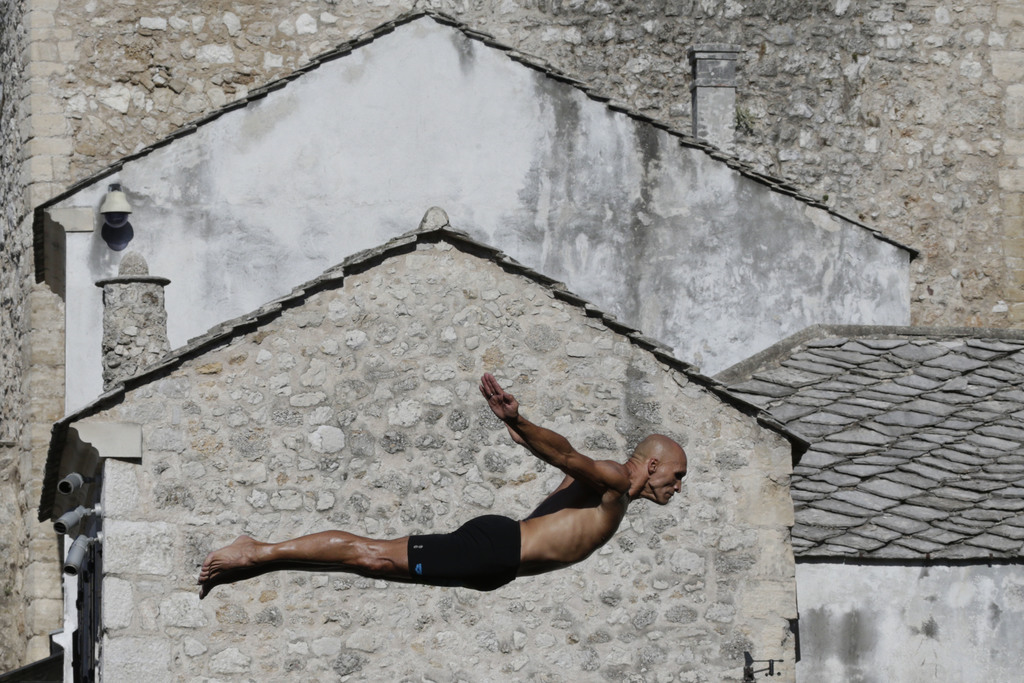 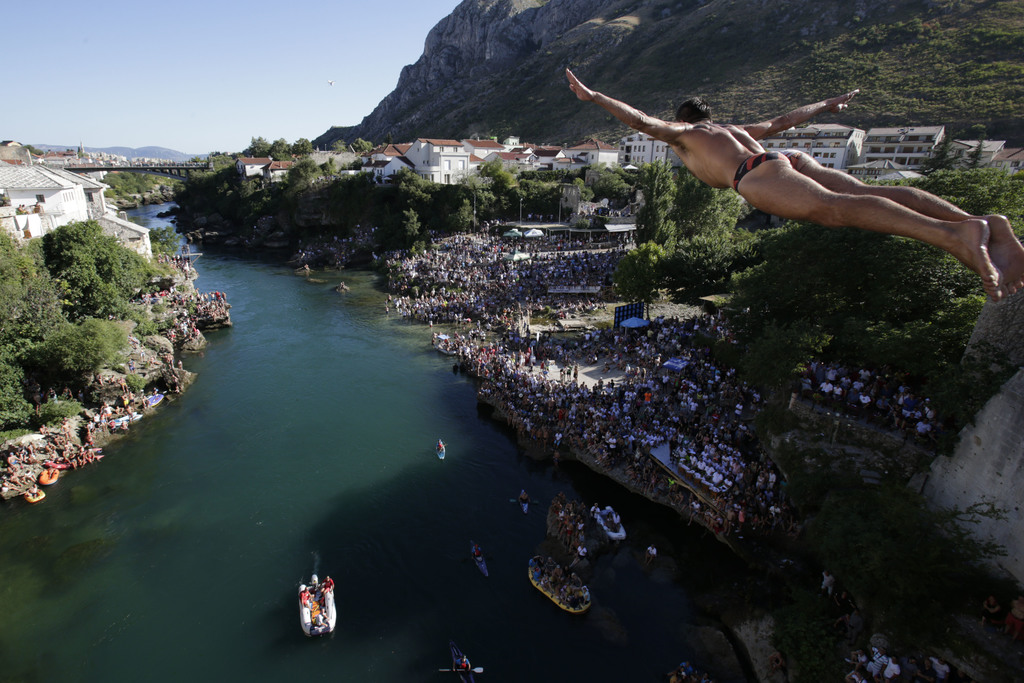 MOSTAR, Bosnia-Herzegovina (AP) — Thousands of people converged on the southern Bosnian city of Mostar over the weekend for an annual diving competition from a historic bridge that has drawn crowds for more than four centuries.

Over 10,000 spectators cheered and let off smoke bombs as they watched 41 daring men take the plunge from the Old Bridge during Mostar's 451st annual diving competition.

The competitors dove from a bridge 27 meters (89 feet) high into the cold, fast-flowing Neretva River below in front of a panel of judges studying the quality of the dive.

The fall from the top of the bridge to the 4.5-meter (15-foot) deep river underneath lasts nearly three seconds, with divers picking up a speed of around 80 kph (50 mph).

At the end of a beautiful Sunday afternoon of diving, 38-year-old Mostar native Lorens Listo claimed his 11th competition victory.

"Every time I compete it is more difficult and every victory is thus sweeter," Listo said.

Diving or jumping from the bridge, originally built by the Ottomans in 1566, has been a rite of passage for generations of Mostar youngsters.

The Old Bridge, a UNESCO World Heritage site, was destroyed during Bosnia's 1992-95 war, but was painstakingly rebuilt after the conflict.

"I compete elsewhere as well, but I love diving from the Old Bridge more than anything else," Listo said.

The event climaxed with participants jumping from the bridge after nightfall with flares in their outstretched hands.