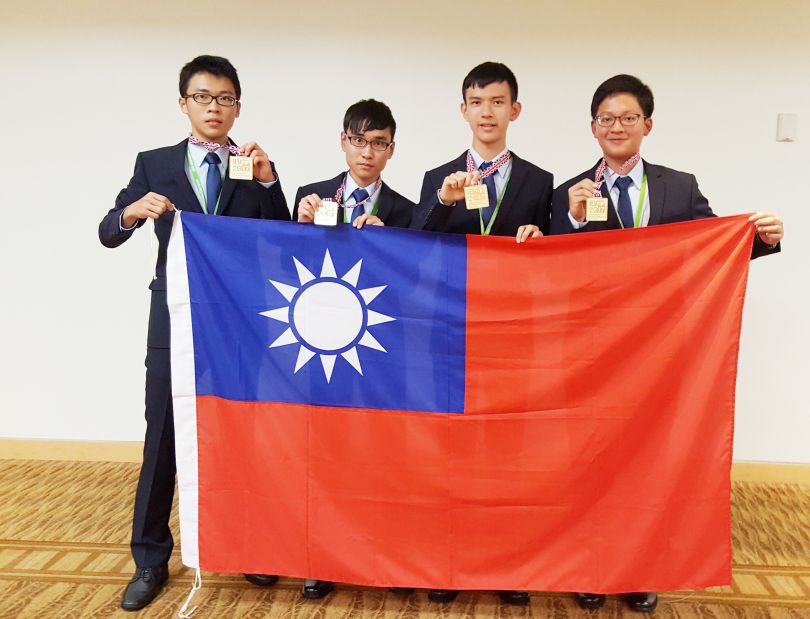 All four Taiwan competitors bagged gold medals at the 28th International Biology Olympiad July 23-30 in the U.K., guiding the country to fourth place in the rankings at the world’s largest annual biology contest for high school students, according to the Ministry of Education.

Liu was Taiwan’s top performer, claiming sixth in the individual rankings, while Chen, Lu and Li finished 12th, 17th and 25th, respectively. A total of 264 students from 68 countries took part in the contest in Coventry.

According to Liu, the experience of missing out on the 2016 team inspired him to redouble his efforts in preparing for this year’s event. Competing at the IBO enabled him to exchange knowledge with peers from across the globe while broadening his worldview, he added.

The IBO comprises a practical and a theoretical exam, with participants appraised based on their combined score across the two assessments. Gold medals are awarded to students in the top 10 percent, while silvers and bronzes are presented to top 30 percent and 60 percent finishers, respectively.

Taiwan has excelled at the IBO since first attending in 1999, placing in the top 10 at each contest and taking home a total of 54 golds, 19 silvers and three bronzes. In order to qualify for Taiwan’s national team, students need to complete four rounds of examinations, with this year’s members selected after outperforming more than 3,400 of their peers, according to the MOE.

Under the ministry’s incentives program for international science olympiad participants, the gold medal winners will each be awarded NT$200,000 (US$6,608). They also qualify for admission to the biology department of any Taiwan university without examination.