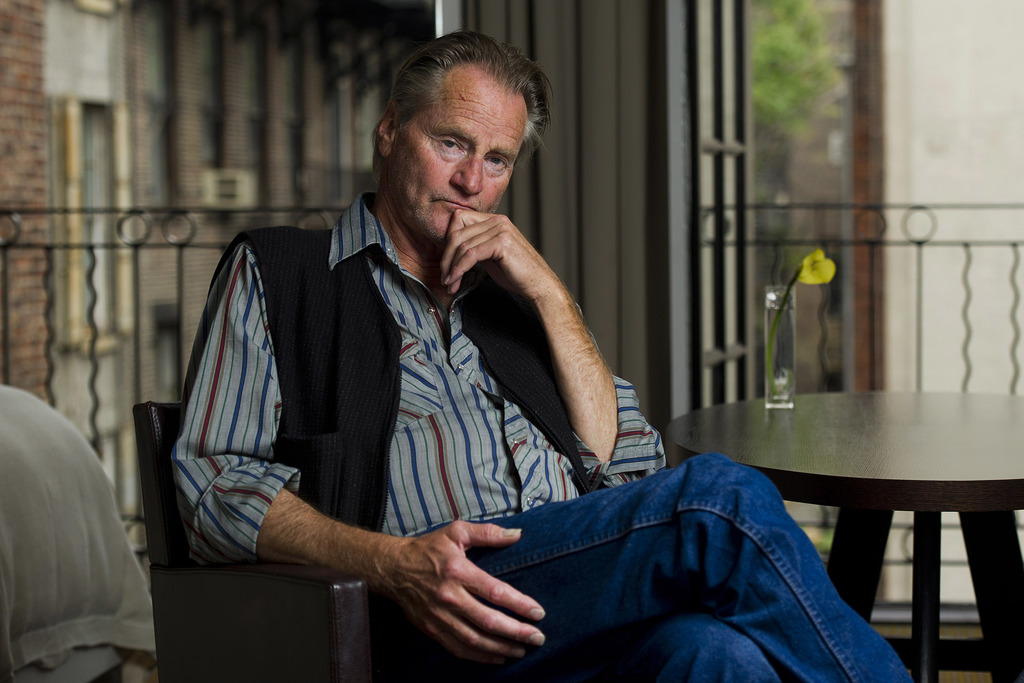 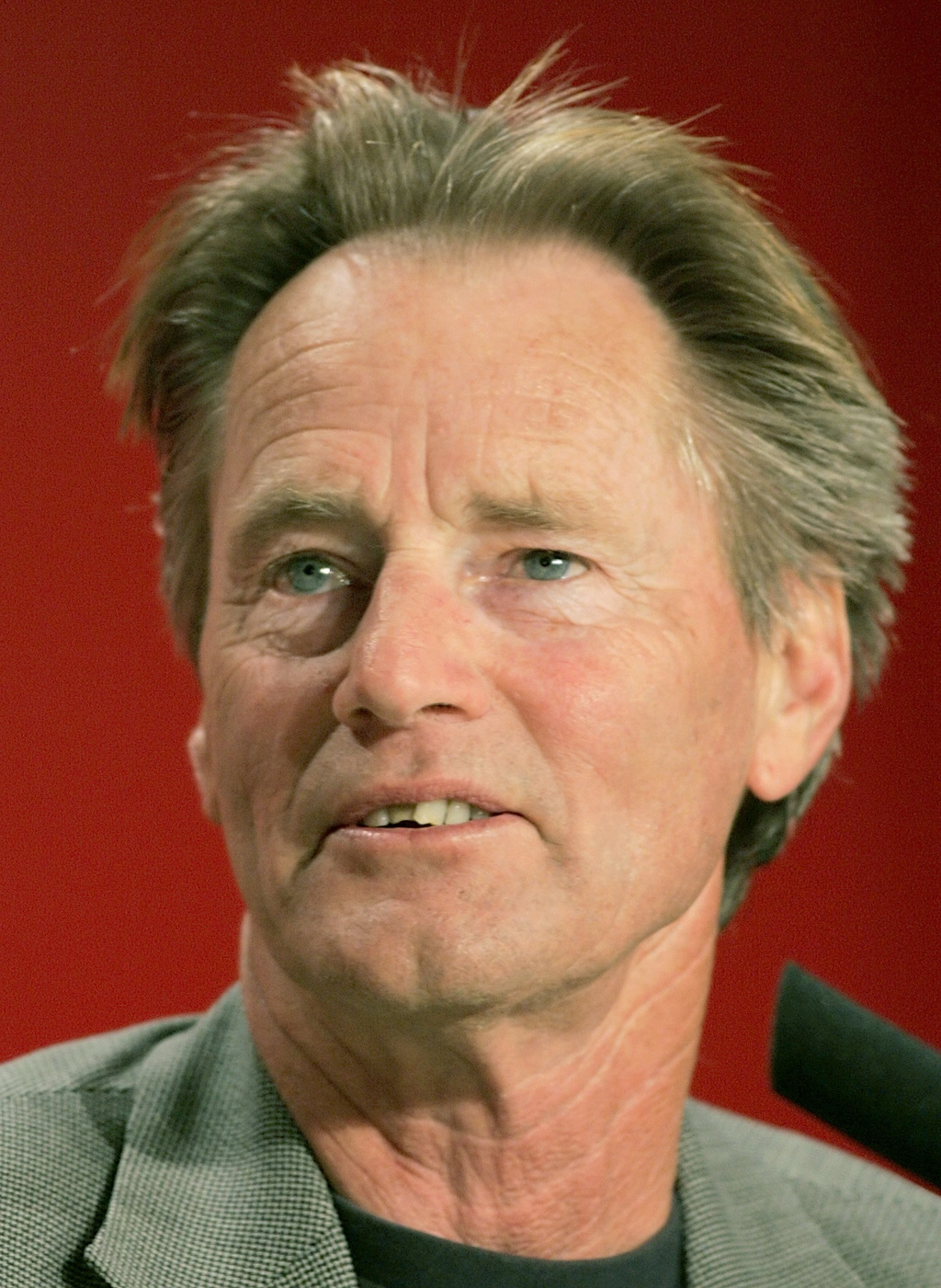 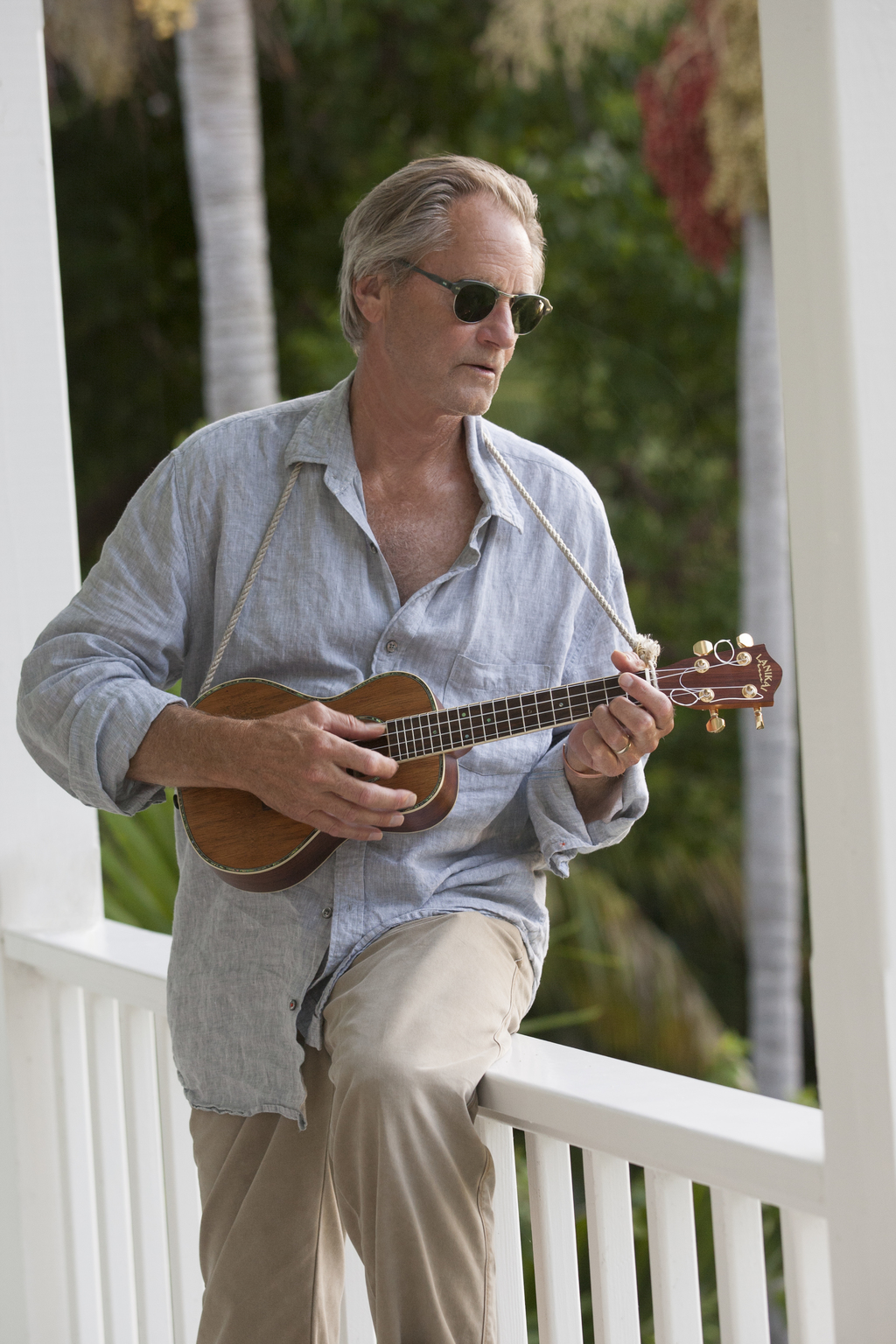 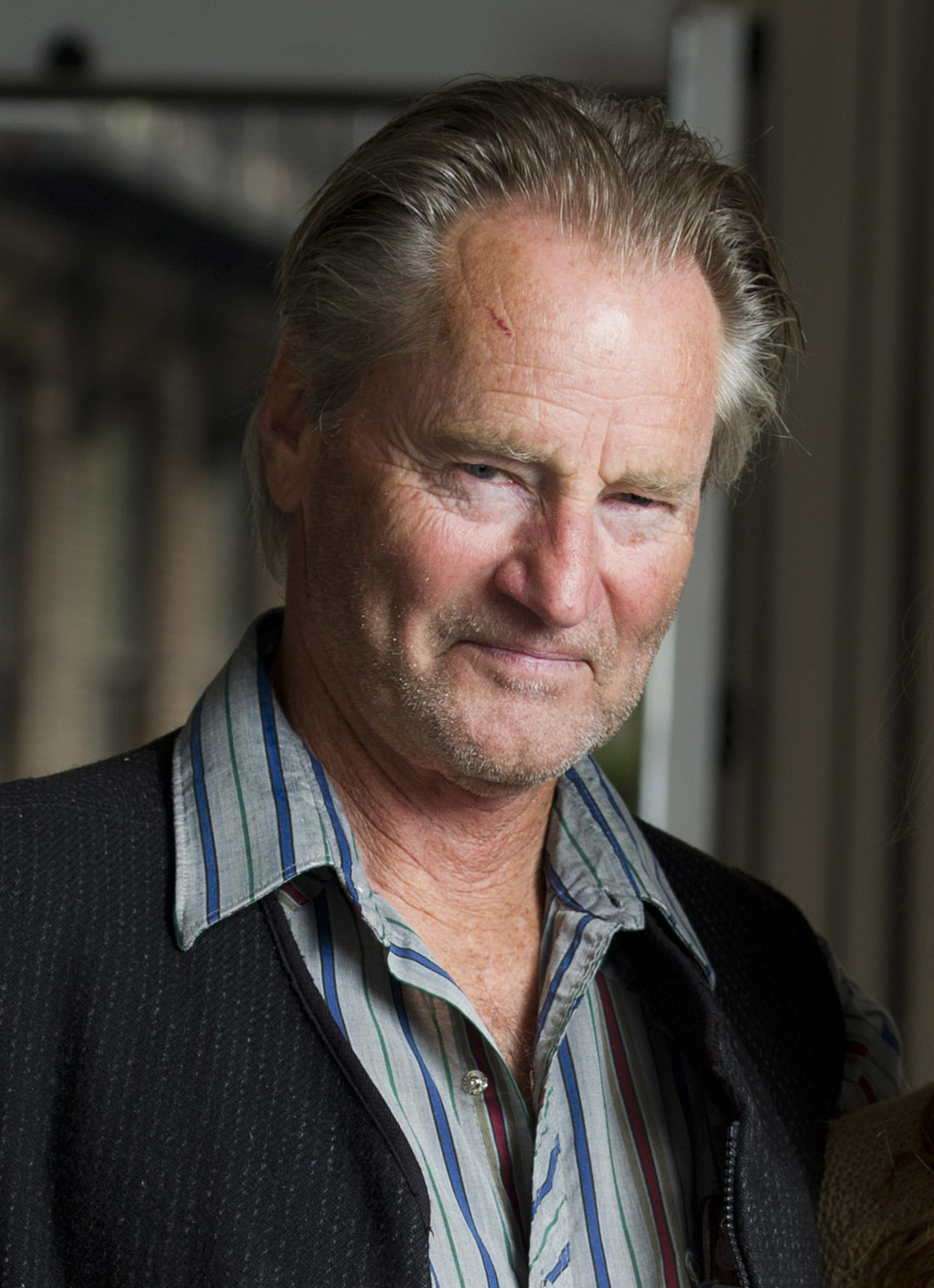 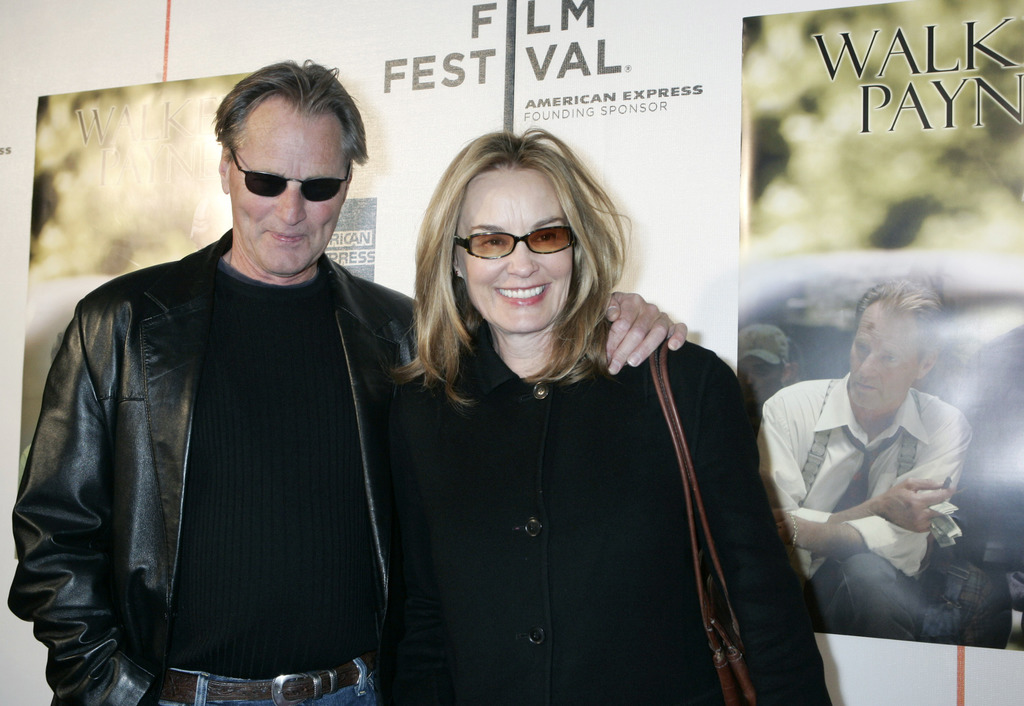 NEW YORK (AP) — Old enough to see the rustic world of his childhood disappear, Sam Shepard was a new kind of man who brought a new kind of language to the American stage.

"In True West," ''Buried Child" and other groundbreaking plays, Shepard's characters spoke with a rugged poetry and raw introspection rarely heard from out of men and women from the American West. Like William Faulkner writing about the American South, Shepard gave voice to a society haunted by decline and defeat and a fear of being on the wrong side of an old and moral argument.

"There's some hidden, deeply rooted thing in the Anglo male American that has to do with inferiority, that has to do with not being a man, and always, continually having to act out some idea of manhood that invariably is violent," Shepard, who died last week at age 73, told The New York Times in 1984. "This sense of failure runs very deep — maybe it has to do with the frontier being systematically taken away, with the guilt of having gotten this country by wiping out a native race of people, with the whole Protestant work ethic. I can't put my finger on it, but it's the source of a lot of intrigue for me."

The handsome, taciturn Shepard was shaped by the frontier life he mourned and critiqued and by the revolutionary changes of the post-World War II era that helped upend it. He looked like an heir to Gary Cooper and other stars of Hollywood Westerns, but he was an artist for a rebellious and challenging time. In his 1971 one-act "Cowboy Mouth," which he wrote with his then-girlfriend, musician and poet Patti Smith, one character says, "People want a street angel. They want a saint but with a cowboy mouth" — a role Shepard fulfilled for many.

"I was writing basically for actors," Shepard told The Associated Press in a 2011 interview. "And actors immediately seemed to have a handle on it, on the rhythm of it, the sound of it, the characters. I started to understand there was this possibility of conversation between actors and that's how it all started."

Shepard was best remembered for his wrenching plays and his prominent role in the Off-Off-Broadway movement. His 1979 drama "Buried Child" won the Pulitzer for drama. Two other plays — "True West," about two warring brothers, and "Fool for Love," about a man who fears he's turning into his father — also were nominated for Pulitzers. All are frequently revived.

He also appeared in dozens of films including Terrence Malick's "Days of Heaven," ''Steel Magnolias," ''The Assassination of Jesse James by the Coward Robert Ford" and 2012's "Mud." He was nominated for an Oscar for his performance as pilot Chuck Yeager in 1983's "The Right Stuff" and wrote Wim Wenders' acclaimed 1984 drama "Paris, Texas"). He took acting gigs more frequently as he grew older and noted that one movie could pay for 16 plays.

"I always felt like playwriting was the thread through all of it," Shepard said in 2011. "Theater really when you think about it contains everything. It can contain film. Film can't contain theater. Music. Dance. Painting. Acting. It's the whole deal. And it's the most ancient. It goes back to the Druids. It was way pre-Christ. It's the form that I feel most at home in, because of that, because of its ability to usurp everything."

Matthew McConaughey, who co-starred with "Mud" with Shepard, learned of his death Monday at the premiere of "The Dark Tower."

"I always said that I thought and I always tell (director) Jeff Nichols this. I said, 'Look ... the whole trailer for 'Mud' could be Sam Shepherd sitting in that green chair telling the boy about who Mud is.' It would about a two-and-a-half minute trailer, but really badass," McConaughey said.

"He moved on today? We lost one of the great ones. Great writer," he said. "Well, all right (points up) see you in the next one Sam."

Samuel Shepard Rogers VII was born in Fort Sheridan, Illinois, in 1943. He lived throughout the Southwest as a child, but spent much of his time on an avocado ranch in Duarte, California. His father was an alcoholic schoolteacher and former Army pilot; Shepard would later write frequently of the damage done by drunks. He had his own struggles, too; long stretches of sobriety were interrupted by drunk driving arrests, in 2009 and 2015.

Shepard arrived in New York in 1963 with no connections, little money and vague aspirations to act, write or make music. "I just dropped in out of nowhere," he told the New Yorker in 2010. But Shepard quickly became part of the off-off-Broadway movement at downtown hangouts like Caffe Cino and La MaMa. "As far as I'm concerned, Broadway just does not exist," Shepard told Playboy in 1970 — though many of his later plays would end up there.

His early plays — fiery, surreal verbal assaults — pushed American theater in an energized, frenzied direction that matched the times. A drummer himself, Shepard found his own rock 'n roll rhythm. Seeking spontaneity, he initially refused to rewrite his drafts, a strategy he later dismissed as "just plain stupid."

As Shepard grew as a playwright, he returned again and again to meditations on violence, masculinity and family. His collection "Seven Plays," which includes much of his best work, including "Buried Child" and "The Tooth of Crime," was dedicated to his father.

"Most of it comes, I guess, from my dad's side of the family," he told The Paris Review in 1997, speaking of "Buried Child" and other work. "They're a real bizarre bunch, going back to the original colonies. That side's got a real tough strain of alcoholism. It goes back generations and generations, so that you can't remember when there was a sober grandfather."

His connection to music was enduring. He joined Bob Dylan on the 1975 Rolling Thunder Revue tour and with Dylan wrote "Brownsville Girl," a very tall tale filled with cowboy images and including at least one line you might expect to hear in a Shepard play, "Strange how people who suffer together have stronger connections than people who are most content." Shepard and Patti Smith were lifetime friends. "We're just the same," Smith once said. "When Sam and I are together, it's like no particular time."

While making the 1982 Frances Farmer biopic "Frances," Shepard met Jessica Lange and the two remained together for nearly 30 years. They had two children, Hannah Jane and Samuel Walker and a relationship of extraordinary intensity before separating in 2009. Lange once said of Shepard: "No man I've ever met compares to Sam in terms of maleness." Shepard was married from 1969 to 1984 to actress O-Lan Jones, with whom he had son Jesse Mojo Shepard.

Besides his stage work, Shepard wrote poems, short stories and a full-length work of fiction, "The One Inside," which came out earlier this year. "The One Inside" is a highly personal narrative about a man looking back on his life and taking in what has been lost, including control over his own body as the symptoms of ALS advance.

"Something in the body refuses to get up. Something in the lower back. He stares at the walls," Shepard writes. "The appendages don't seem connected to the motor — whatever that is — driving this thing. They won't take direction — won't be dictated to — the arms, legs, feet, hands. Nothing moves. Nothing even wants to."

Shepard's longtime editor at Alfred A. Knopf, LuAnn Walther, said Shepard's language was "quite poetic, and very intimate, but also very direct and plainspoken." She said that when people asked her what Shepard was really like, she would respond, "Just read the fiction."