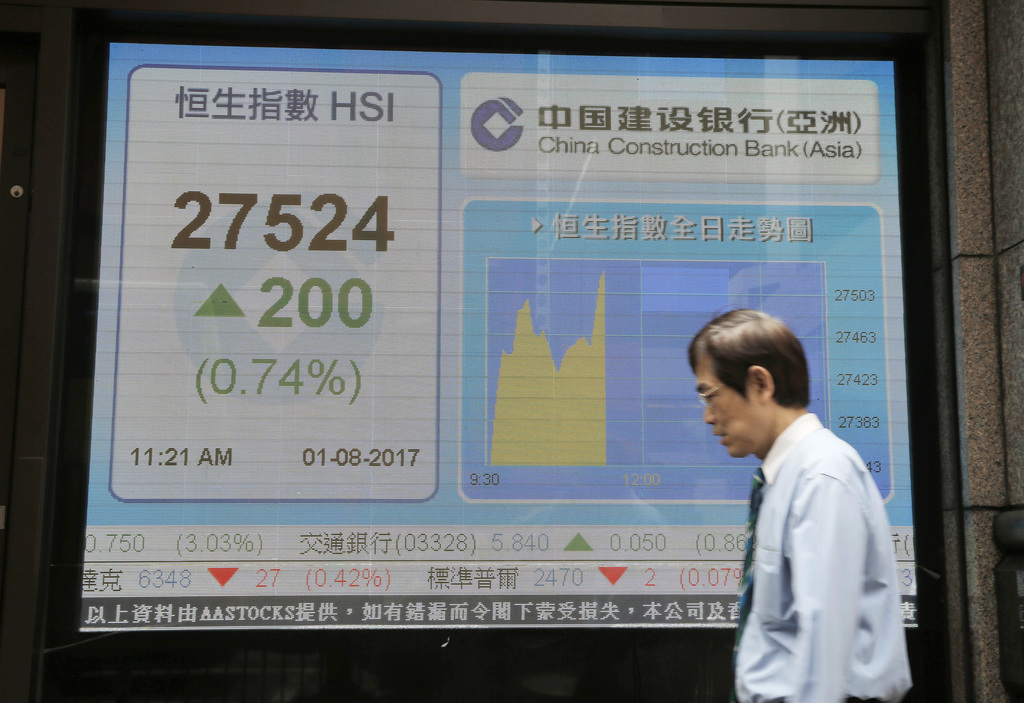 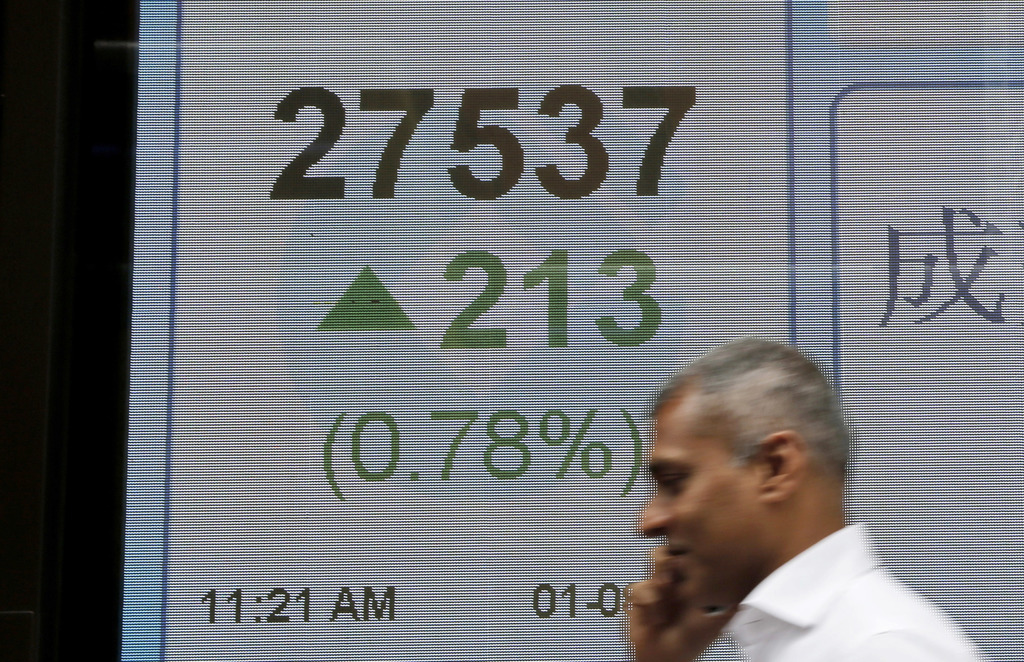 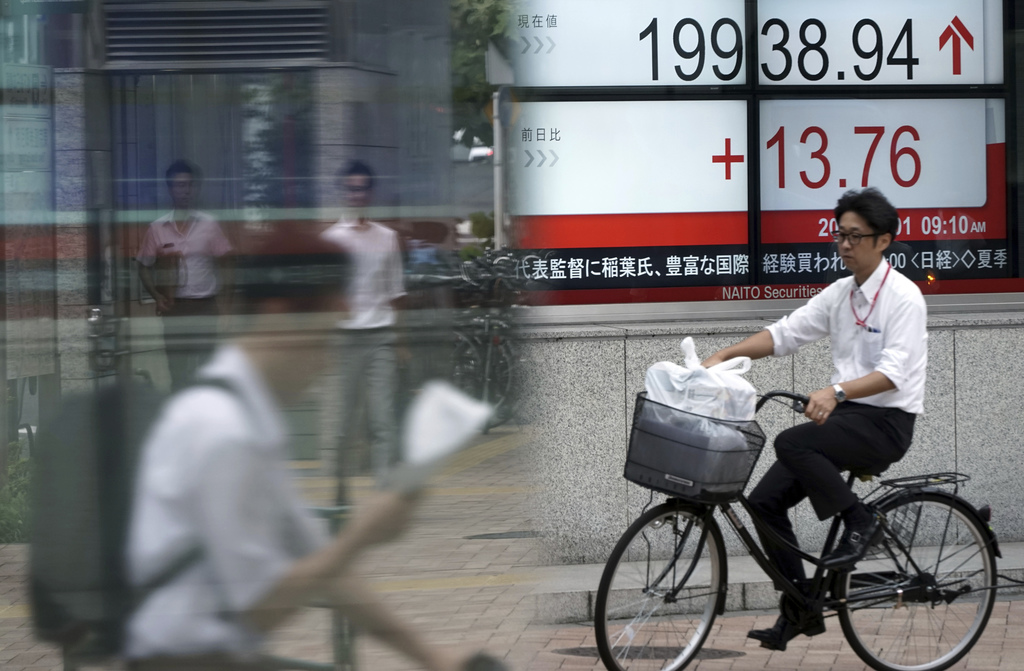 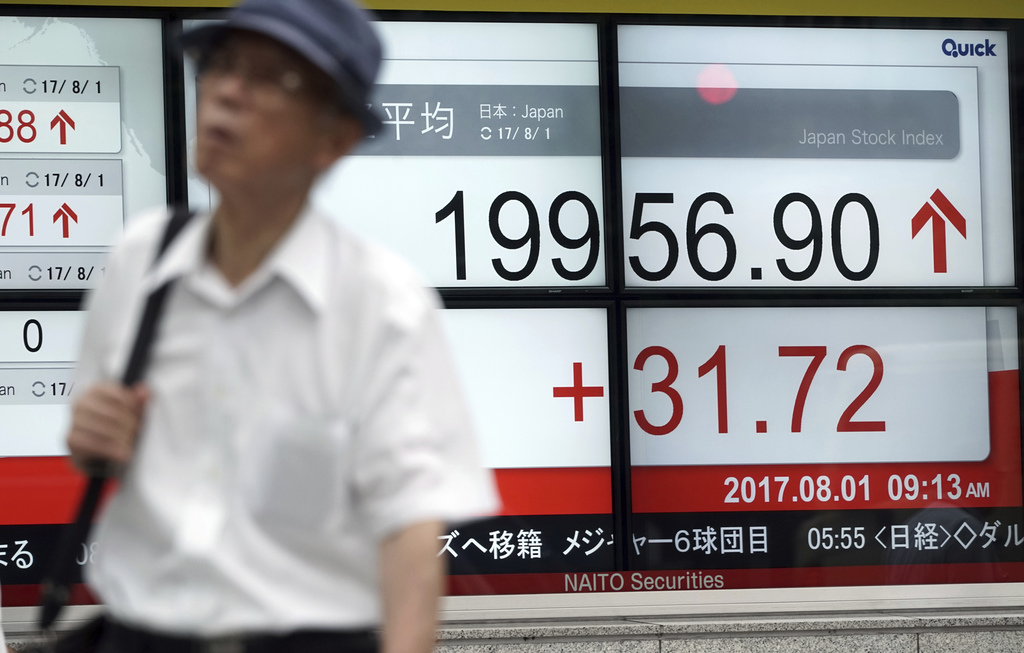 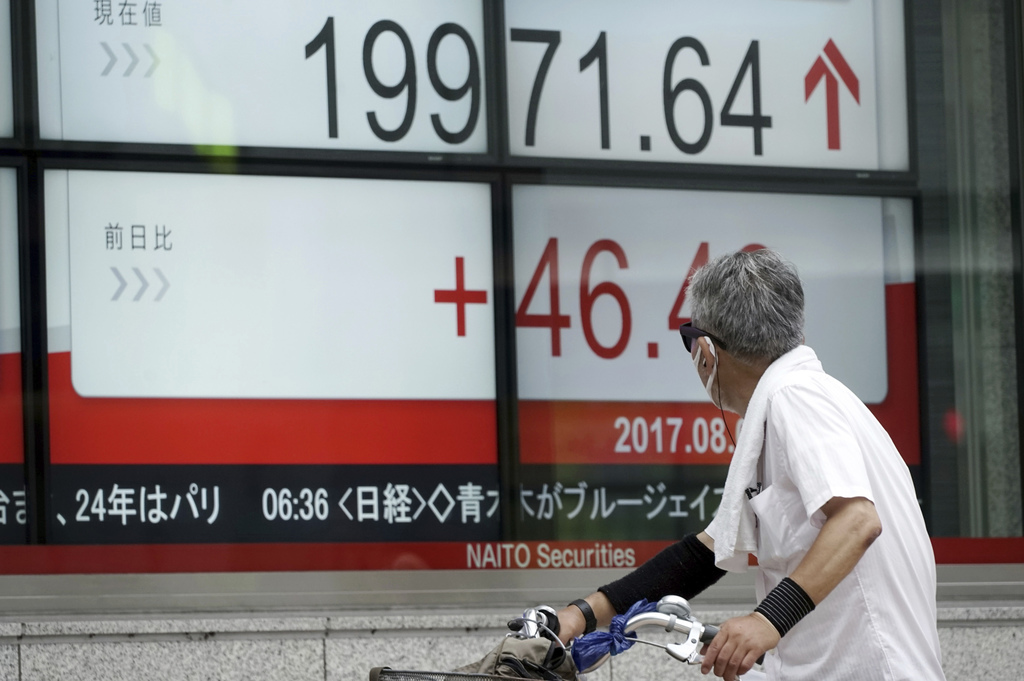 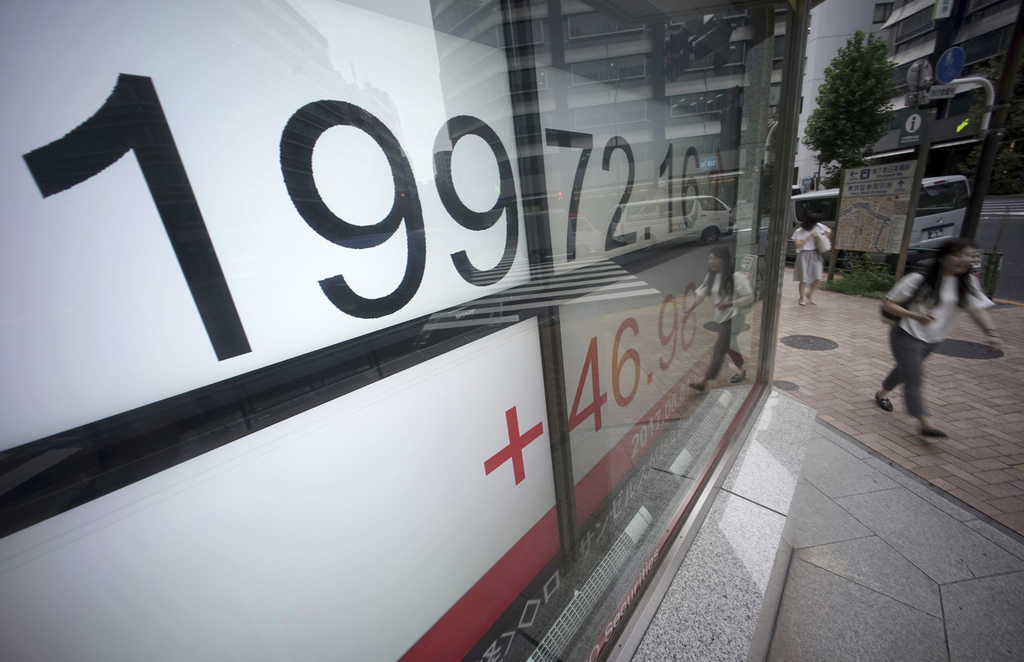 HONG KONG (AP) — Asian stock markets advanced Tuesday as investors prepared to assess a fresh round of corporate earnings reports and data releases for signs the global economy is on the right track.

DATA DUMP: Investors were focusing on a deluge of economic data Tuesday, starting with a private Chinese manufacturing survey showing activity expanded last month, rising to its highest level in four months. The Caixin/Markit factory purchasing managers' index contradicts an official Chinese survey on Monday that showed slower growth, offering hope the world's No. 2 economy is holding up better than thought. That was to be followed later by a "flash" estimate of second quarter euro zone GDP and then U.S. manufacturing and personal income numbers.

BOTTOM LINE: Japanese electronics giant Sony and automaker Honda are among companies set to release their latest quarterly results. So far this earnings season companies have reported strong results and investors will be looking to see if that trend continues.

RATES DOWN UNDER: Australia's central bank officials opted to leave interest rates unchanged, as expected, noting that the current low rates are supporting the economy. They noted the strengthening Australian dollar was constraining inflation but also weighing on output and employment.

TRUMP TROUBLES: President Donald Trump's decision to fire his White House communications director, Anthony Scaramucci, just 11 days into the job raised concerns over dysfunction in the administration that could undermine investor confidence and further weigh on the dollar. The firing came the same day that former homeland security secretary John Kelly was sworn in as White House chief of staff.

QUOTEWORTHY: "The biggest question now must surely be if this latest White House firing is indicative of an administration in total meltdown, in which case the U.S. dollar seems unlikely to avoid being swept along with it," Michael Every, head of Asia-Pacific research at Rabobank, wrote in a commentary. "Or could the new chief of staff bring some much-needed discipline and order to the Trump administration?"

ENERGY: Oil's rally continued apace. Benchmark U.S. crude added 9 cents to $50.26 a barrel in electronic trading on the New York Mercantile Exchange. The contract rose 46 cents to settle at $50.17 a barrel on Monday. Brent crude, the international standard, picked up 7 cents to $52.79 a barrel in London.