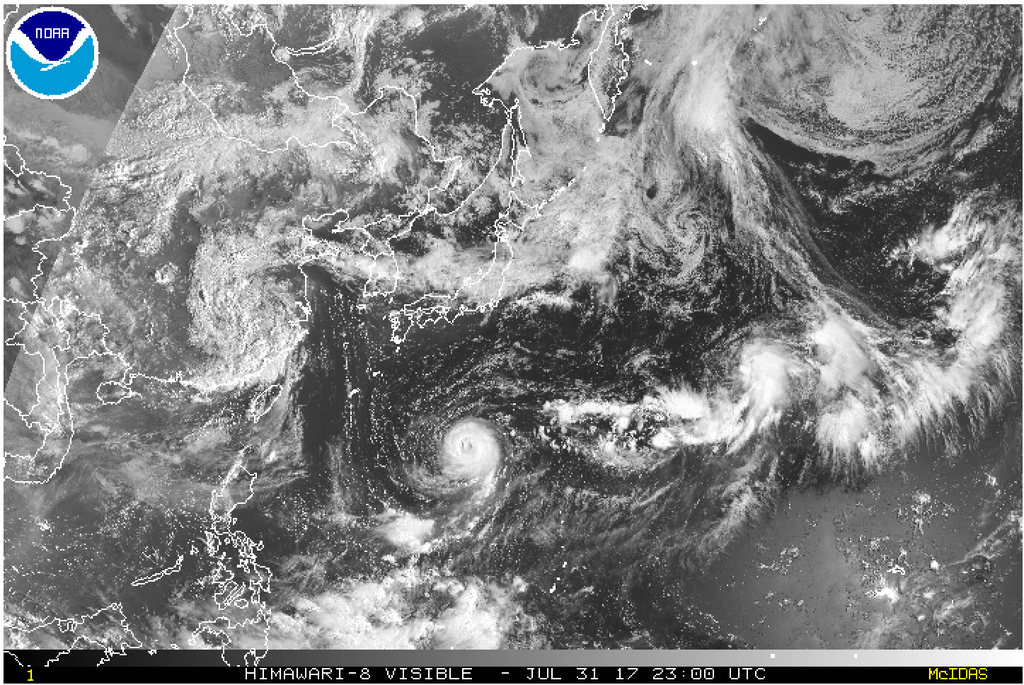 TOKYO (AP) — A powerful typhoon that briefly strengthened into the Northern Hemisphere's strongest storm of the year has lost much of its punch but could still hit Japan by this weekend.

The storm's trajectory was highly uncertain. But the Japan Meteorological Agency was forecasting it might hit the southern island of Kyushu by Friday or the weekend.

The Weather Channel said the storm strengthened rapidly into a Category 5 cyclone at its peak on Monday, as its wind speeds more than doubled to 257 kilometers (160 miles) an hour.