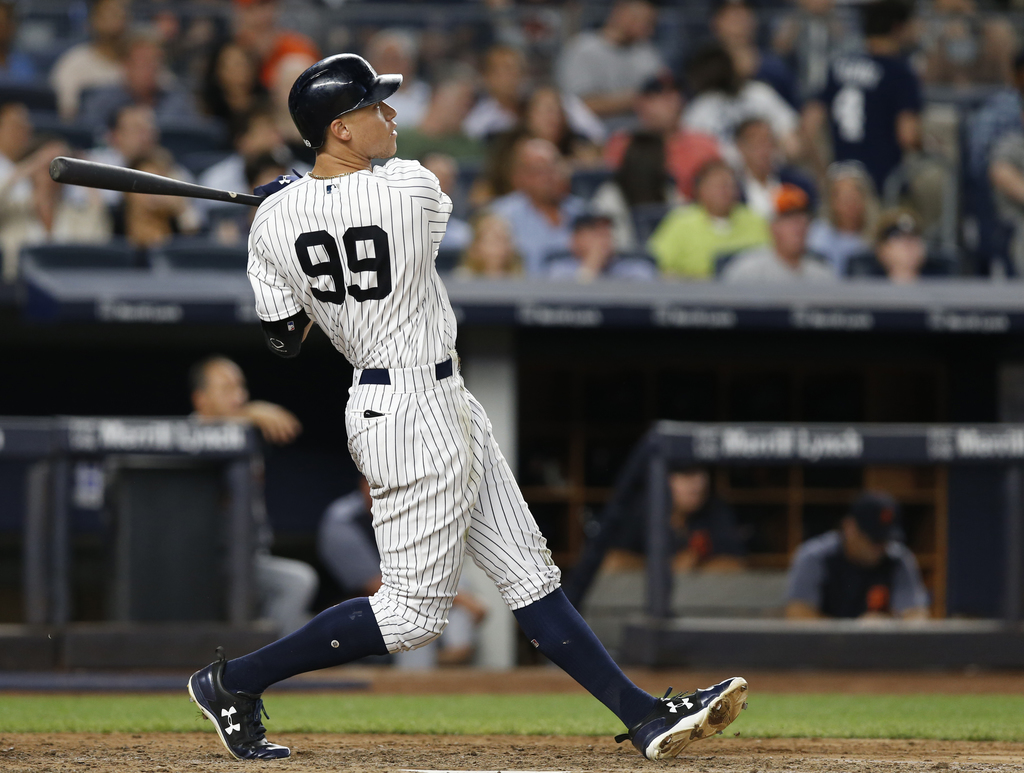 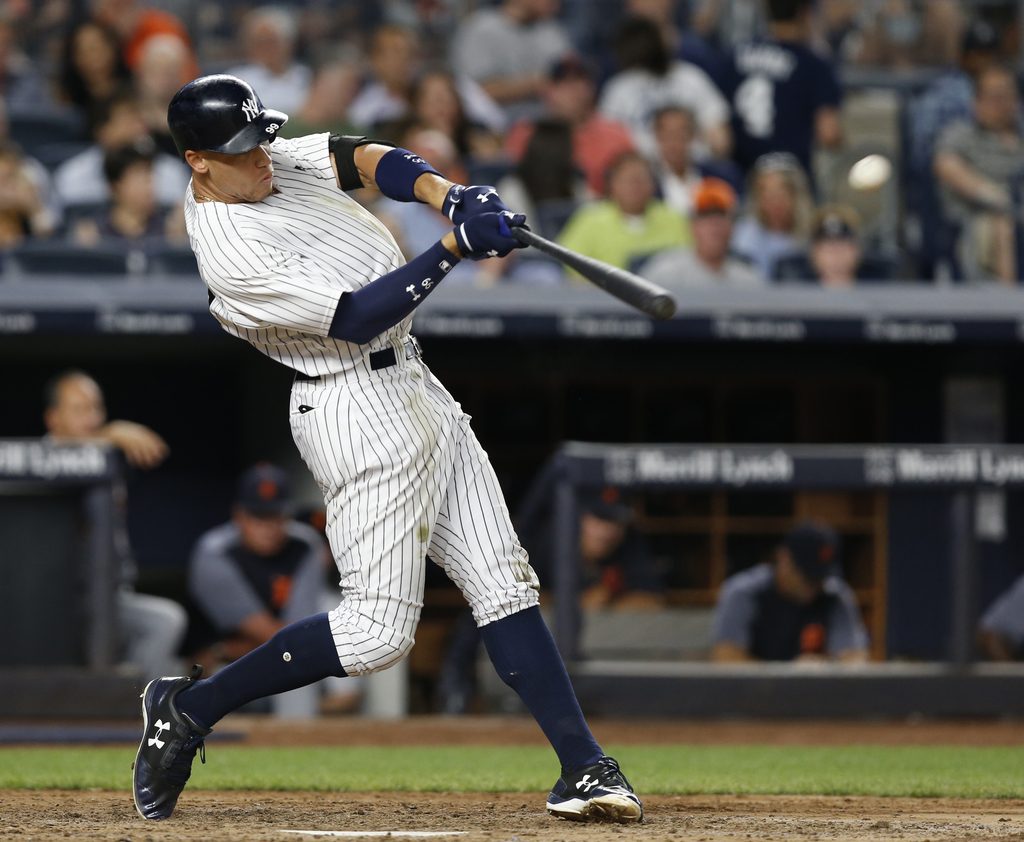 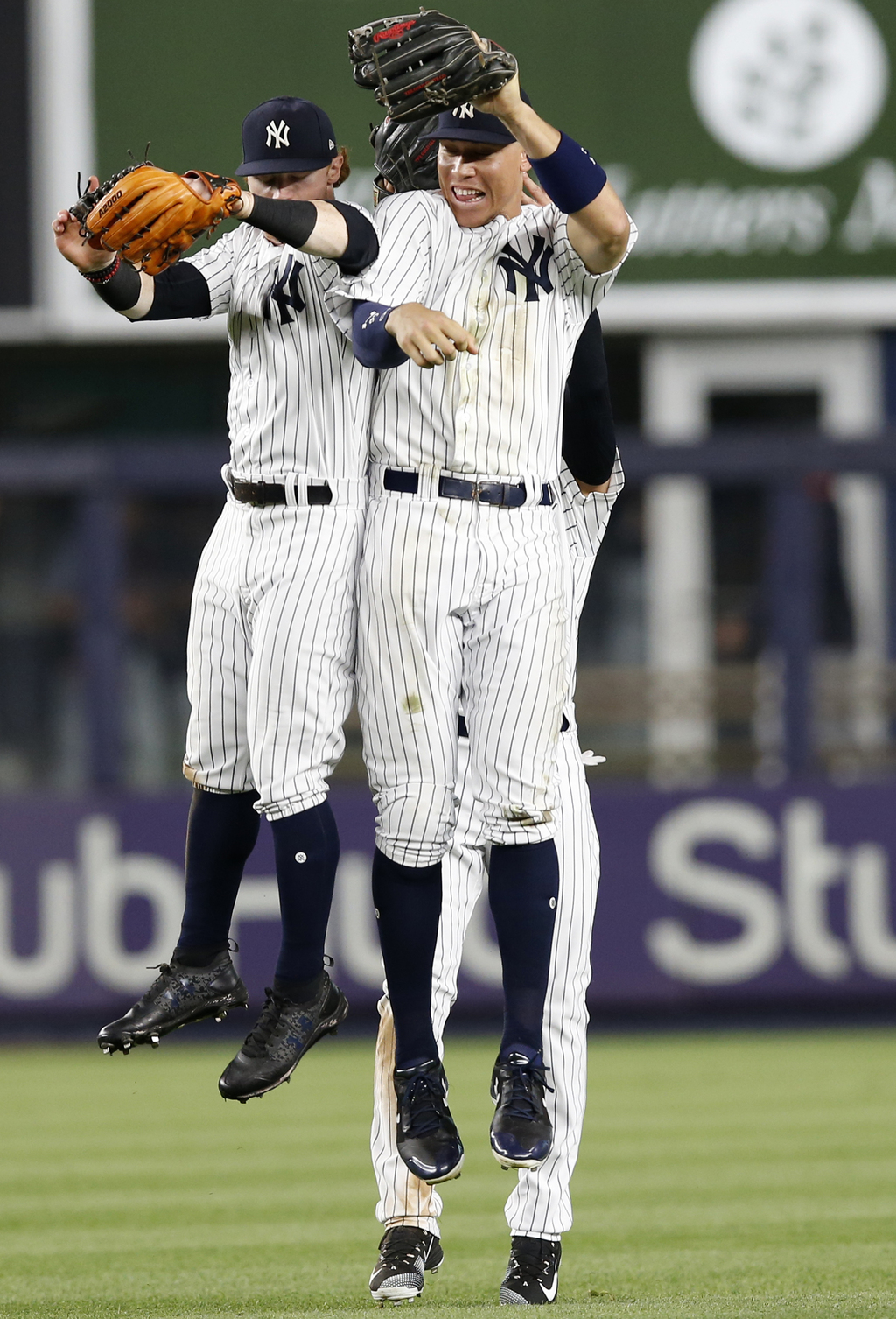 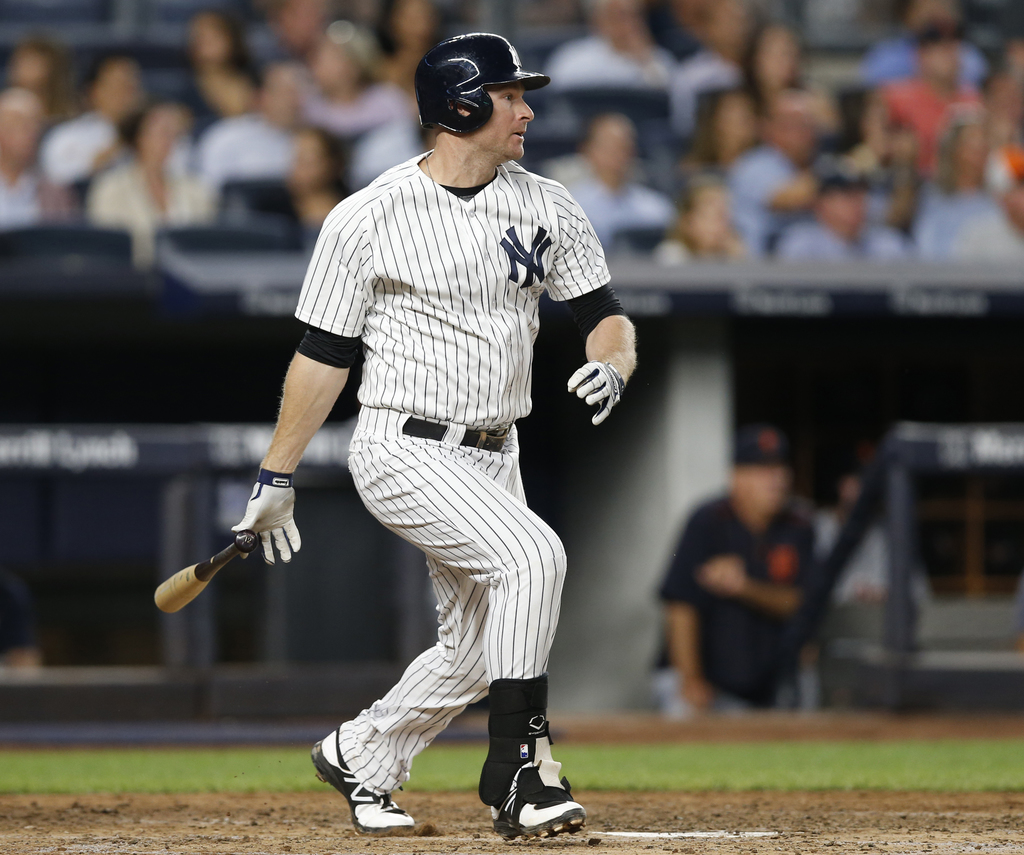 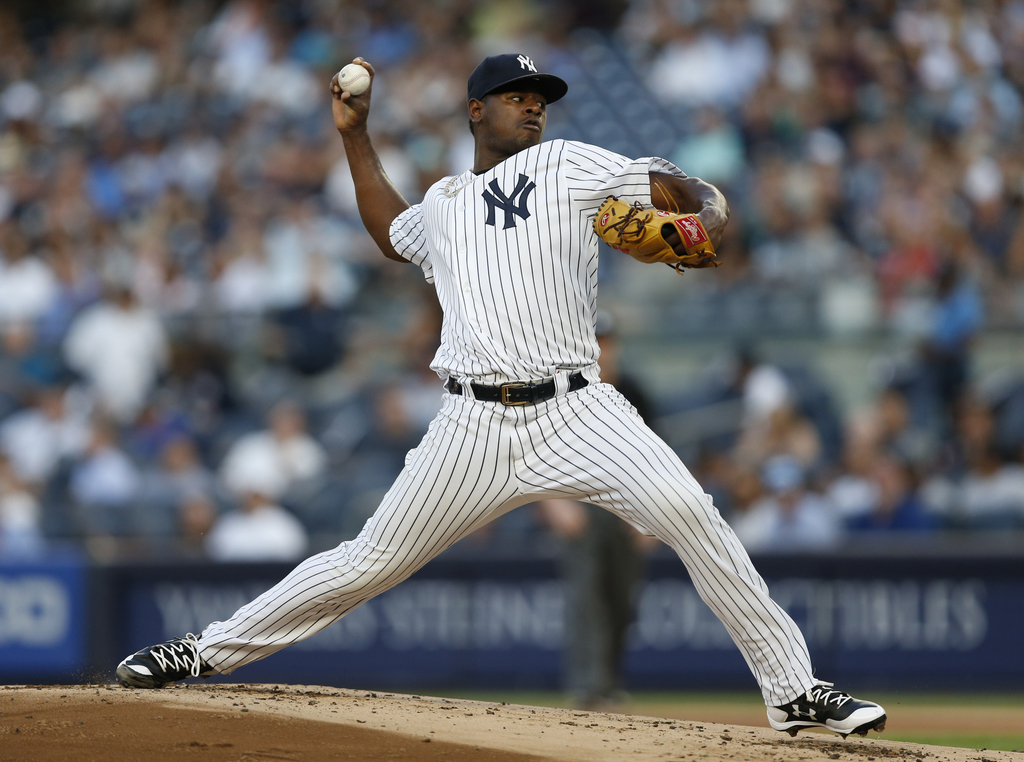 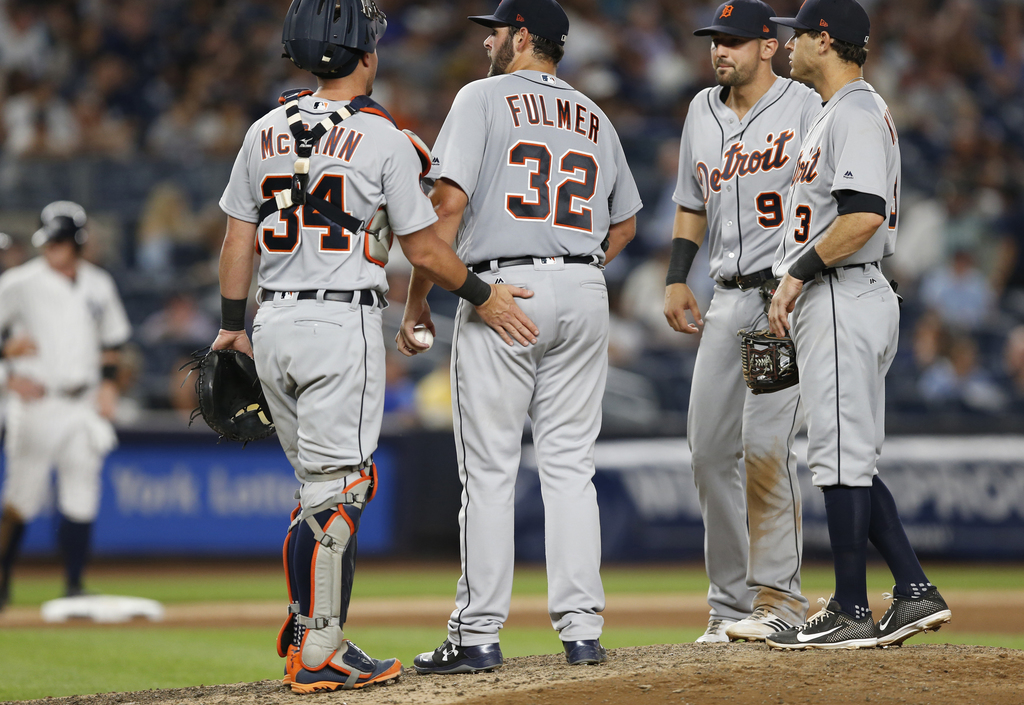 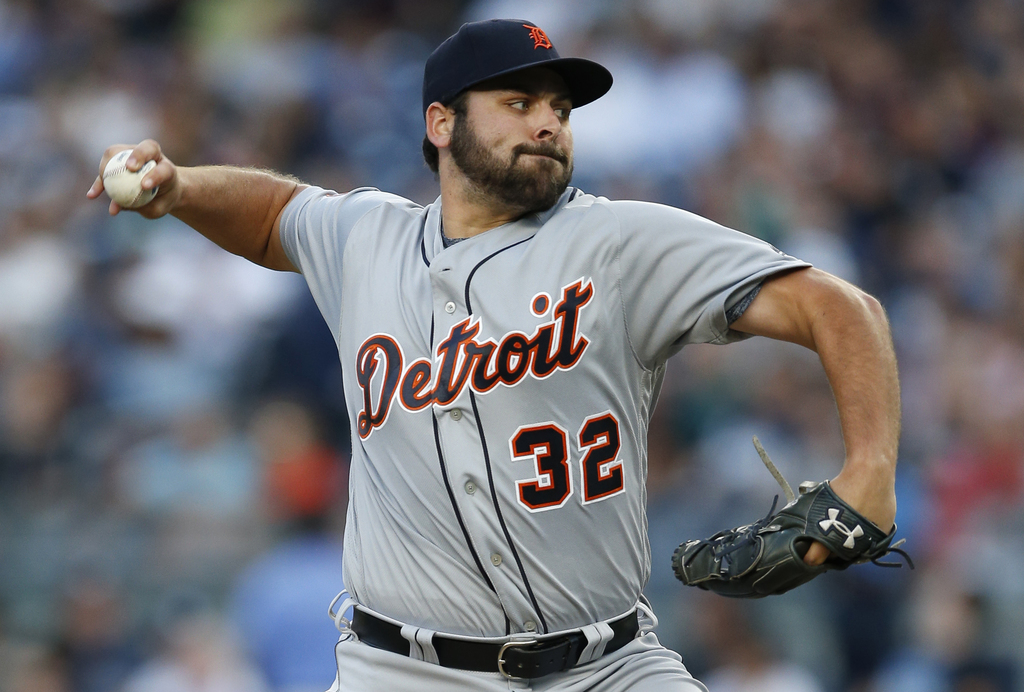 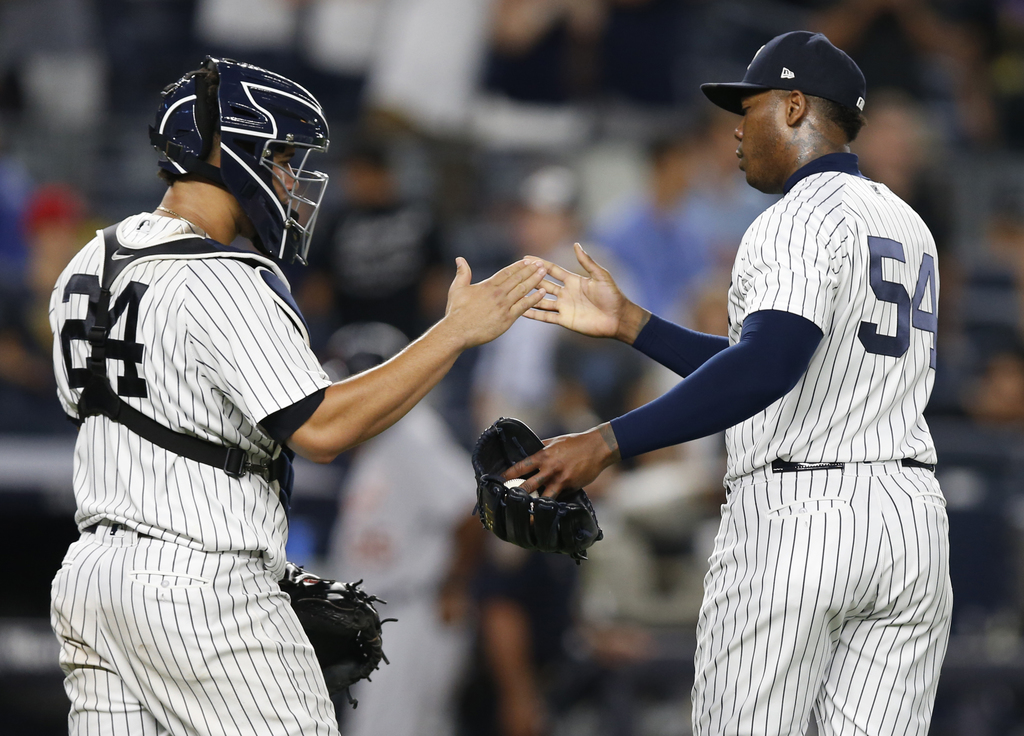 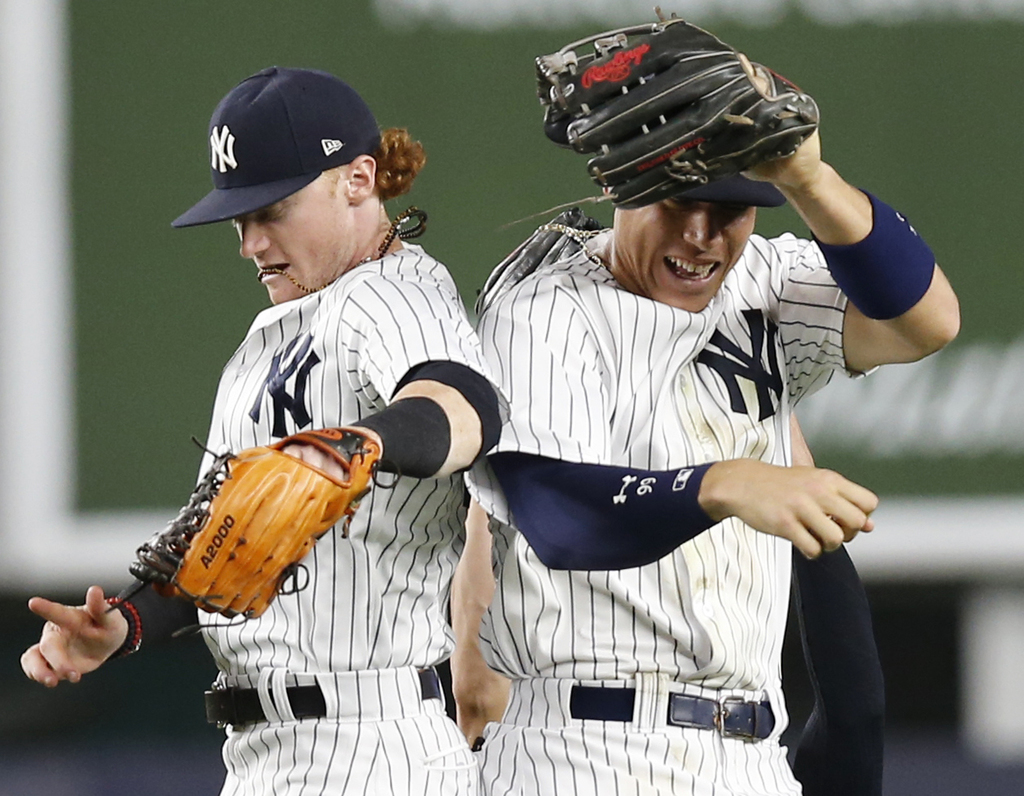 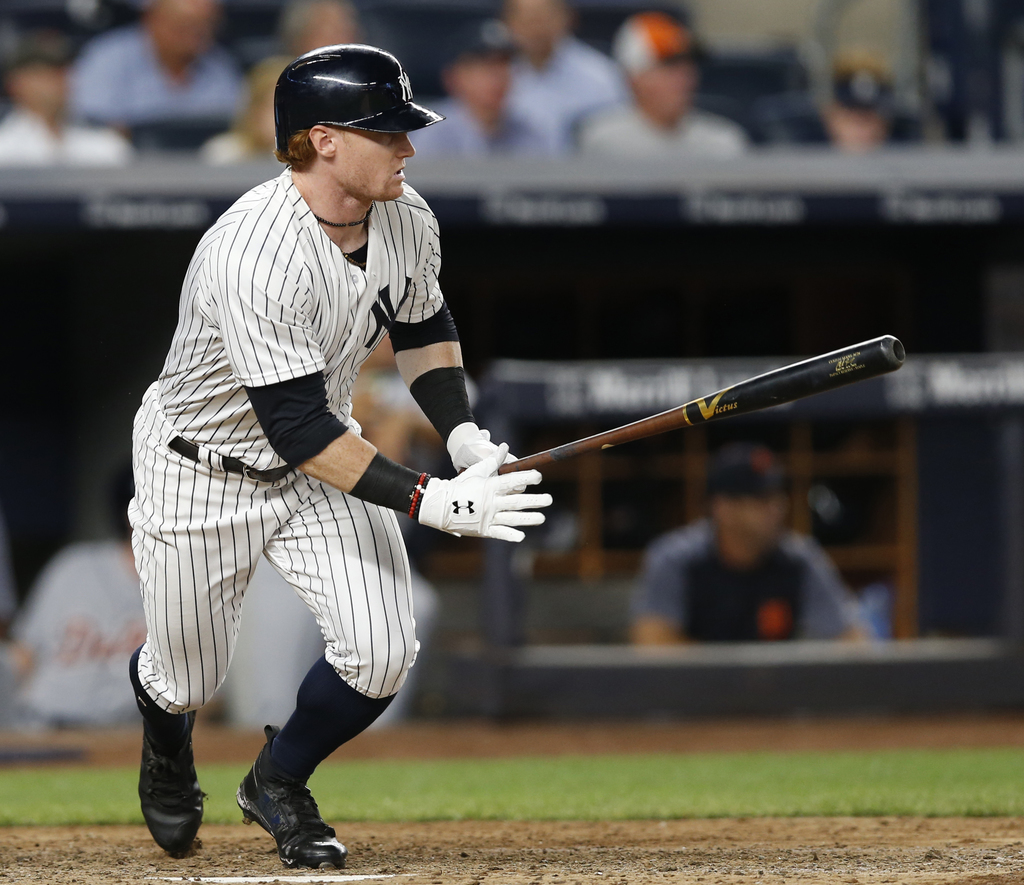 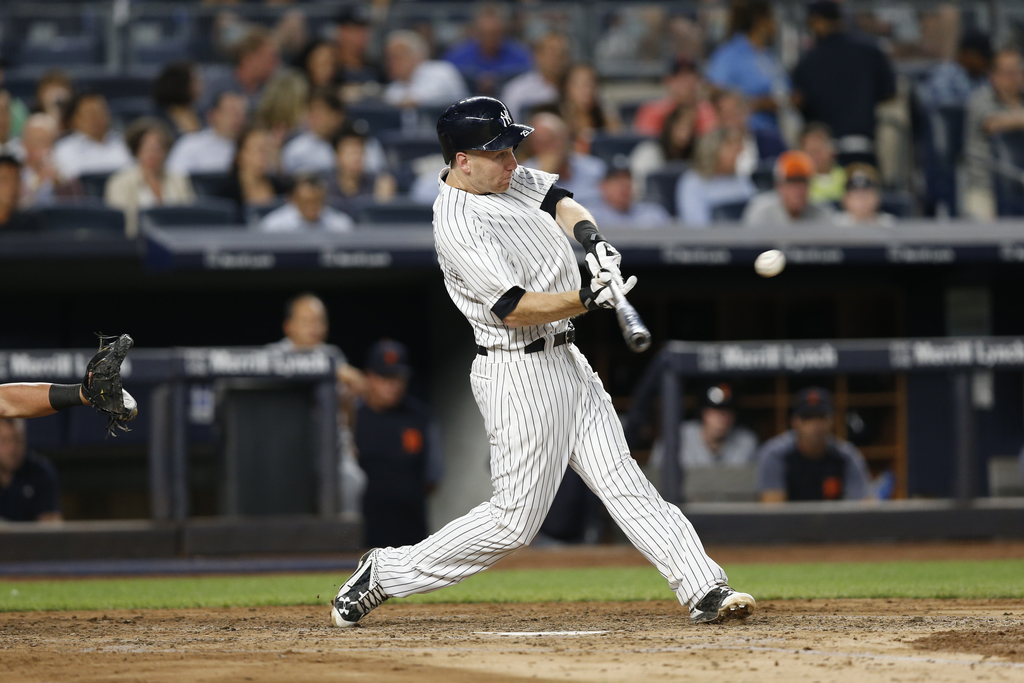 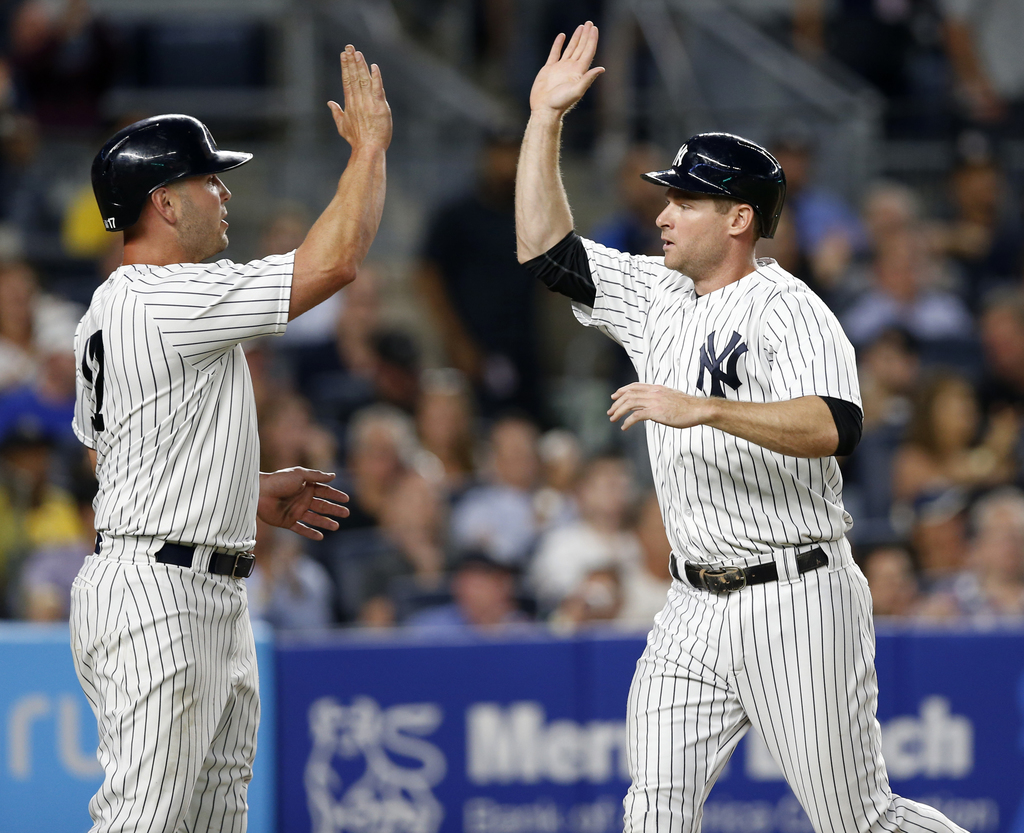 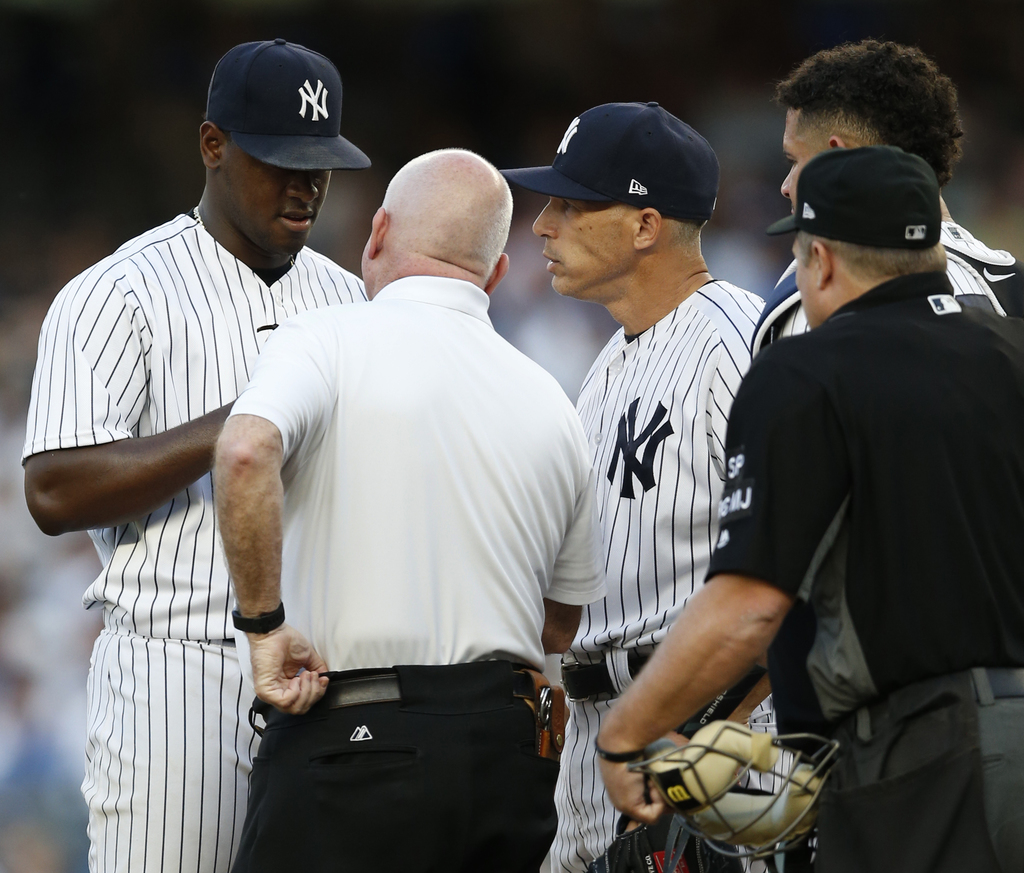 NEW YORK (AP) — Not long after landing a big addition for their pitching staff, Aaron Judge and the Yankees got back to bashing the ball around the yard.

Judge broke out of a slump with his 34th home run, regaining sole possession of the major league lead, and Chase Headley sparked New York at the plate Monday night in its 7-3 victory over the Detroit Tigers.

Luis Severino beat Michael Fulmer in a matchup of young All-Stars, though neither was at his best on the mound. Earlier in the day, the Yankees upgraded their rotation by acquiring Sonny Gray from Oakland for three prospects at the trade deadline.

"We're very appreciative," Headley said. "Guys were fired up when they heard the news."

Headley got three hits as New York won for the ninth time in 11 games. He put the AL East leaders ahead with a two-run double in a four-run fourth inning aided by second baseman Ian Kinsler's crucial error.

Todd Frazier followed with a two-run single, and Judge hit a solo shot in the fifth to snap a tie with Miami slugger Giancarlo Stanton atop the leaderboard.

Judge also walked twice to help the Yankees score at least seven runs for the second time in 26 games during July. He entered batting .158 with 25 strikeouts since winning the Home Run Derby over the All-Star break.

"It's kind of what we've been used to seeing," manager Joe Girardi said. "I thought his at-bats were pretty good."

Severino (8-4) needed a career-high 116 pitches — most by a Yankees pitcher this season — to get through five innings but still won his third consecutive start. He allowed one run and struck out eight, improving to 3-0 with a 0.69 ERA in his last four outings.

The right-hander was checked by a trainer early after grabbing at his leg, but appeared to be fine the rest of the way.

Aroldis Chapman entered with the bases loaded in the ninth and got two outs for his 13th save in 16 attempts. Detroit stranded 14 runners.

Fulmer (10-9) was touched up for seven runs, six earned, and seven hits over six-plus innings.

"I thought my stuff was there," he said. "First three innings I could throw the ball wherever I wanted to, and then just kind of lost command."

Last season's AL Rookie of the Year has lost three straight starts after winning four in a row.

James McCann hit an RBI double and Jim Adduci had a run-scoring single for the fourth-place Tigers, who also made a trade Monday. Detroit sent reliever Justin Wilson and catcher Alex Avila to the World Series champion Chicago Cubs for minor league infielders Jeimer Candelario and Isaac Paredes and a player to be named or cash.

Adduci made a leaping catch at the right-field wall in the sixth to steal a two-run homer from Frazier, who tipped his helmet in response.

Clint Frazier hit an RBI triple in the seventh for New York and scored on Gary Sanchez's sacrifice fly.

Mikie Mahtook was hit by a pitch twice — the second time in the helmet by a 98 mph fastball from Yankees reliever Tommy Kahnle. The impact knocked Mahtook's helmet off his head and sent him sprawling to the ground, but apparently it was a glancing blow. Mahtook popped right up and yelled twice in frustration, then walked to first base and virtually ignored a trainer who came out to check on him. The center fielder finished the game. "I guess it didn't hit me as flush," said Mahtook, who acknowledged it was scary. "I didn't feel any head pain. There's no dizziness. ... I guess I got real lucky."