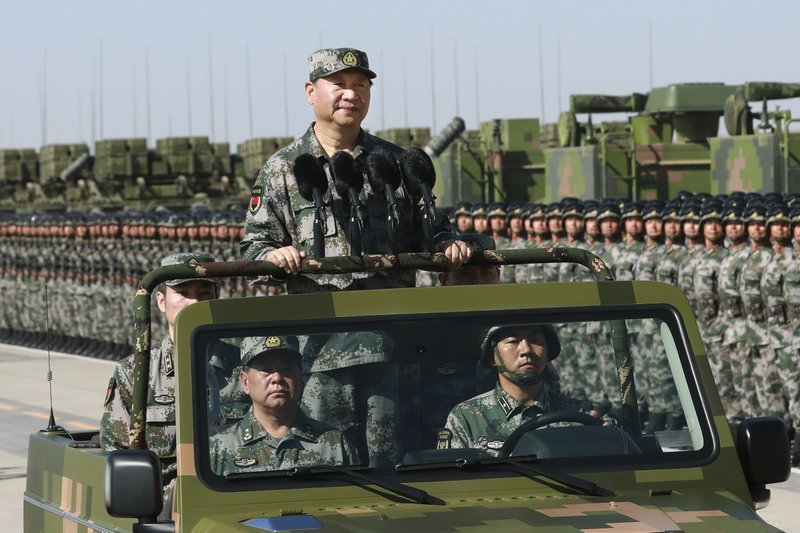 BEIJING (AP) — Chinese President Xi Jinping has issued a tough line on national sovereignty amid multiple disputes with his country's neighbors, saying China will never permit any loss of territory.

Xi's declaration came during a nearly one-hour speech Tuesday in Beijing marking the 90th anniversary of the founding of the People's Liberation Army.

China is engaged in a border standoff with India, disputes over islands with Japan and in the South China Sea, and has vowed to conquer self-governing Taiwan by force.

Xi said that the Chinese people treasure peace but will not permit any national territory to be separated by anyone under any circumstances.

The speech follows a parade Sunday during which Xi declared the military has the "confidence and capability" to ensure China's sovereignty, security and national interests.