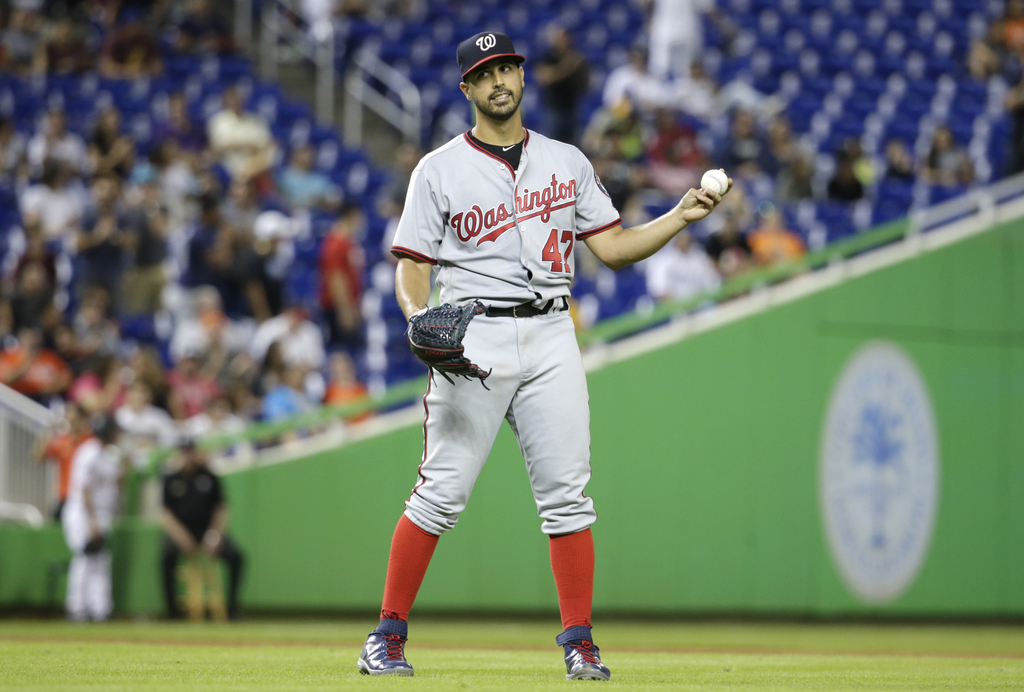 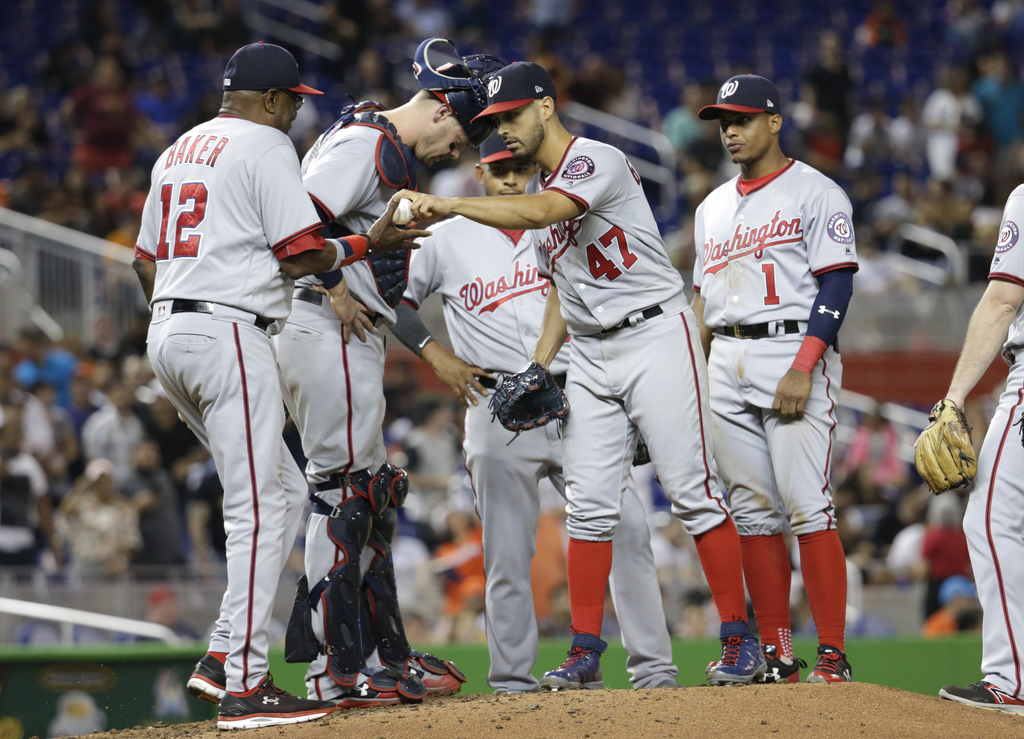 MIAMI (AP) — Gio Gonzalez lost his no-hit bid in the ninth inning when Dee Gordon led off with a clean single, and the Washington Nationals beat the Miami Marlins 1-0 Monday night.

Gonzalez was pulled after Gordon hit a soft liner the opposite way to left-center field. He threw 106 pitches.

Gonzalez (9-5), who grew up in nearby Hialeah, walked three, hit a batter and struck out five. He retired 14 in a row during one stretch.

Sean Doolittle relieved and got NL home run leader Giancarlo Stanton to ground into a double play. After Christian Yelich beat out an infield single, Marcell Ozuna popped out, giving Doolittle his fourth save since being acquired from Oakland and seventh this season.

Luis Severino beat Michael Fulmer in a matchup of young All-Stars on the mound, though neither was at his best. Hours after acquiring Sonny Gray from Oakland at the trade deadline, Headley put the AL East leaders ahead to stay with a two-run double in a four-run fourth inning.

Todd Frazier followed with a two-run single, and Judge hit a solo shot in the fifth. Headley finished with three hits as New York won for the ninth time in 11 games.

Severino (8-4) needed a career-high 116 pitches to get through five innings.

Aroldis Chapman entered with the bases loaded in the ninth and got two outs for his 13th save.

Manny Machado had two hits and scored a run for the Orioles, who have won three straight.

Caleb Joseph got Baltimore going in the ninth with a one-out single off Joakim Soria (4-3). Ruben Tejada singled with two outs before Gentry hit a grounder up the middle that sent Joseph home from second base without a throw.

It was the second loss in 12 games for the Royals, who managed only five hits off three Baltimore pitchers.

Zach Britton (1-0) — the subject of many rumors before the non-waiver trade deadline ended on Monday afternoon — worked the ninth for the Orioles.

BOSTON (AP) — Doug Fister took a shutout into the eighth inning and rookie Rafael Devers went 4 for 4 with an RBI to lead Boston.

Mookie Betts stopped his mini-slump by driving in three runs with two singles, and Eduardo Nunez added three hits and two RBIs for the Red Sox, who won for the third time in nine games.

Fister (1-5), claimed off waivers from the Los Angeles Angels on June 23, was pulled after giving up Zimmer's homer with two outs in the eighth. He allowed two runs and five hits, walking two and striking out five.

Pivetta (4-6) gave up one run and three hits, striking out five.

The Phillies have won five in a row and are 10-6 since the All-Star break, but still own the worst record (39-64) in the majors.