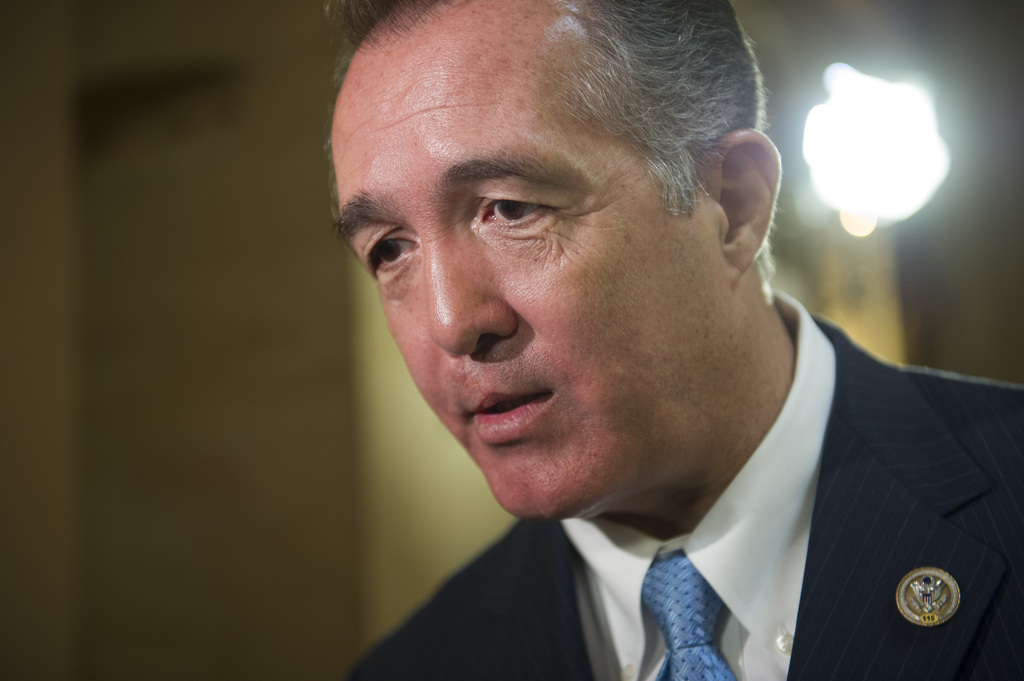 WASHINGTON (AP) — A conservative House Republican is calling on special counsel Robert Mueller to resign, citing what he says is a conflict of interest because of Mueller's "close friendship" with fired FBI Director James Comey.

The argument from Arizona Rep. Trent Franks, a member of the Judiciary Committee, echoes that of President Donald Trump in an effort to question Mueller's credentials for the job. Mueller, appointed after Trump abruptly fired Comey, is investigating Russian meddling in the 2016 election and possible ties to Trump's campaign.

Franks said in a statement that Mueller "must resign to maintain the integrity of the investigation into alleged Russian ties."

A spokesman for the special counsel's office declined to comment.

Mueller and Comey, both known for their integrity and self-assuredness, served closely alongside each other in the Bush administration's Justice Department, and Comey has described Mueller as "one of the finest people I've ever met." But there's little evidence that they are close friends.

David Kelley, who succeeded Comey as U.S. attorney in Manhattan and has known Comey and Mueller for years, told The Associated Press in June that the two men have had a handful of meals together but their relationship is professional.

As president, Trump could demand that Deputy Attorney General Rod Rosenstein fire Mueller by citing a conflict of interest, but Rosenstein has said he wouldn't follow any order that he didn't think was lawful or appropriate and that he had seen no legitimate basis to dismiss the special counsel. Rosenstein, who has also known both men for years, appointed Mueller after Attorney General Jeff Sessions recused himself from the Russia probe.

Comey was selected by President Barack Obama in 2013 to succeed Mueller as FBI director. At a White House ceremony, Mueller praised Comey as a man of "honesty, dedication and integrity," and Comey repaid the favor minutes later by joking that he "must be out of my mind to be following Bob Mueller."

Years earlier, Comey was acting attorney general and Mueller the FBI director when both were on the same side of a tense faceoff over the renewal of a sweeping domestic surveillance program.