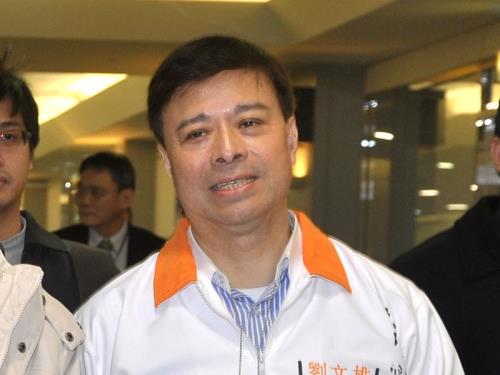 Deputy Secretary-General of the People First Party (PFP), Liu, entered the hospital for emergency medical treatment on July 20 due to a myocardial infarction. After 11 days of treatment, and without regaining consciousness, he died in Keelung Chang Gung Hospital, at the age of 64.

On July 20, after drinking, Liu collapsed with a suspected myocardial infarction. He lost consciousness, and was sent for emergency treatment. He never regained consciousness and on July 31, his children confirmed on Facebook that he had passed away. He was a devout Muslim, so according to Islamic custom, his burial will be held within 72 hours after death.

Over his career, Liu spanned both pan-blue and pan-green factions. During the Kuomintang era in 2005, Liu was nominated to stand for mayor of Keelung, but was defeated. Recently he was nominated by the Democratic Progressive Party as a member of the supervisory commission.

At the age of 27, Liu served as a confidential secretary in Keelung City Government and gradually became prominent in politics. He served for two continuous terms as a Taiwan Provincial Councilor, and was elected as a KMT legislator in 1998. As a Keelung native, Liu’s biggest regret of his political career was having lost the race for Keelung Mayor.

He was expelled by the KMT in 2000 for supporting James Soong's independent presidential bid. He later became Deputy Secretary-General of the PFP and was one of PFP Chair Soong's oldest comrades.

On July 31 in the evening, the Presidential Office issued a statement, praising Liu’s contribution to the operation and development of Taiwan’s party politics. The PFP also issued a statement saying that Soong and the whole party, was devastated at the loss of their colleague and would assist the family with funeral arrangements.