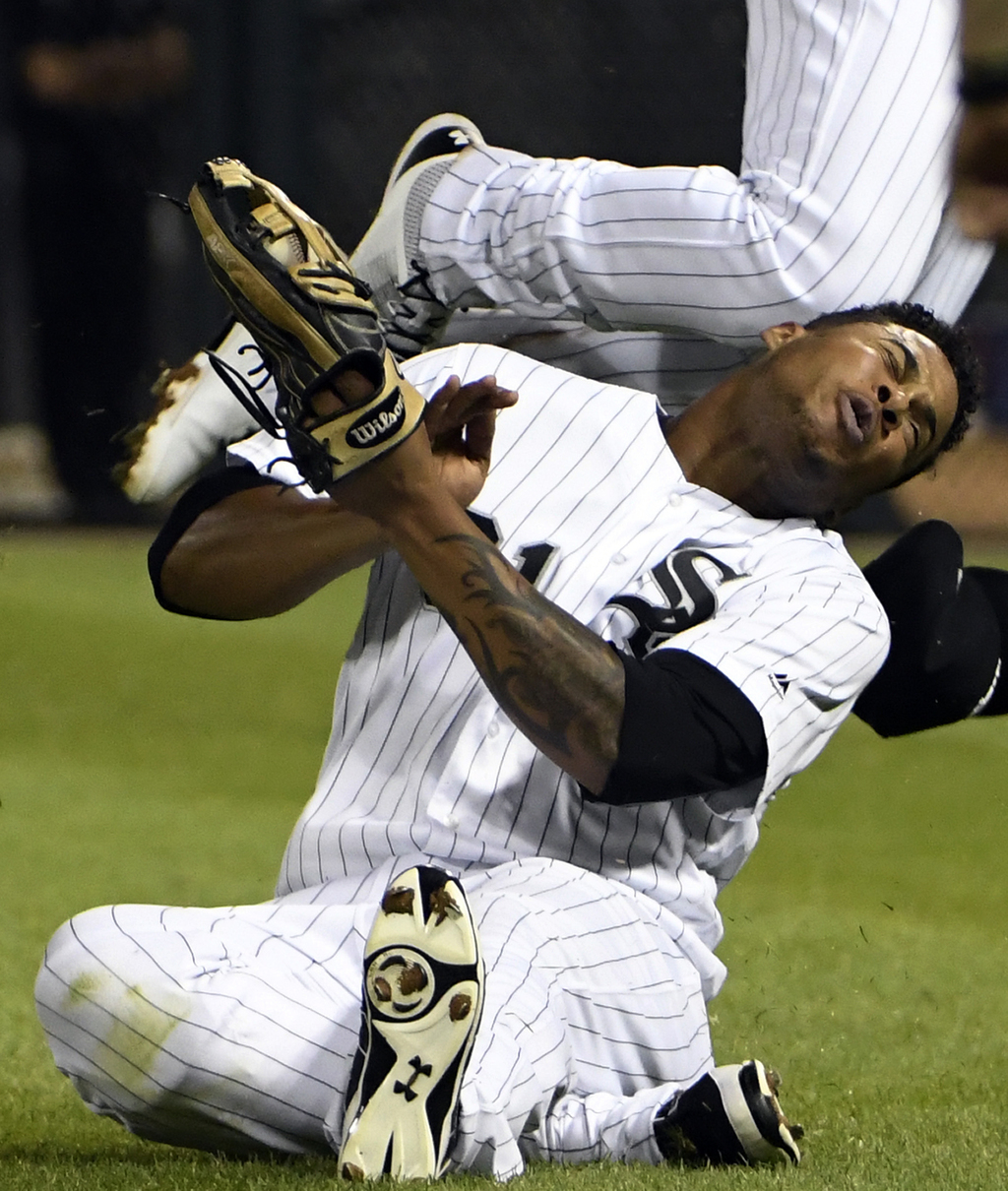 Moncada and Garcia were chasing Darwin Barney's bases-loaded blooper into shallow right field when the second baseman kneed a sliding Garcia in the head. The ball trickled out of Garcia's glove for a three-run double.

Moncada, who is widely regarded as one of baseball's top prospects, put no pressure on his right leg while he was helped to a cart by first baseman Jose Abreu. The Cuban slugger patted his countryman on the back of his head before he was zipped away.

Garcia also went down on the play on Monday night, but eventually walked off under his own power.