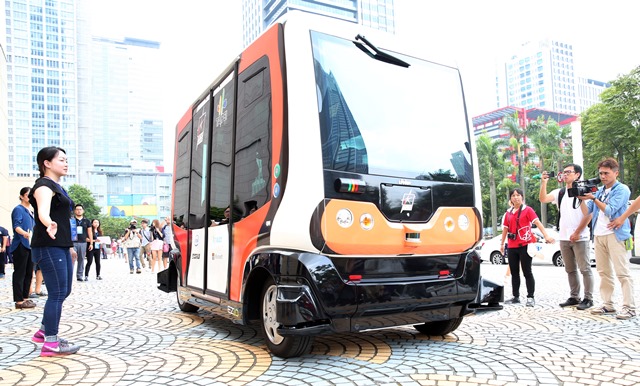 A self-driving bus will be put through its paces Aug. 1-5 in Taipei as part of local government efforts to spur the metropolis’s smart city development and further enhance the quality of life for residents.

Manufactured by France-headquartered Ligier Group, the battery-powered EZ10 driverless vehicle can carry a maximum of 12 passengers, reach speeds of up to 40 kph and operate for 14 hours on a single charge. It will run from 1 a.m. to 4 a.m. along the designated bus lane on Xinyi Road between Dunhua South and Fuxing South roads.

Taipei Mayor Ko Wen-je said July 27 that the bus is a strong step in the right direction when it comes to solving the city’s and country’s transportation challenges using innovative solutions.

But the mayor said a great deal needs to be accomplished before such services are greenlighted and underway, citing regulatory amendments and requisite infrastructure development.

According to Taipei City Government’s Department of Information Technology, the first three days of testing will be dedicated to gathering data for adjusting the existing transportation system and route planning. The final two are reserved for focus groups, with the vehicle restricted to a top speed of 20 kph so as to ensure safety.

The bus, which moves autonomously via a GPS tracking system and six light-detecting and ranging sensors, was successfully tested earlier this month at Taipei-based National Taiwan University’s downtown Shuiyuan Campus. It is expected to provide shuttle services during the Eco Mobility World Festival running Oct. 1-31 in Kaohsiung City, southern Taiwan. 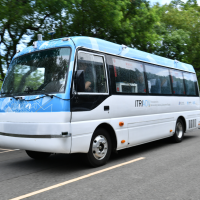 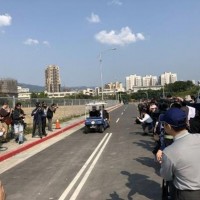 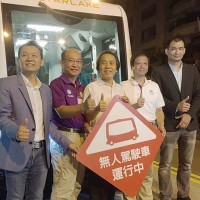 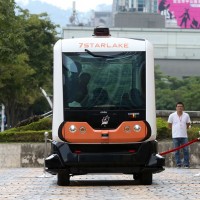