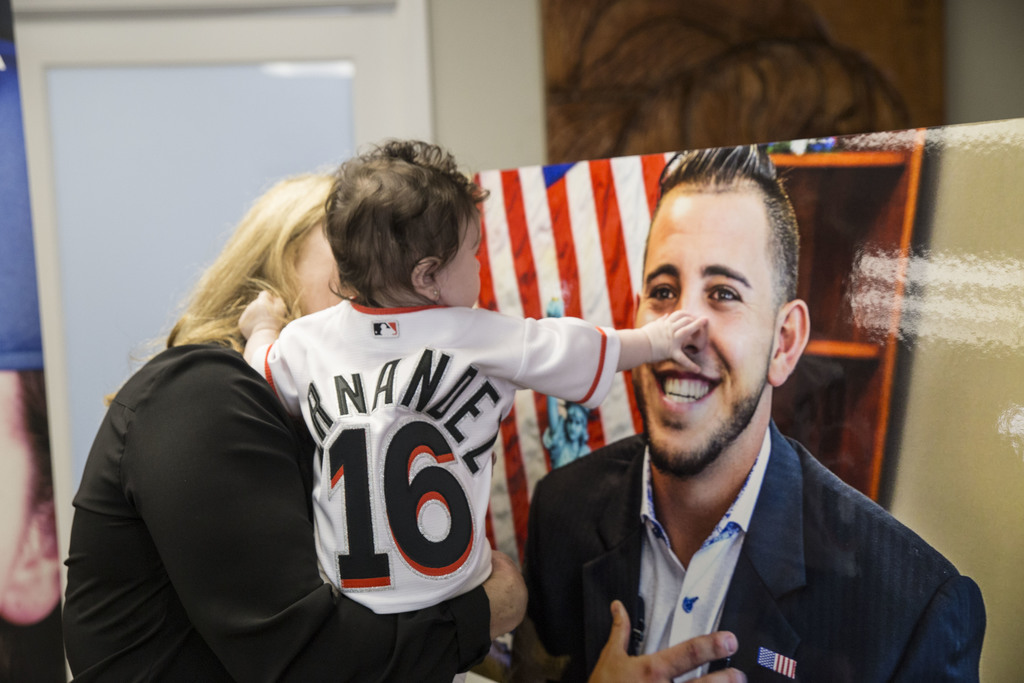 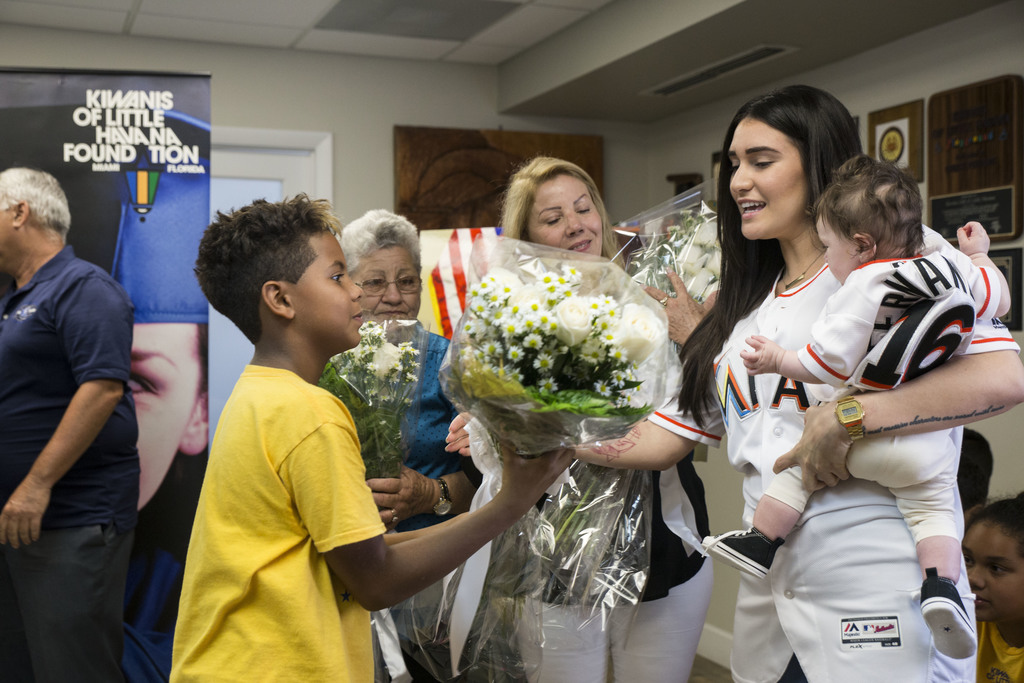 There were tears and smiles and hugs and mixed emotions Monday as Fernandez's family visited Marlins Park for a game for the first time since he was killed in a boat crash last September.

Monday would have been Fernandez's 25th birthday. The family visitors included Penelope's mother, both of her grandmothers and Jose's grandmother.

The family went onto the field before batting practice and stayed for the start of Miami's game against Washington.

"It was pretty special for the whole team," infielder Miguel Rojas said. "There were a lot of emotions. It's a tough moment. It's hard to be strong in these moments."

Rojas said he saw Penelope's resemblance to her father.

"Her face and her hair — I remember a lot of mornings Jose would come in with messy hair," Rojas said.

Manager Don Mattingly said the visit tugged on the heartstrings.

"It was a nice surprise," Mattingly said. "It was great to see the little girl and Jose's mom and everyone. And it's also a reminder of last year."

Before the trip to the ballpark, Fernandez's family observed his birthday by visiting the jetty where his boat crashed, killing him and two others.

"My beautiful boy, wherever you are today we are all going to remember and miss you so much," his mother, Maritza, wrote in Spanish on her Facebook page. "Nothing harder than living without you my love."

The family also presented from its foundation a $25,000 check to the Kiwanis Club.