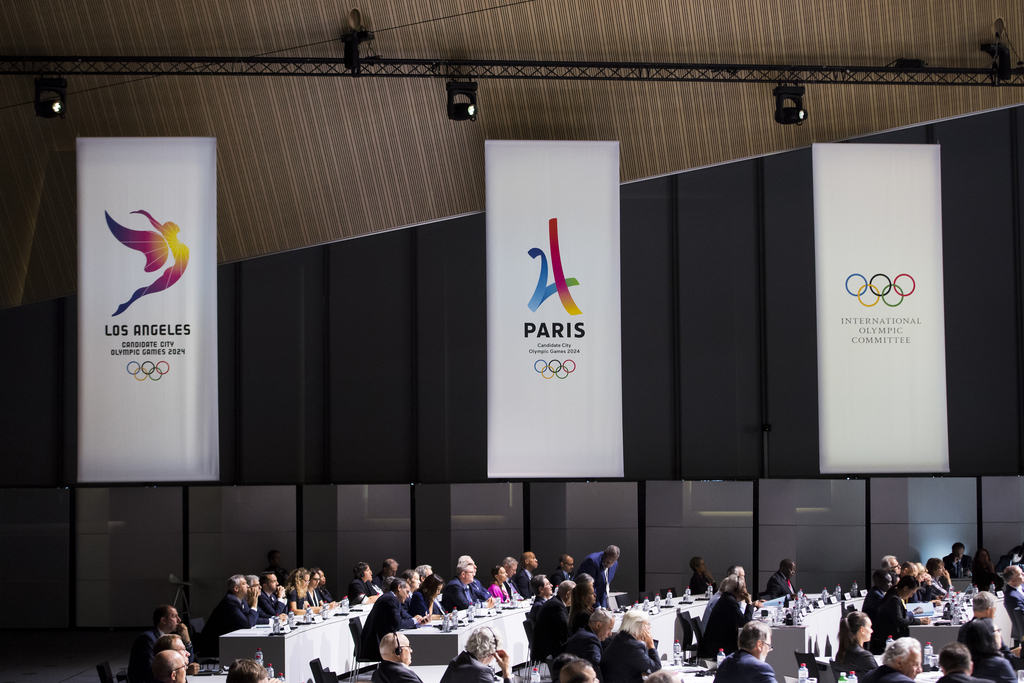 Los Angeles is on its way to being an Olympic city again, this time in 2028. A tentative deal announced Monday gives LA the Summer Games after Paris emerged as the last city standing in the contest for the 2024 Games. Here's how things progressed to this point:

Only a few months ago, Los Angeles leaders winced at the prospect of hosting the 2028 Games. The city "is only bidding for 2024," LA Olympic Committee leader Casey Wasserman said in May. But that stance softened after International Olympic Committee President Thomas Bach pushed the idea of making revisions to bidding to avoid "too many losers," in other words, dividing the spoils for 2024 and 2028. LA embraced the second-place prize, 2028, after it became clear Paris was in line for 2024.

L.A.'s bid committee has projected it will cost about $5 billion to stage the Games. While recent Games have seen runaway costs, LA officials predict the plan will stay in the black, covering all expenditures through ticket sales, sponsorships and other revenue. Major savings will come from using existing venues, like the Coliseum and Pauley Pavilion, rather than buildings new ones.

LA's agreement comes with a plump reward for the long wait: Under the 2028 contract, the IOC will advance funds to the LA committee to account for the longer planning period and to increase youth sports programs leading up to the Games. The IOC contribution would be $1.8 billion, with the potential to exceed $2 billion when taking into account the estimated value of renewed sponsor agreements and potential new marketing deals, according to the LA bid committee. There are other benefits: The LA committee would get $180 million from the IOC over the first five years of the deal to cover expenses and support youth sports, a shift since the IOC typically holds back most of its spending until the Games get closer. And the IOC would surrender its right to a 20 percent cut of any surplus after the Games end, which could give LA $100 million or more if the books stay balanced, according to the LA committee.

Next month, the proposed deal will be considered by the Los Angeles City Council and the U.S. Olympic Committee board. If approved, the International Olympic Committee, LA and Paris could enter a three-way agreement, clearing the way for IOC to award the 2024 Games to Paris, with 2028 going to Los Angeles. A final IOC vote is expected in Lima, Peru in September.