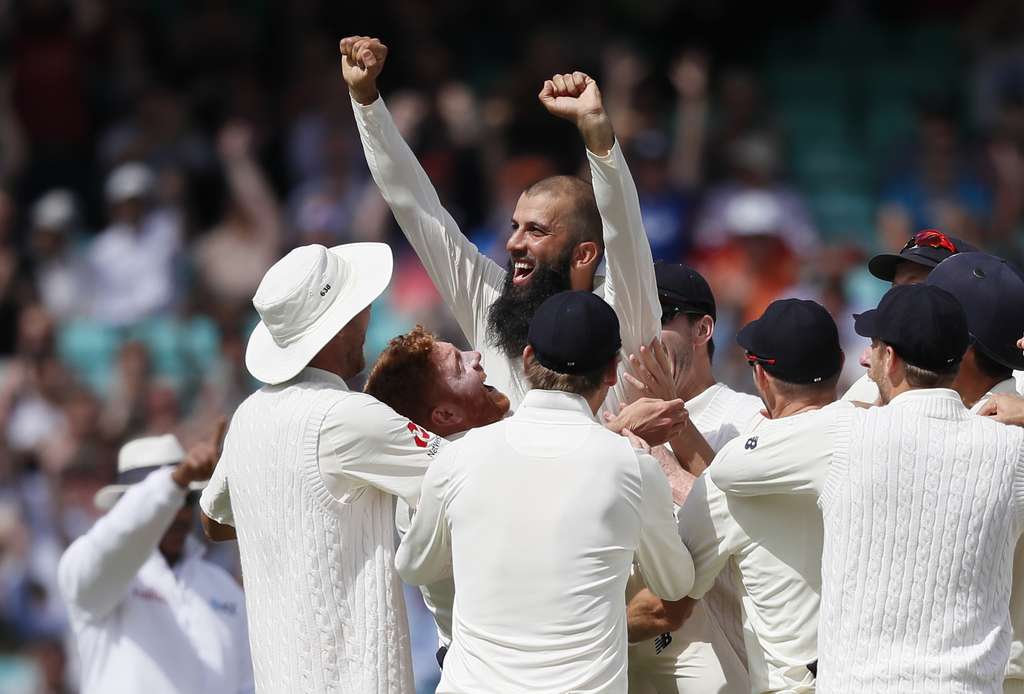 LONDON (AP) — England is keeping a virtually unchanged squad ahead of the fourth cricket test against South Africa at Old Trafford.

The 13-man squad was announced Monday after spinner Moeen Ali's late hat trick earned England a 239-run win at The Oval in the third test.

England, which leads the four-match series 2-1, retains Steven Finn as cover for injured seamer Mark Wood. Finn came in as cover after Wood was ruled out on the eve of the third test with a sore left heel.

The 29-year-old batsman Dawid Milan may get a second test appearance despite scores of 1 and 10 on debut at The Oval.