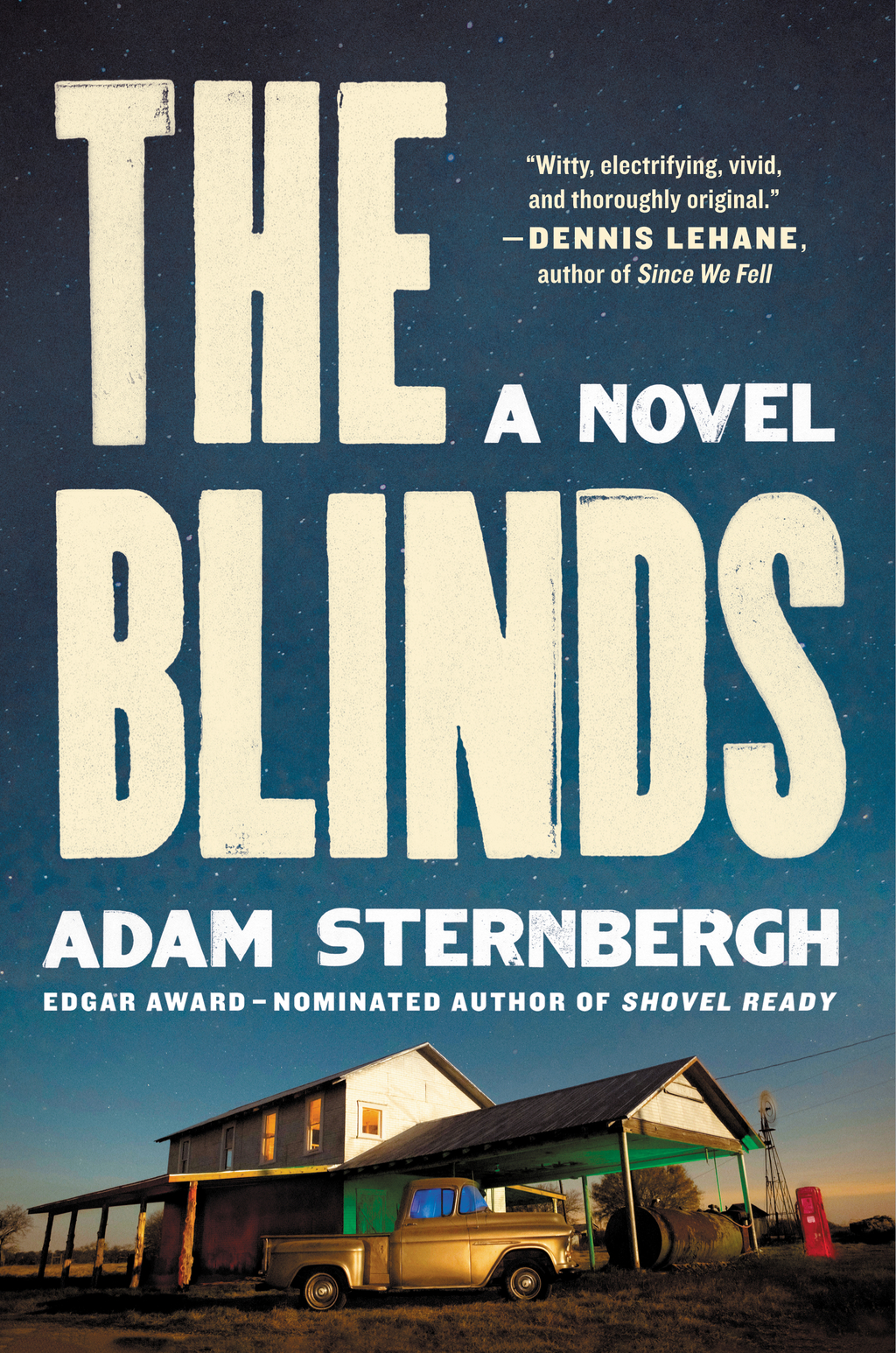 "The Blinds" (Ecco/HarperCollins), by Adam Sternbergh

The prison system — and how to treat incarcerated criminals — has always been problematic, no matter the plan. Adam Sternbergh's imaginative "The Blinds" doesn't solve the problem but offers an unusual alternative: round up the most violent murderers, house them in a remote, unescapable town and, as a kicker, wipe their memories clean.

"The Blinds" expertly melds the thriller with the Western, adding a soupcon of medical-science fiction while paying a bit of homage to Jim Thompson's "The Getaway," the novel, not the movie, and "Pop. 1280."

Located in the most remote area of Texas, the small town of Caesura — "rhymes with tempura" — is home to 48 people who have entered an unusual witness protection program. Here, for the past eight years, vicious criminals have every memory of their past completely erased. Then they are given new identifies, choosing a first and last name from a list of movie stars and ex-vice presidents. Adding to the mix are a few "innocents," such as Fran Adams and her 8-year-old son Isaac, the only child in the town. Innocents are there after witnessing horrific events they need to forget, being a crime victim or are in hiding after testifying. In The Blinds, as the residents call their town, they live in their own bungalows and are free to roam. But they can never leave; it did not end well for those few who did.

Sheriff Calvin Cooper presides over Caesura. Calvin's not really a sheriff but a privately employed security guard with training as a corrections officer. His job, along with those of his two deputies, is relatively easy. Because no one remembers their identities, The Blinds is free of crime. But the shooting of two residents —one a suicide, the other a murder — puts Calvin and the town on alert, especially since guns are banned. Soon government agents descend on The Blinds, shattering what little freedom the residents have.

Sternbergh cleverly keeps the reader off-kilter with his characters and myriad twists in the plot. While the medical technology to wipe memories is given its due, Sternbergh wisely doesn't linger on this subject. Instead, curiosity about the characters becomes paramount. What did the kindly grocer do to land here? Or the gossipy librarian?