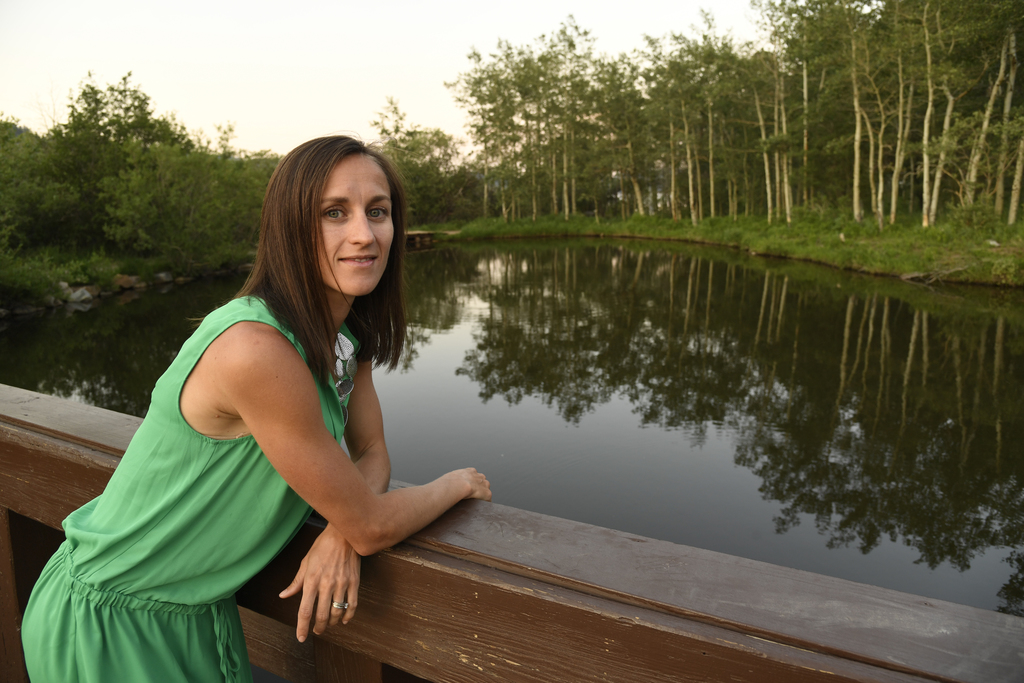 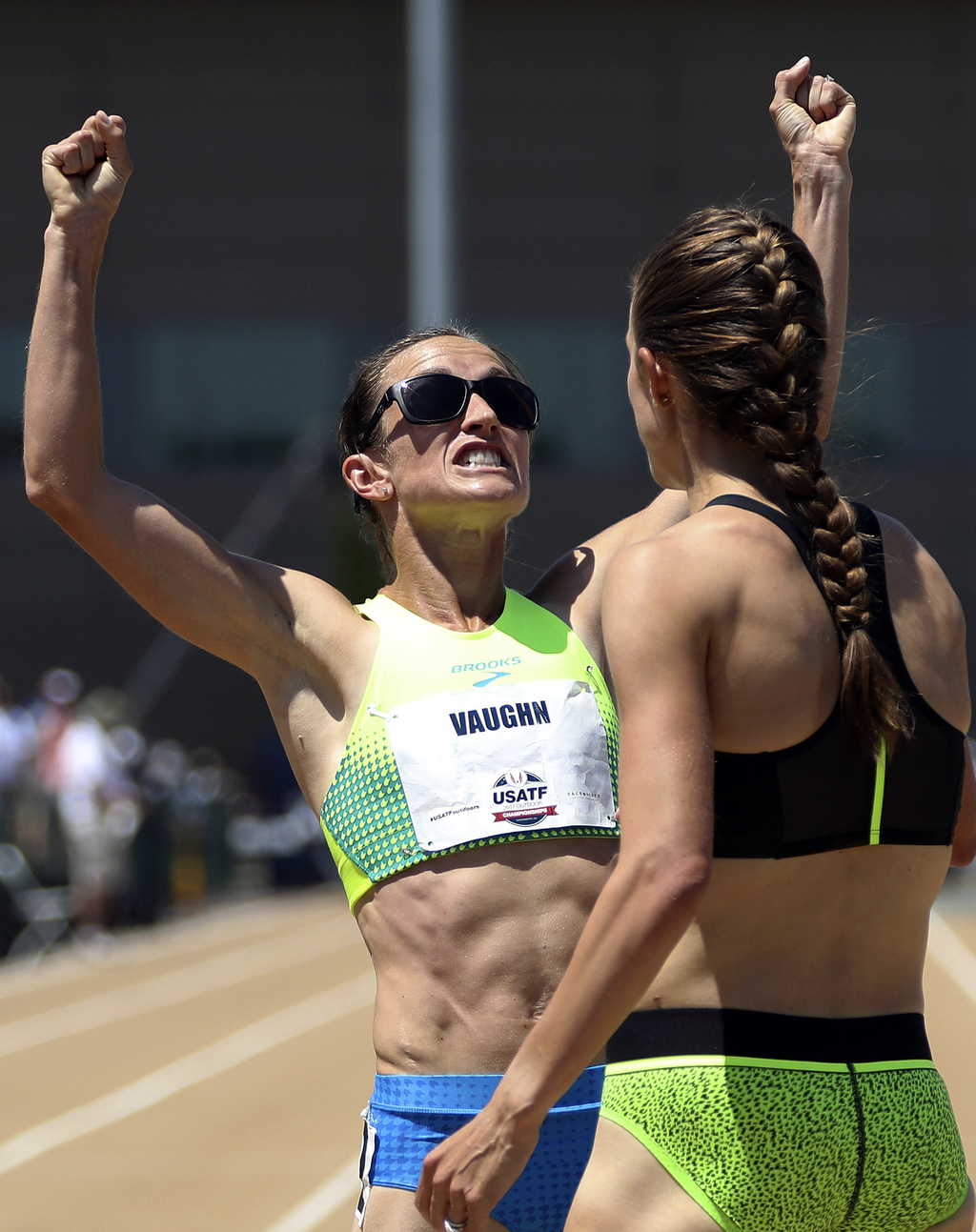 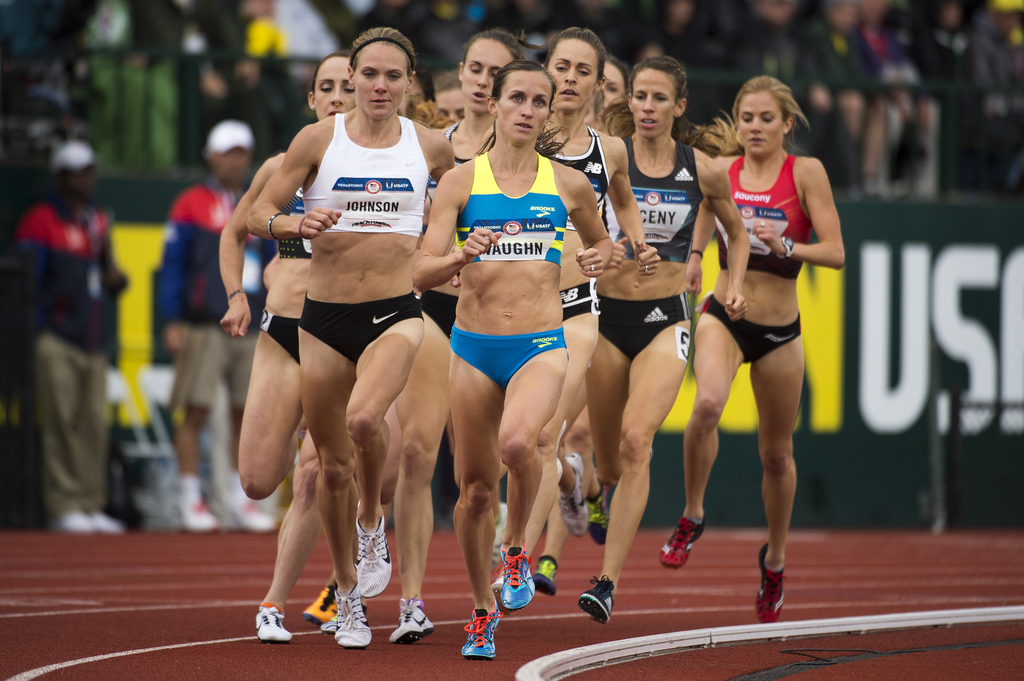 DENVER (AP) — Her training runs involved pushing a jogging stroller loaded with enough snacks to keep her toddler content. Her core workouts featured exercises as her kids climbed on her back or even joined her . Her schedule sometimes got thrown off for potty training.

This is the program that allowed Sara Vaughn , mother of three, real estate agent and burgeoning 1,500-meter runner at 31 years old, to earn a spot for the world championships in London this week.

She even borrowed a line from her youngest daughter for inspiration at U.S. championships in June with the third and final spot on the line: "My turn."

"My daughter doesn't share very well and when someone has a toy or something that she wants, she'll say, 'My turn,'" said Sara, who's coached by her husband, Brent. "In that moment, it made so much sense. I saw a couple of women in front of me that had something I wanted and I was tired of not finishing in the top three. It was my turn."

A standout runner out of high school in Nebraska, Sara competed at Virginia before transferring to Colorado. She got pregnant with Kiki during her sophomore year and later became an All-American in cross country. She and Brent — a former runner at Colorado — were married on July 28, 2007. They just celebrated their 10-year anniversary while training in London. And soon, they will be joined by their three kids — Kiki, 10, Calia, 7, and Cassidy, who turns 2 on Saturday — a day after the opening round of her mom's event.

"This summer, a family trip to Europe — that's something we never would've dreamed of without this running thing," said Sara, who will head to Paris and Barcelona with the crew for some sightseeing after worlds.

To think, she almost stepped away. Heavy emphasis on almost.

Enough almost seemed to be enough. She was largely unsponsored and constantly concerned about spending money for training out of the family's finances, which, for years, were solely based off Brent's running deal with a shoe company.

"I had a hard time performing well when our livelihood depended on that performance," she said.

That motivated her to become a real estate agent in 2013, just to bring in extra funds. On top of that, Brent opened a construction business about 3 ½ years ago.

"Now that we have income and stability, for me, it brought a lot of the joy back into running," Sara said as the couple recently bought their "forever home" in Boulder. "I can enjoy competing without stressing about whether we can pay the mortgage or for swimming lessons. I don't have that guilt that goes with running."

Brent's noticed a difference, too, with her fitness at another level after not making the team for the Rio de Janeiro Games. She ran a personal-best time of 4 minutes, 6.64 seconds on June 10.

"This is just the tip of the iceberg," Brent said. "She has plenty more space to improve over the coming years."

Brent took over coaching his wife earlier this season. First, though, they had to establish ground rules. At home , he's Brent. At the track, he's coach — and what Coach Brent says, goes.

"If I start to complain or whine about a workout, he won't let that charm work," Sara said, laughing.

Frequently, Sara will load up Cassidy in the baby jogger to squeeze in between five and nine miles, when the other two are at school.

"I have a love/hate relationship with that stroller," she said. "I would much prefer never to run with it, because it adds extra stress and it changes my form a little bit. But it's such a tool when in a pinch, which is half the time."

Baby sitters, friends, family, DVDs — to entertain the kids as she stretches — and the drop-in sitter service at her gym have proven invaluable as well.

At nationals, her game plan was elementary: Stay calm on the first few laps, stay alert in the middle and stay aggressive on the last lap. The mantra "my turn" popped into her mind with the finish line in sight. Her daughter's saying was the perfect motivator.

"I was so happy for her. I didn't know how to contain myself," Brent said . "It was quite a moment."

So was this: Calling home to tell their kids the news about mom. Each had a different reaction.

"My oldest, who's been around the sport for a long time, she kind of understands the significance of finally making the team," recalled Sara, who's creating a fund to help undergraduate parents so they can earn their degrees. "My middle one, a little less so, but she does understand that it meant she got to go on a cool, exciting trip to London this summer.

Mom's success wasn't the only big news around the Vaughn household in recent weeks. Cassidy is getting the hang of potty training.

"Everything feels really settled," Sara said. "We have life stress, normal stress, but not like we did when all we were doing was running. Not that life is easier — it's just much less stressful."