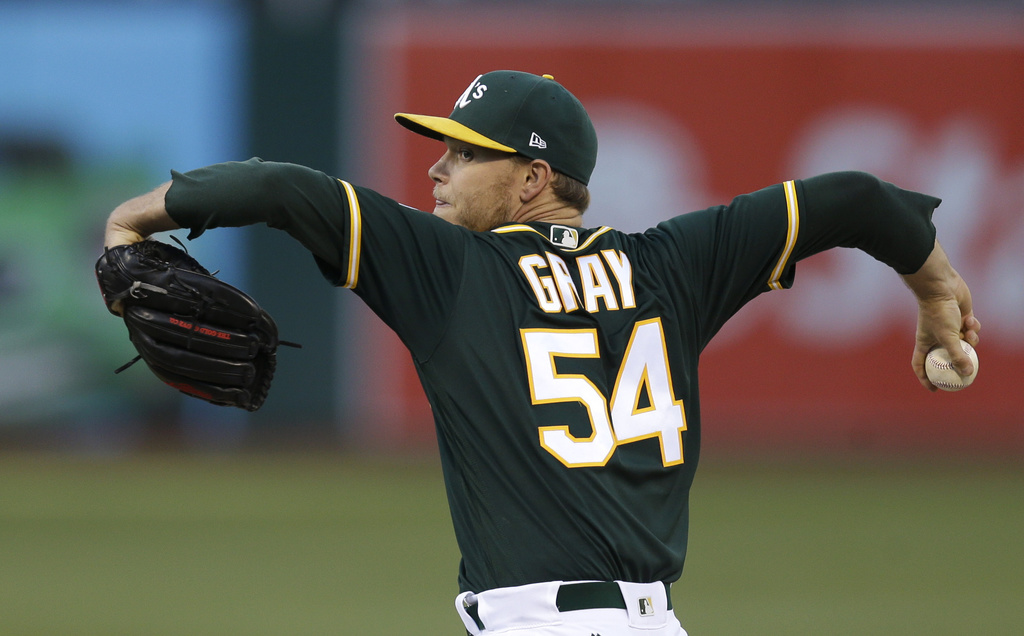 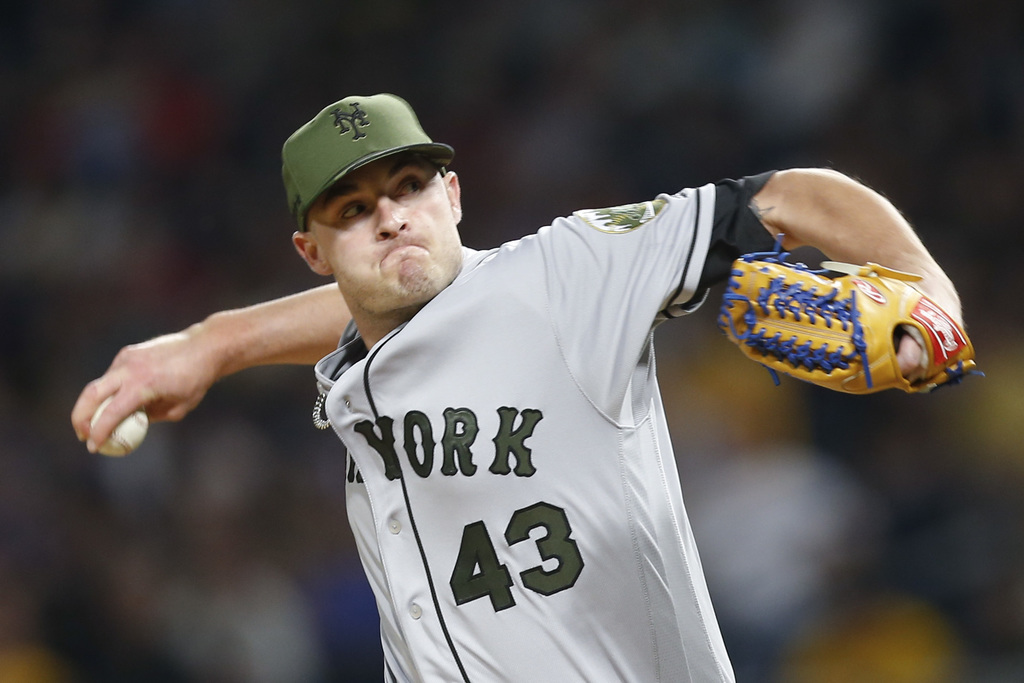 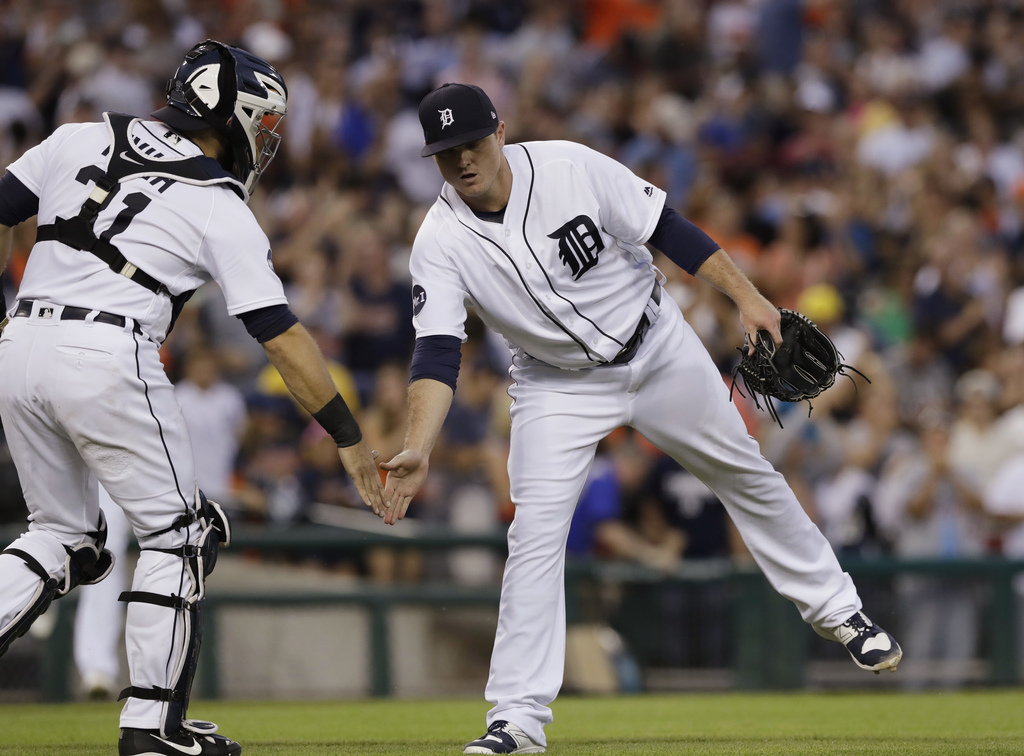 The Latest on the MLB non-waiver trade deadline (all times EDT):

Pitcher Sonny Gray has been traded to the Yankees from the Oakland Athletics for three prospects, boosting New York's starting rotation for an unexpected playoff run.

Oakland gets right-hander James Kaprielian, a former first-round draft pick recovering from Tommy John surgery; Jorge Mateo, a top prospect who plays shortstop and the outfield; and Dustin Fowler, an outfielder who made his major league debut in June. New York also receives $1.5 million in international signing bonus allocation from the A's.

Gray slots into the middle of a rotation that includes Luis Severino, Masahiro Tanaka, CC Sabathia and Jaime Garcia, who was acquired Sunday from Minnesota.

A person familiar with the deal says reliever Jeremy Jeffress is being traded back to Milwaukee, a year after the Brewers sent their closer and former first-round pick to the Texas Rangers in another deal at the non-waiver trade deadline.

That person spoke on condition of anonymity because neither team has confirmed the trade in advance of the non-waiver trade deadline.

The Rangers will get Double-A pitcher Tayler Scott for returning Jeffress to Milwaukee.

Jeffress was the 16th overall pick in the 2006 amateur draft by the Brewers. He was sent with two-time All-Star catcher Jonathan Lucroy to Texas exactly 52 weeks ago. Lucroy was traded by Texas to Colorado on Sunday night.

In 39 games this season, Jeffress is 1-2 with a 5.31 ERA, and allowed a home run in each of his last four appearances. He had 27 saves last year with Milwaukee before getting traded to Texas.

Infielder Adam Rosales has been traded by the Oakland Athletics to the Arizona Diamondbacks in exchange for minor league right-hander Jeferson Mejia.

Rosales, who filled in at shortstop for 36 of the 38 games when starter Marcus Semien was hurt earlier this season, is no stranger to switching teams. And the last-place A's are dealing again for prospects as they have historically done.

During an 11-day span late in the 2013 season, Rosales was claimed off waivers by Texas from Oakland, went back to the A's off waivers from the Rangers and then returned to Texas once again on waivers only to watch his former team win the AL West without him.

Rosales returned for a second stint with the A's this year . Rosales was batting .234 with four homers and 27 RBIs in 71 games.

The 22-year-old Mejia was 1-1 with a 6.08 ERA in 18 relief appearances Single-A Kane County before going to Class-A short season Hillsboro, where he made three relief outings. He combined to go 1-1 with a 6.21 ERA.

The Mets have agreed to trade reliever Addison Reed to the Boston Red Sox for three 22-year-old right-handed pitching prospects, a deal contingent on the teams approving medical records of the players involved.

Reed, a 31-year-old right-hander, is 1-2 with a 2.57 ERA and 19 saves in 21 chances. He took over as New York's closer this season because of Jeurys Familia's domestic-violence suspension and shoulder surgery.

Reed has a $7.75 million salary and can become a free agent after the World Series. New York already has a replacement after acquiring Miami Marlins closer A.J. Ramos on Friday. Ramos is eligible for free agency after the 2018 season.

The Chicago Cubs have acquired reliever Justin Wilson and catcher Alex Avila in a trade with the Detroit Tigers, bolstering their chance for another long playoff run.

The addition of Wilson gives manager Joe Maddon another late-inning option in front of All-Star closer Wade Davis. The World Series champions had been searching for backup catcher since they cut Miguel Montero a month ago, and Avila is having one of the best seasons of his career at the plate.

The Tigers received minor league infielders Jeimer Candelario and Isaac Paredes and a player to be named or cash consideration in Monday's trade. The 23-year-old Candelario was considered one of Chicago's top prospects, but he was blocked at the major league level by NL MVP Kris Bryant and first baseman Anthony Rizzo.