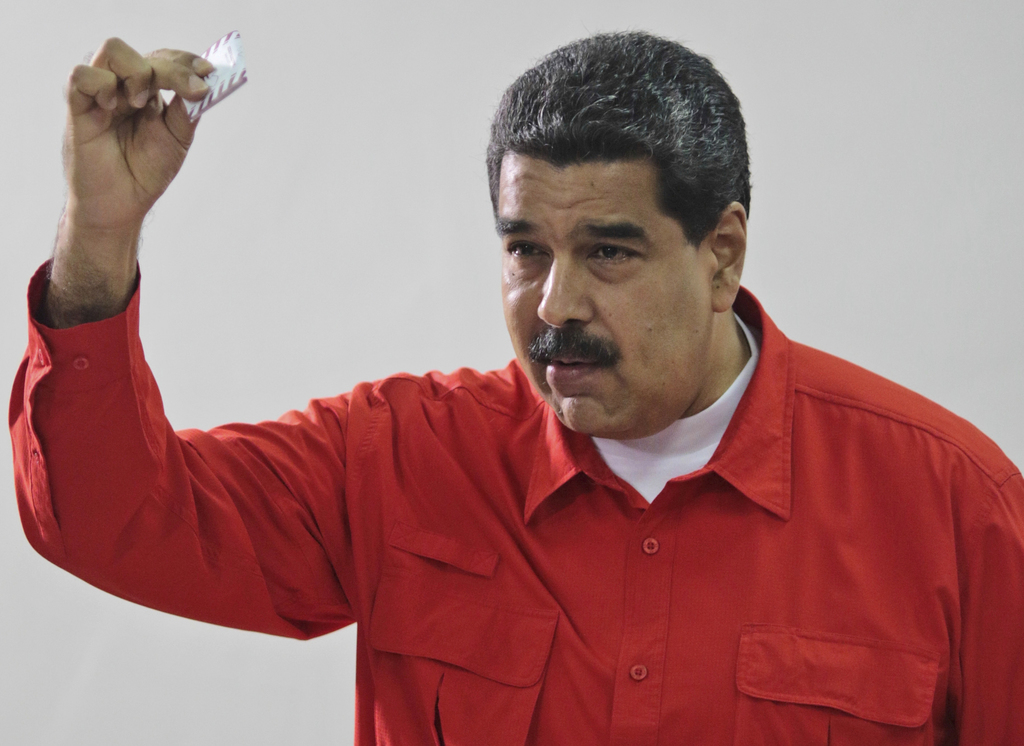 BOGOTA, Colombia (AP) — The newly elected assembly that will rewrite Venezuela's constitution will have nearly unlimited legal power to install an even more staunchly socialist state, but its very creation has spawned opposition at home and abroad that threatens to deepen the country's political and economic crisis.

The 545 delegates elected on Sunday are expected to convene within 72 hours after the official results are announced, which could come early this week.

Because the opposition boycotted what it considered a rigged election, virtually all the delegates are loyalists. Many speculate they will choose Diosdado Cabello, the hardline leader of the ruling socialist party, as their chairman.

President Nicolas Maduro made clear in a televised address Saturday that he intends to use the assembly not just to rewrite the country's charter but to govern as "a power that's above and beyond every other." He said he wants the assembly to strip opposition lawmakers and governors of constitutional immunity from prosecution — one of the few remaining checks on ruling party power.

Declaring the opposition "already has its prison cell waiting," Maduro added: "All the criminals will go to prison for the crimes they've committed."

Critics say they fear it will lead to a Cuban-style single-party state. Maduro fed some of those fears this month, appearing on television in front of a portrait of Soviet communist leader Vladimir Lenin.

BACKLASH AND SANCTIONS FROM ABROAD

Many nations across the hemisphere announced they would not accept the election of the assembly and European Commission spokeswoman Mina Andreeva said Monday that such an assembly "elected under doubtful and often violent circumstances cannot be part of the solution."

The biggest threat is the threat of new U.S. sanctions prompted by the election.

U.S. officials said new sanctions could be imposed as early as Monday and will likely target Venezuela's oil sector, the engine of its economy, including possibly its state-owned petroleum company. The officials were not authorized to discuss the matter publicly and spoke on condition of anonymity.

Oil exports to the U.S. are Venezuela's chief source of hard currency and loss of the U.S. market could cause force dramatic cuts in food and other imports, or at least vastly greater dependence on financial help from countries such as China. Some U.S. refineries are specially designed to handle Venezuelan heavy crude, and sending it elsewhere would be less efficient.

Venezuela also depends on imports of light U.S. crude in order to process its oil, and a ban on those transactions could significantly reduce its production, said Francisco Monaldi, a Venezuela analyst at Rice University — perhaps by as much as a quarter when combined with already declining production, forcing Venezuela to default on its debts by the end of the year.

The resulting decline in GDP could be "a collapse we haven't seen in the recorded history of Latin America with official economic statistics," he said.

Independent analysts dispute electoral authority reports that more than 40 percent of voters cast ballots for the assembly. Recent polls suggested 85 percent of Venezuelans opposed holding the assembly and similar numbers disapprove of Maduro's performance at a time the economy is cratering and food and medicine are so short that malnutrition is becoming a serious problem.

Many analysts believe it will catalyze yet more disturbances in a country that has seen three months of street protests in which at least 125 people have died.

Opposition leader Henrique Capriles called on Venezuelans to protest on the streets of Caracas Monday and organizers are calling on Venezuelans to uphold Article 350 of the current constitution, which says citizens should "disown any regime, legislation or authority that violates democratic values, principles and guarantees upon human rights."

In a speech to supporters Saturday, opposition lawmaker Freddy Guevara warned Venezuelans to prepare for tough times ahead. "After Sunday," he said, "it won't be easy for us."

The local and international outcry has cast a shadow over the assembly's election, and some believe it opens a door for dissent within the ruling party created by Maduro's mentor, the late President Hugo Chavez.

The assembly's broad powers mean it could even cause Maduro's own ouster if members of his party come to see him as a liability.

"The national constituent assembly is a very risky bet for the president, even in terms of his own coalition," Monaldi said.