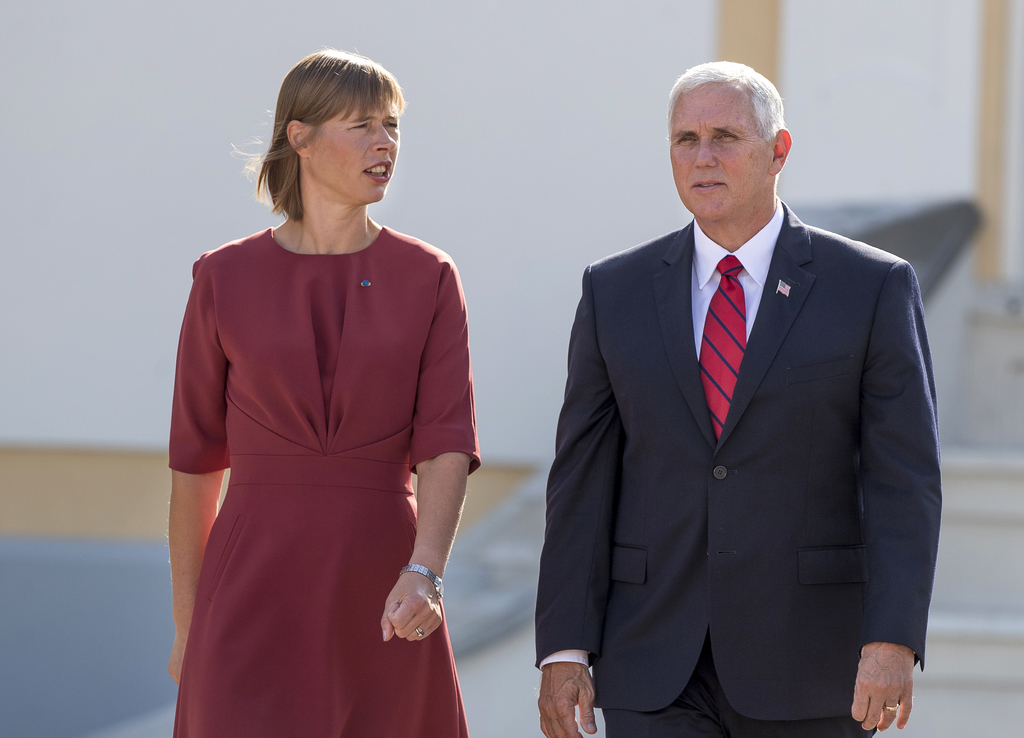 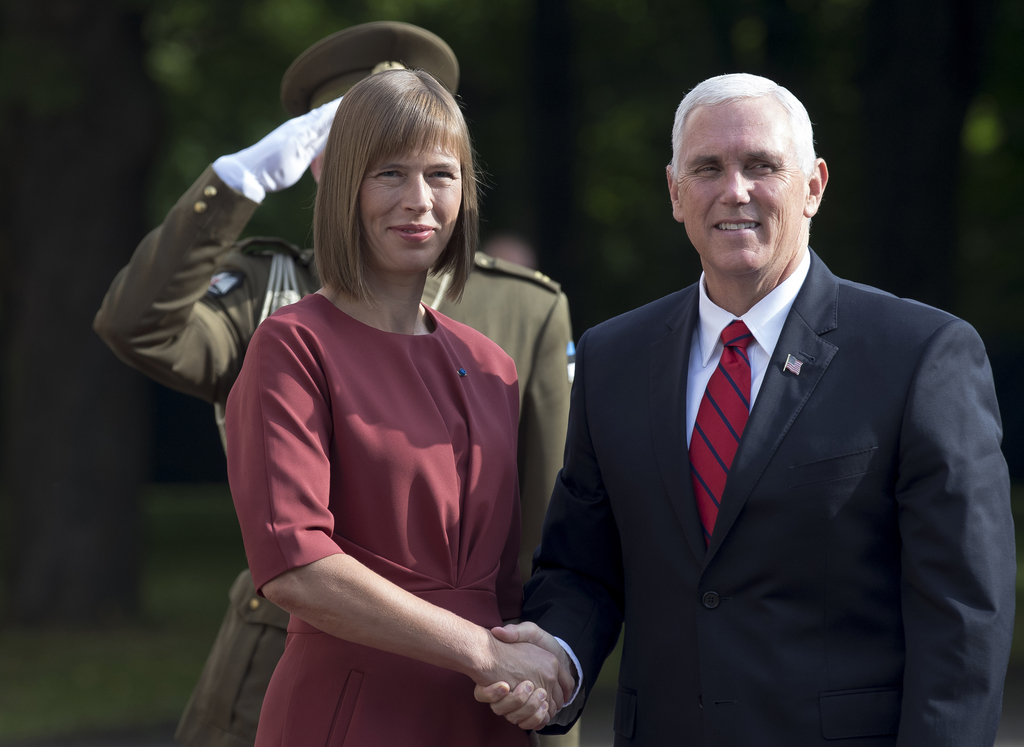 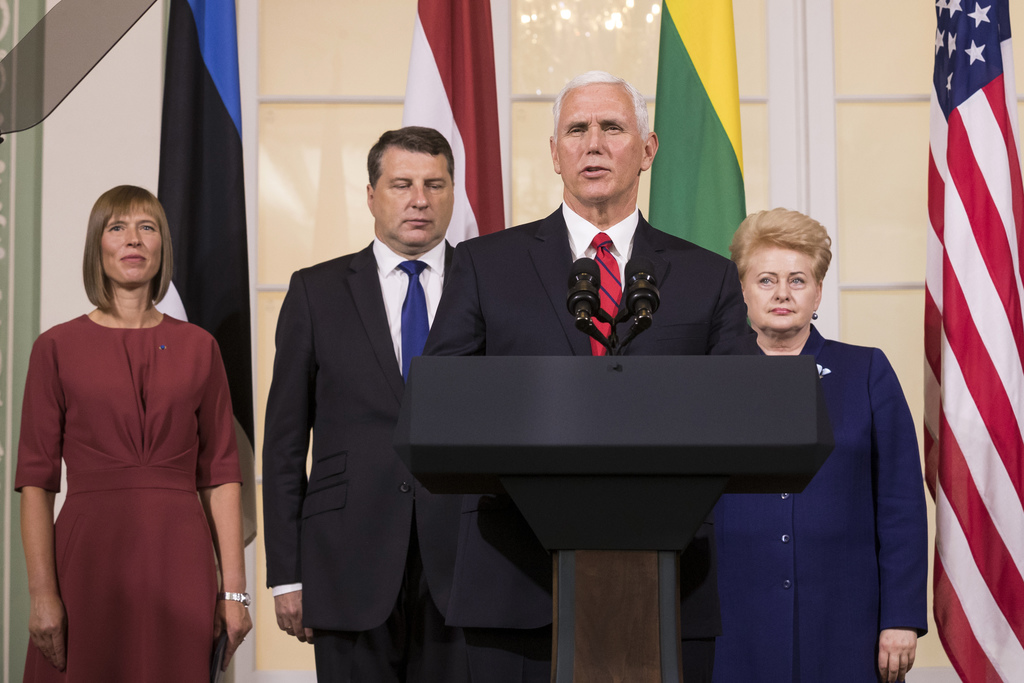 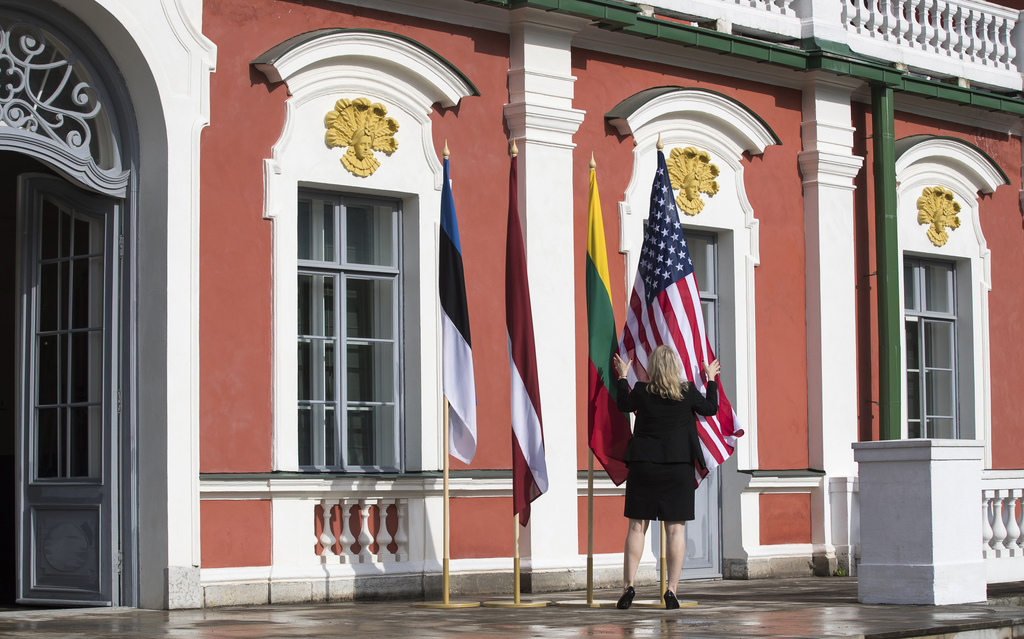 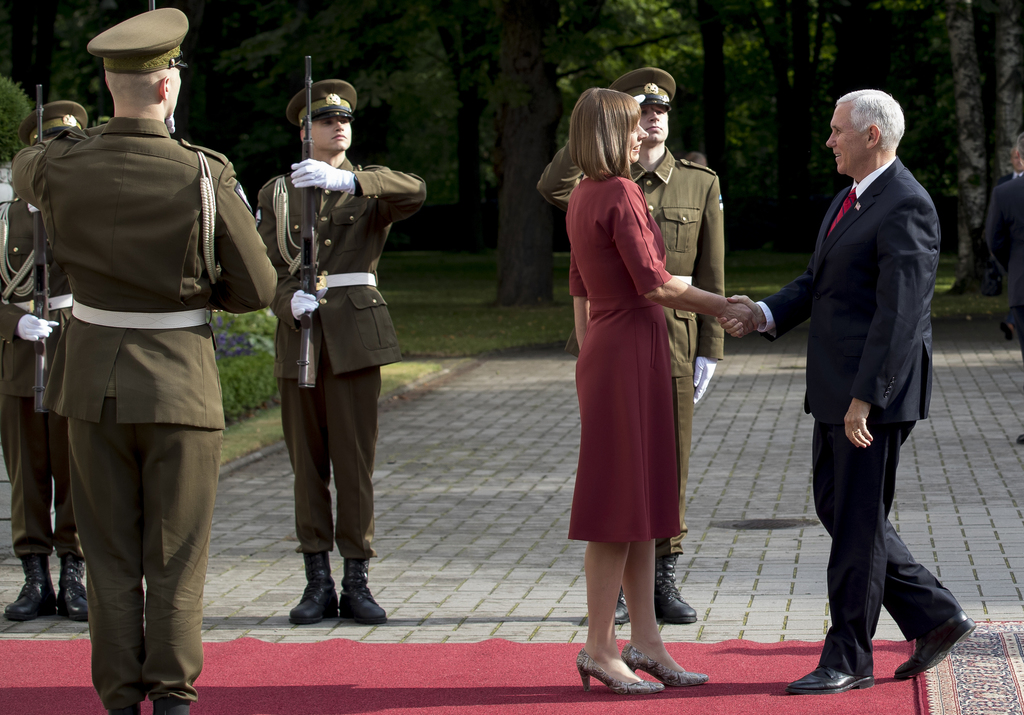 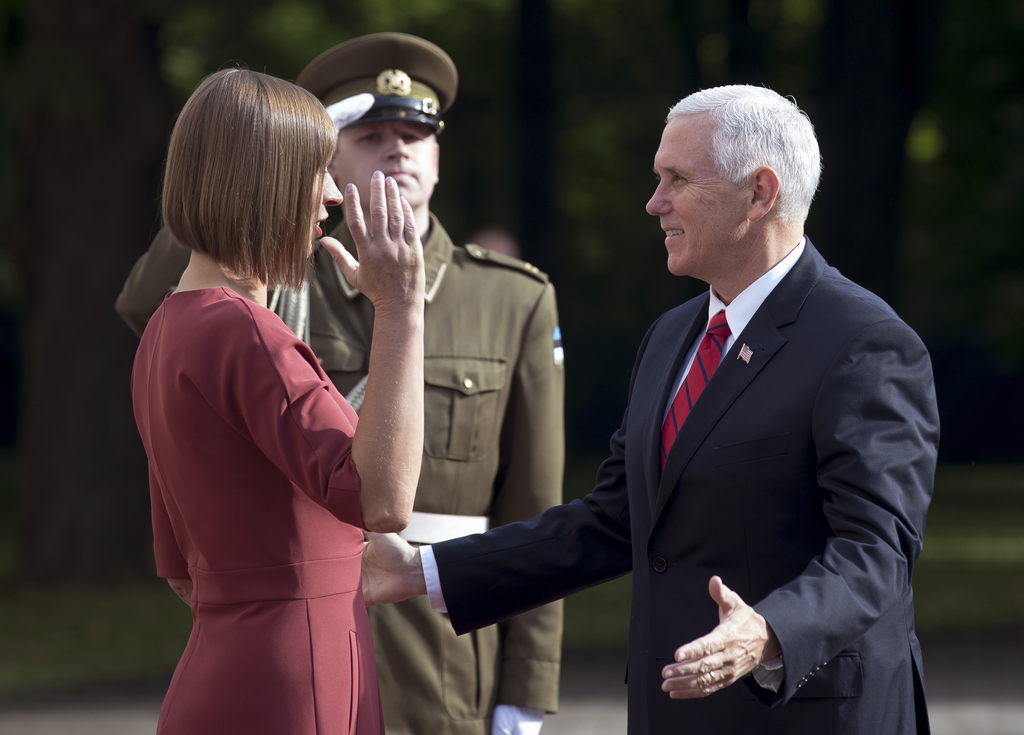 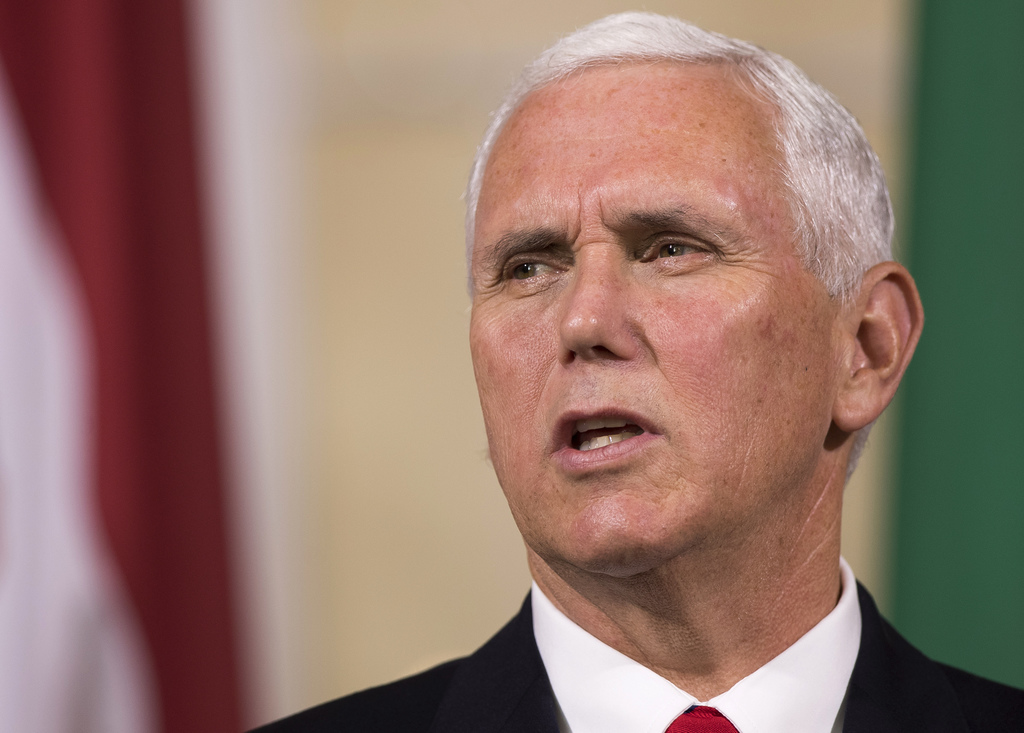 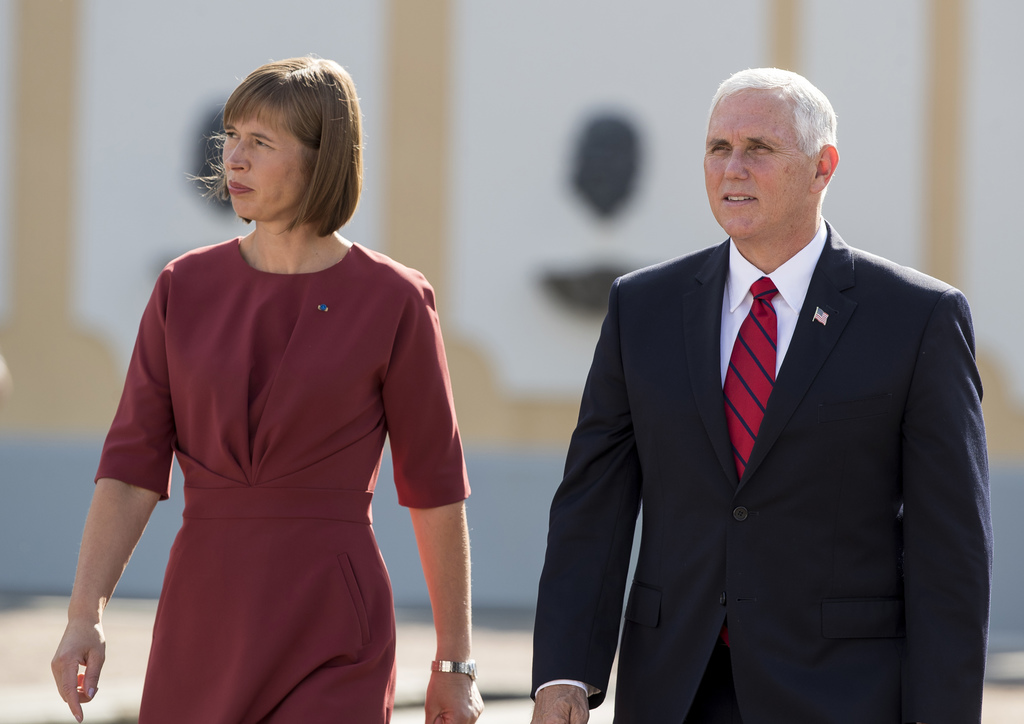 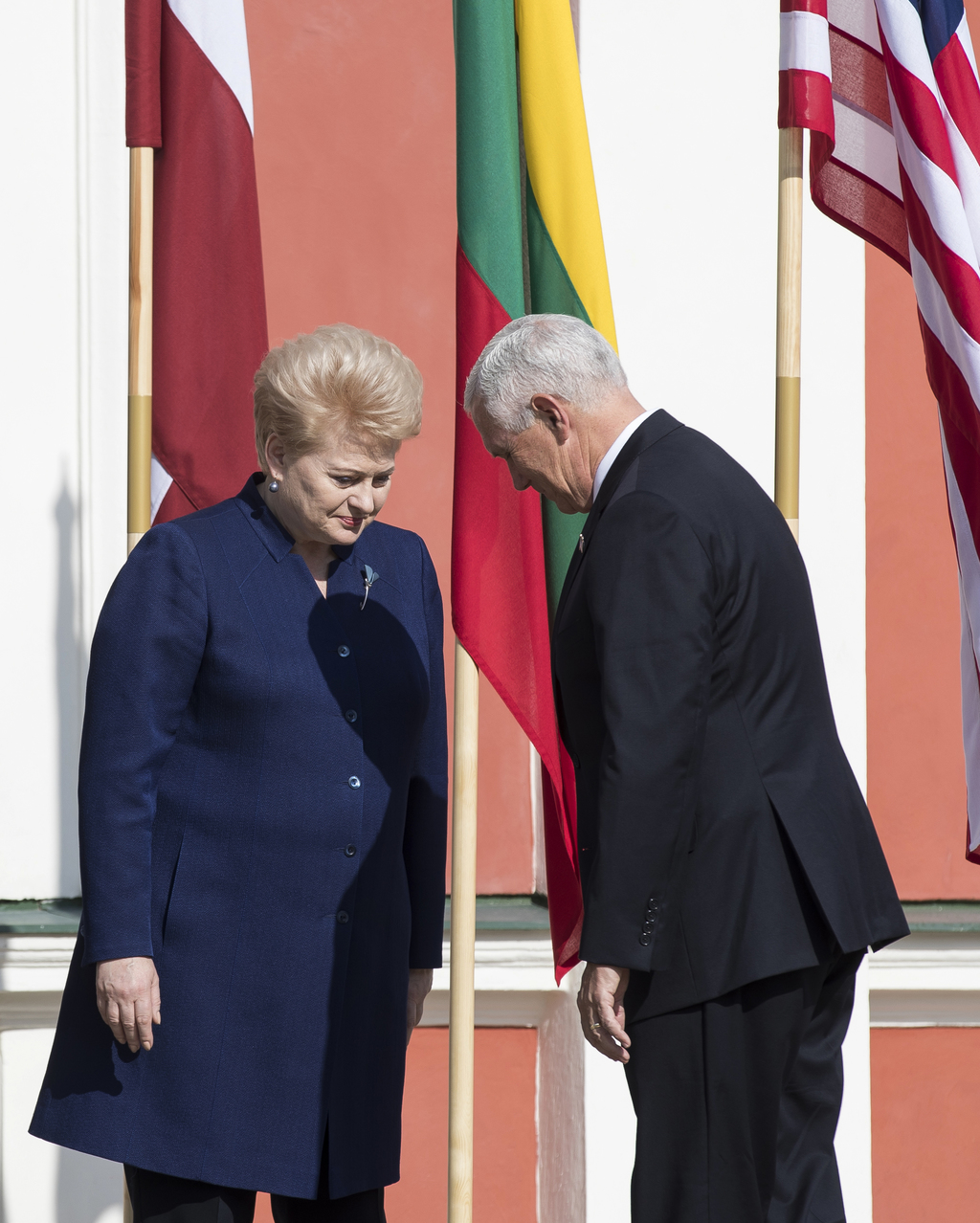 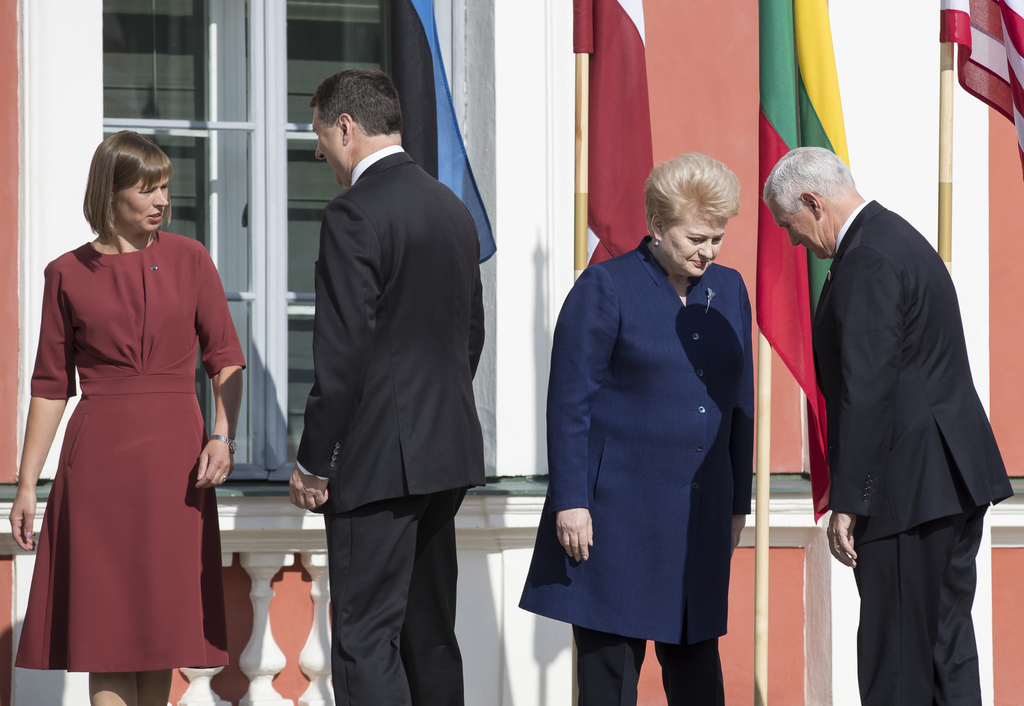 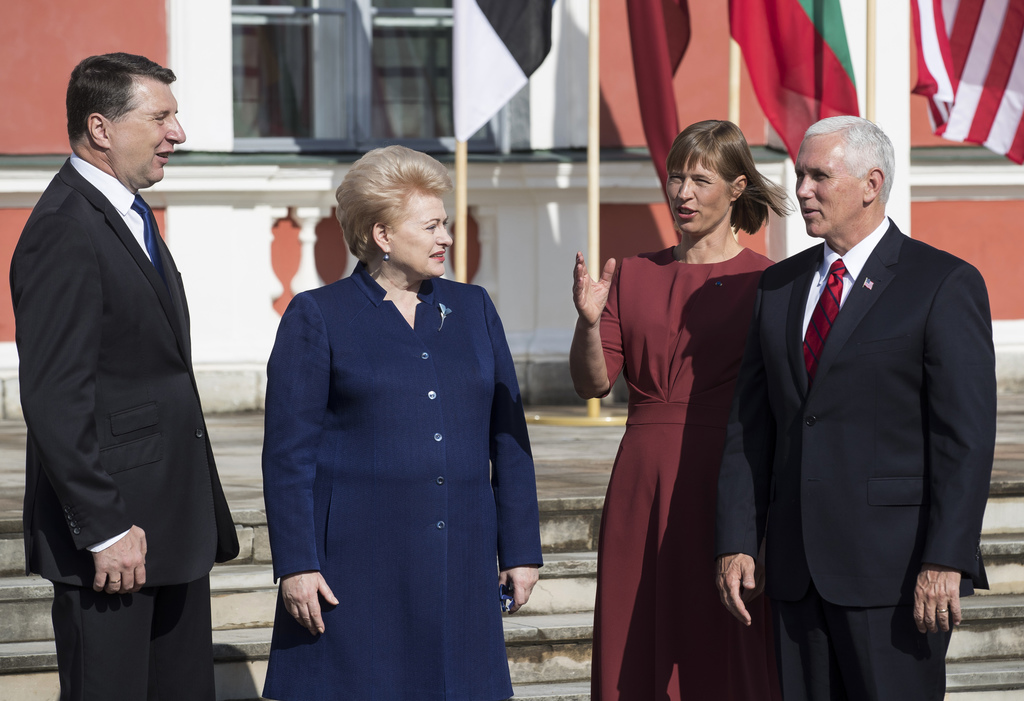 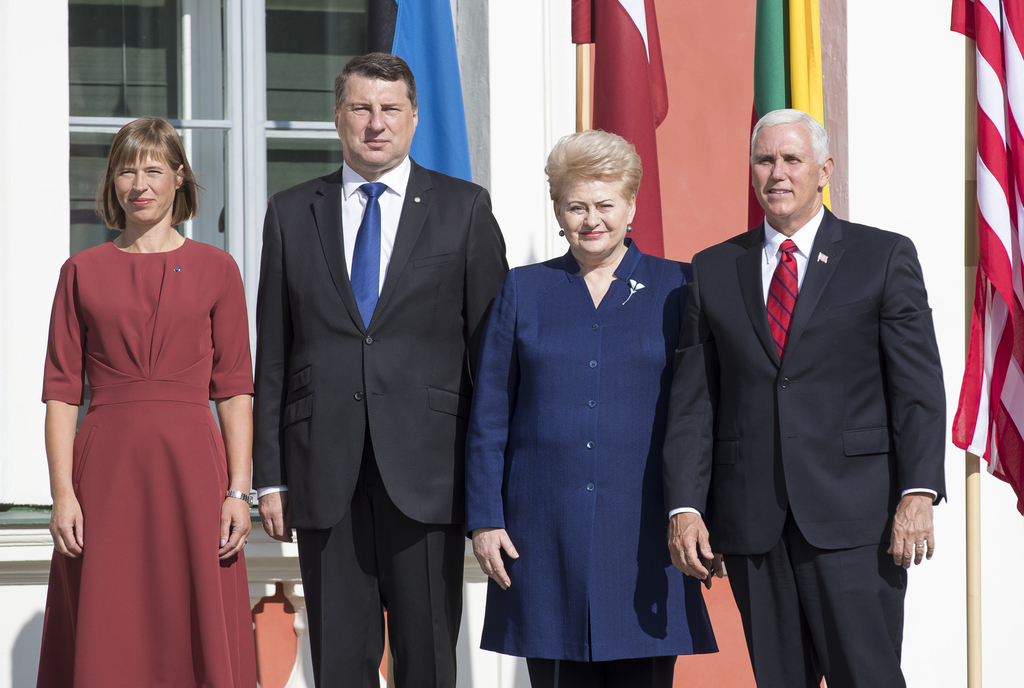 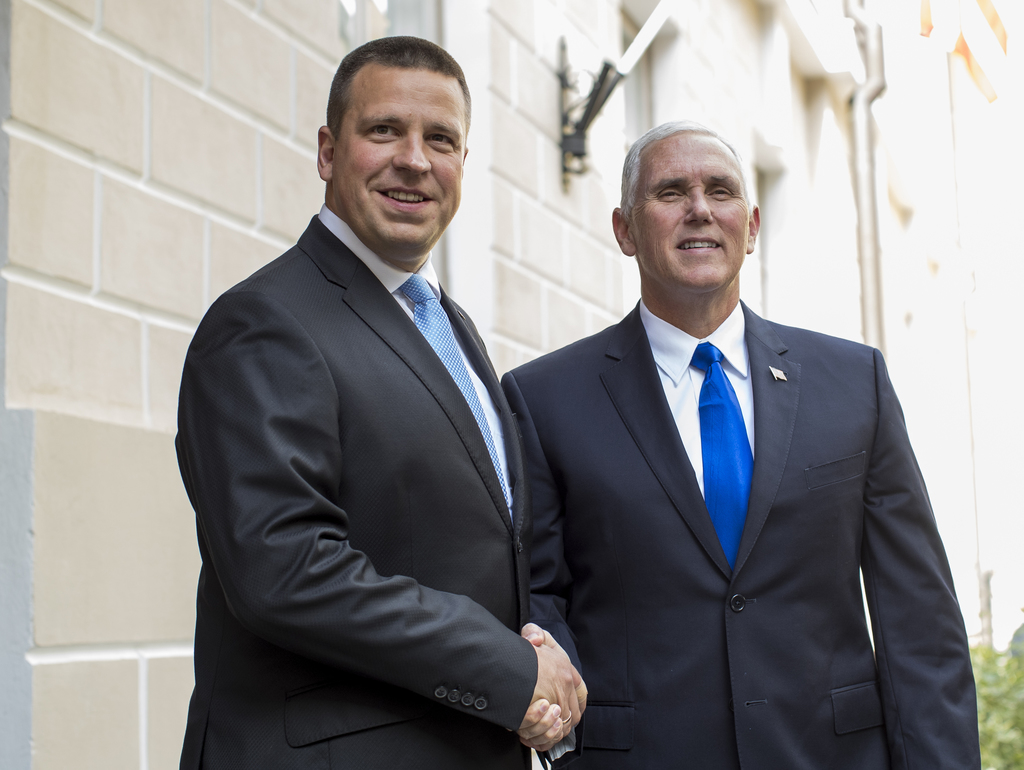 TALLINN, Estonia (AP) — The Latest on the visit to Europe of U.S. Vice President Mike Pence (all times local):

U.S. Vice President Mike Pence has ended a visit to Estonia after assuring the three Baltic states that the U.S firmly supports them and will come to their defense if they are threatened by an outside force, in line with a NATO treaty.

Before leaving the Estonian capital, Tallinn, Pence greeted NATO troops saying, "no threat looms larger in the Baltic states than the specter of aggression from your unpredictable neighbor to the east," in an obvious reference to Russia.

Earlier, he met the presidents of Estonia, Latvia and Lithuania for talks on security and regional issues.

He also planted an English oak before departing with his wife Karen on Air Force Two to Tbilisi, Georgia, on the next leg of a European tour that also takes him to Montenegro.

U.S. Vice President Mike Pence has strongly pledged America's commitment to protecting NATO allies against attacks, including the Baltic states, which have anxiously watched a growing Russian military presence in the region.

"Under President Donald Trump, the United States stands firmly behind our Article 5 pledge of mutual defense — an attack on one of us is an attack on us all," Pence told reporters Monday, after meeting with the presidents of Estonia, Latvia and Lithuania in the Estonian capital of Tallinn.

Mutual defense is a vital issue for the three small former Soviet states that border Russia, which were all occupied for nearly five decades by Soviet troops before regaining their independence in 1991 after the collapse of the Soviet Union.

Noting that Trump "knows security is the foundation of our prosperity," Pence said America and the Baltic countries would seek new ways to increase prosperity by increasing two-way trade that currently amounts to $3.5 billion and increasing mutual investments.